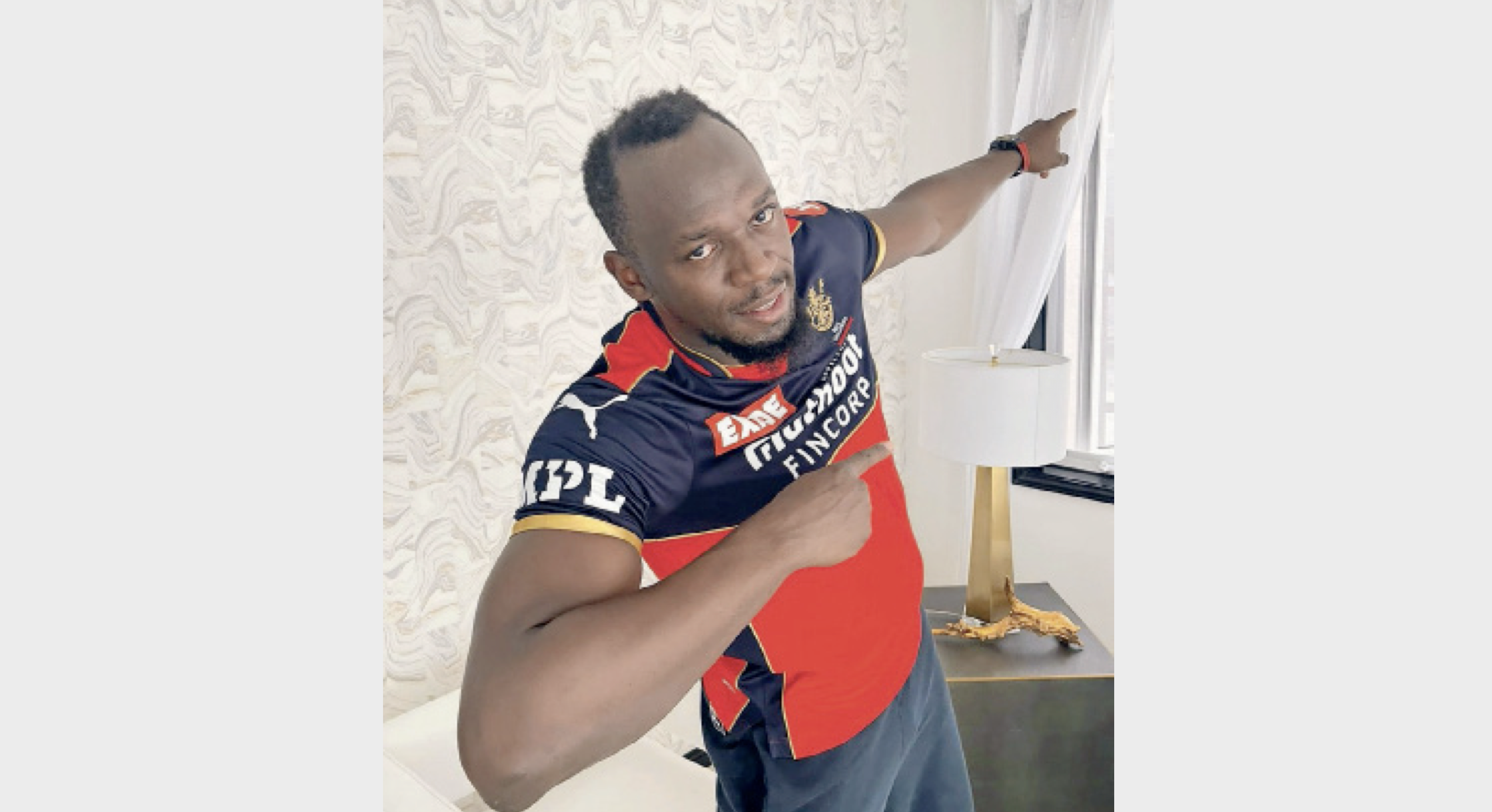 Bolt and Kohli are associated with the global sportswear brand PUMA

Ahead of the IPL opener in Chennai, legendary Jamaican sprinter Usain Bolt posted a photo of himself in an RCB jersey on Twitter, extending support to Virat Kohli and the entire Royal Challengers Bangalore (RCB) team.

Bolt and Kohli are associated with the global sportswear brand PUMA which recently announced a long-term partnership deal with the Bangalore-based franchise as its official kit partner.

In his tweet supporting RCB, Bolt also established his supremacy in his usual witty style as he wrote: “Challengers, just letting you know, I’m still the fastest cat around. @imVkohli @ABdeVilliers17 @pumacricket @RCBTweets.”

Then RCB’s star wicketkeeper-batsman AB de Villiers broke the internet with his witty reply: “We know whom to call when we need a few extra runs! @usainbolt @pumacricket.”

Earlier last week, the batting legends Kohli and De Villiers had engaged in a cheeky Twitter banter that saw the South African challenging the RCB skipper Kohli for a race.

The IPL 2021 opener between RCB and Mumbai Indians will be played on April 9.