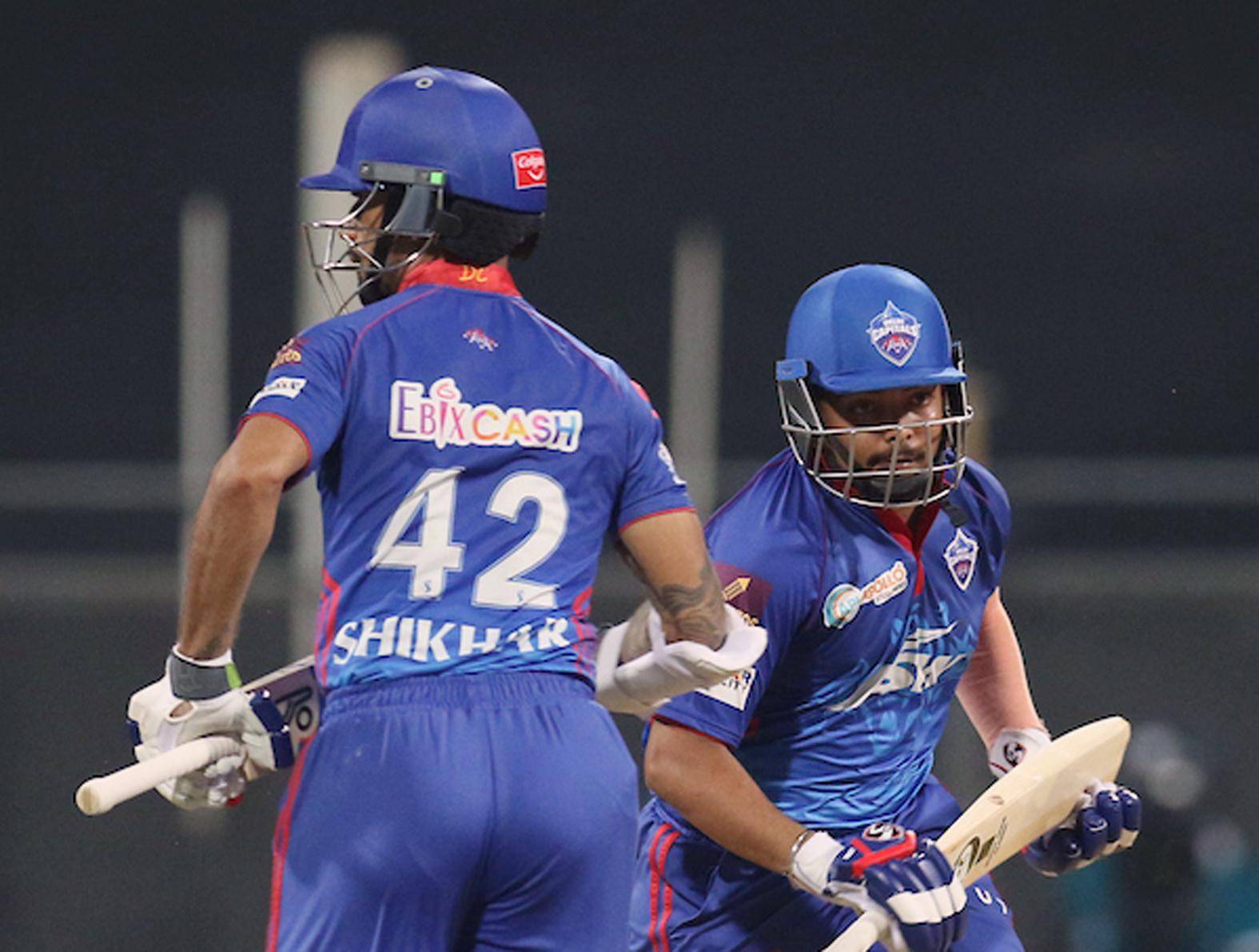 Shikhar Dhawan and Prithvi Shaw of Delhi Capitals running between the wicket during the match against Punjab Kings. — ANI


The Mumbai Indians and Delhi Capitals, the finalists of the 2020 Indian Premier League (IPL), meet on Tuesday night in what promises to be a riveting contest. Both teams have two wins and a defeat before this game and will desperately want the two points at stake to consolidate their position on the table, currently headed by the Royal Challengers Bangalore.

So far, Mumbai and Delhi have progressed in this tournament in contrasting fashion. The defending champions have relied largely on their bowling to win matches, and done this very impressively, defending below par scores with great spirit.

Even their defeat to the RCB in the tournament opener came off the last ball, again defending a modest total.

And on Tuesday, it could be a battle between Mumbai’s miserly bowlers and the Delhi prolific top-order batsmen.

When needed, Kieron Pollard with seam-up medium pace and clever variations, can be relied on to provide breakthroughs.

Rahul Chahar, the young leg-spinner, has been brilliant so far with his splendid control and guile. After a barren first match, he’s come into his own with seven wickets in the next two, providing Mumbai crucial wickets in the middle overs, after which Bumrah and Boult return to choke opponents in the death.

On the other hand, Delhi have relied on their top order batting, particularly openers Shikhar Dhawan and Prithvi Shaw, for the two wins. So dazzling has been their batting that against CSK, DC chased down 188 in 18.4 overs and on Sunday against Punjab Kings, they reached the target of 196 in just 18.2.

Dhawan has resumed where he left off last season, batting with great flair, taking bowlers apart with strokes to all parts of the ground, making it virtually impossible for rival captains to set fields against him. His 92 against Punjab in a stiff run chase was a gem.

Dawan has his eye on the T20 World Cup. On current form, it would be difficult for India’s selectors to ignore him even if Kohli playing as opener puts them in a dilemma. If this rich vein of scores continues, he should be in the squad, if not as a first choice opener.

Dhawan and Shaw have struck a fine understanding which has helped DC get flying starts in two of the three matches, and Pant has looked in good nick. Concern for DC would be that when Dhawan and Shaw failed, so did the batting, barring Rishabh Pant.

The Mumbai Indians will be looking for big runs from captain Rohit Sharma at the top, and a strong finish from Pollard and the Pandya brothers.

The Delhi Capitals are still waiting for their bowlers to settle into wicket-taking rhythm. Kagiso Rabada and Ravichandran Ashwin, the mainstays, haven’t hit top form as yet.

Young Avesh Khan has so far been the most impressive bowler. Anrich Nortje’s return could give the attack some wicket-taking heft.