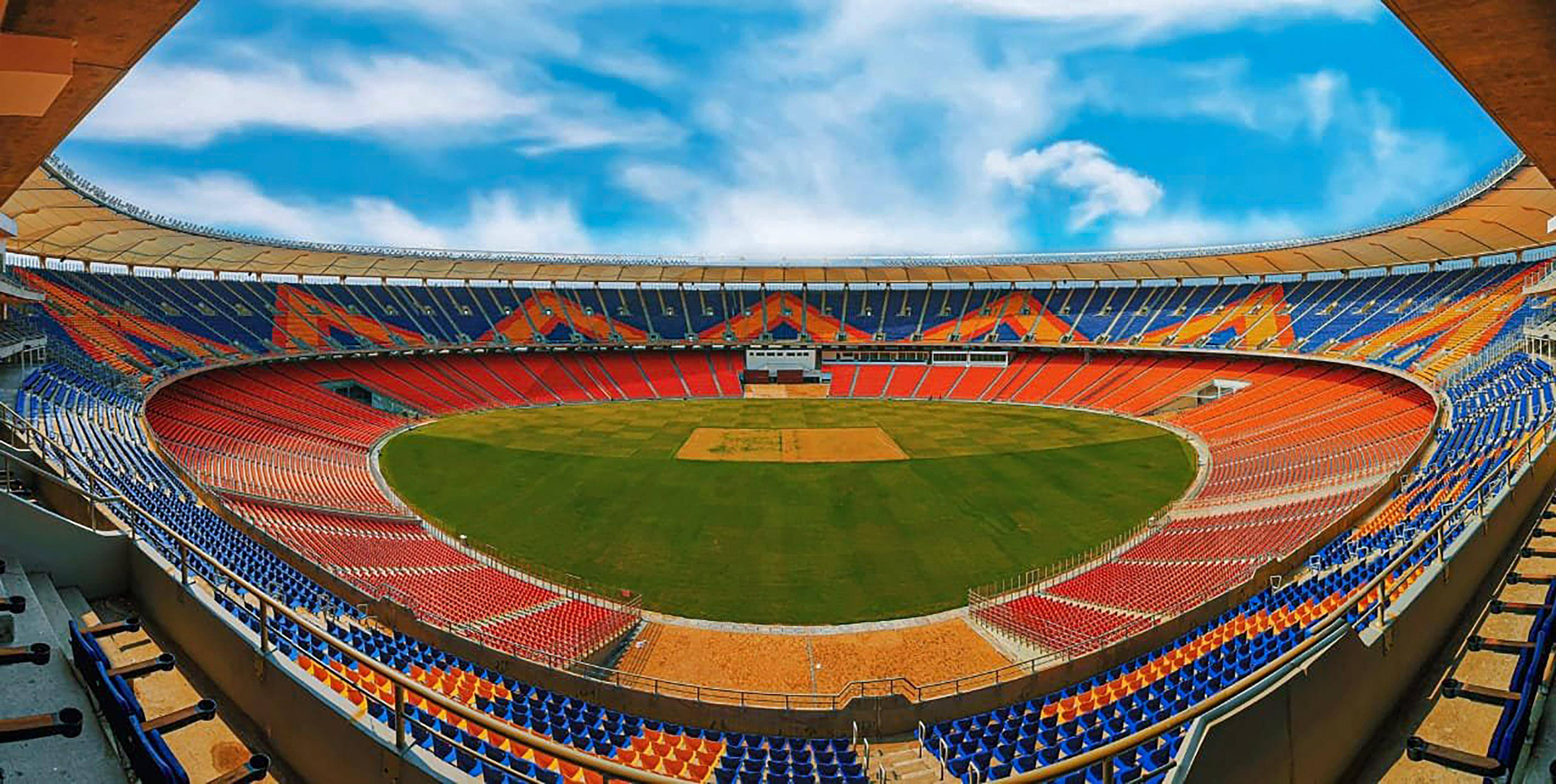 The Sardar Patel Stadium looks colossal under lights, but the first Test match in many years would mean that even the home team wouldn't expect a lot of advantage

Ahmedabad as a cricketing venue has been witness to a lot of cricketing feats in Indian cricket -- from Sunil Gavaskar's famous late cut to complete 10,000 runs in Tests to Kapil Dev's best bowling figures of 9 for 83 and also him eclipsing Richard Hadlee's then world record of highest wickets.

On Wednesday, Ishant Sharma joining Kapil as the second Indian pacer to play 100 Tests would be the latest addition to the list of Ahmedabad's cricketing landmarks and Kohli scoring a hundred is just what the 55,000 odd spectators, who would be allowed in, might crave.

The refurbished Sardar Patel Stadium looks colossal under lights but the first Test match in many years would mean that even the home team wouldn't expect a lot of advantage.

#TeamIndia practice under lights as they gear up for the pink-ball Test at the Cricket Stadium at Motera. @Paytm #INDvENG

Here are a few snapshots from the nets session pic.twitter.com/bXOMd5ARxn

It would prefer a square turner to go 2-1 up in a high-stakes game but whether it actually gets one remains to be seen.

As senior opener Rohit Sharma was clear in team's choice of surface -- a turner that helps Ravichandran Ashwin and Axar Patel just like Joe Root would have opted for a green top at the Headingley or the Old Trafford.

There are a few more questions that would demand answers.

How would the twilight period be for the batsmen as James Anderson feels that the ball swings more in that phase?

Will the extra lacquer on the 'SG Test Pink' make it difficult for the Ashwin-Axar combo which wreaked havoc on the Chepauk snake pit?

As the world's largest cricket stadium gears up to host the @Paytm #INDvENG pink-ball Test, excitement levels are high in the #TeamIndia camp - by @RajalArora

And with a 2:30 pm (1pm UAE Time) start, how much will the dew have a bearing during the final session? The ball would be difficult to grip at that point for slow bowlers and the pitch, despite grass being shaved off, might ease out with ball skidding off the surface.

When there are so many unknown variables that warrant factoring, any captain would like to assess conditions as senior speedster Ishant said on Monday.

"...this pink ball test match we are playing in new ground, so for even for us there are a few things we don't know how we will have to tackle (and) all these things," Ishant said on the eve of his 100th Test match.

His opposite number James Anderson, however, has no doubts whatsoever that by the time clock ticks 2:30 pm on Wednesday, the track will bear a bald look, similar to Chepauk.

Umesh Yadav passing the fitness test was good news for the Indian camp as Kuldeep Yadav is likely to be dropped from the playing XI.

Umesh, along with Ishant and the now injured Mohammed Shami, had polished off Bangladesh twice inside six sessions in the inaugural Pink Test match in Kolkata.

Hardik Pandya has been kept with the Test team with an eye on his bowling workload but it's not known whether the team thinks that he is Test match ready.

Pandya taking the load of a maximum 15 overs per innings on a turner could provide more balance to the playing XI and his big-hitting can tilt any game in India's favour.

For England, with Moeen Ali back home as part of workload management, Dom Bess is expected to be back alongside Jack Leach in the spin department.

However, whether Anderson and Jofra Archer will have Stuart Broad or Mark Wood for company is still not clear.

Also, talented batsman Zak Crawley could be back in the playing XI in place of Rory Burns while Jonny Bairstow can replace Dan Lawrence at number three.