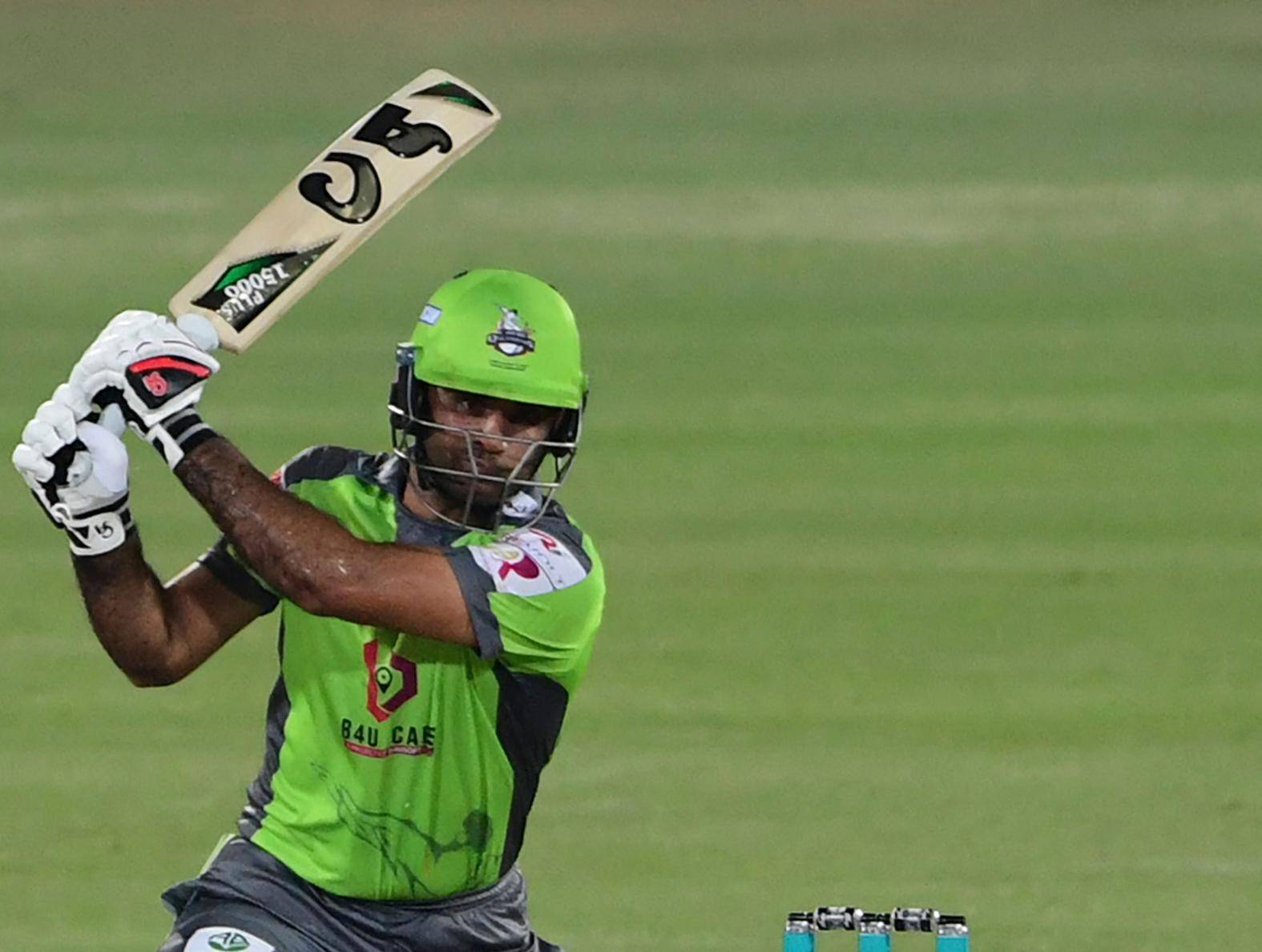 Fakhar Zaman (82 not out) and Mohammad Hafeez (73 not out) put on great batting exhibition to fire Lahore Qalandars to 9-wicket victory over Quetta Gladiators in the Pakistan Super League match at Karachi National Stadium on Monday.

The pair put on 115 runs partnership and never looked in trouble while chasing a formidable 179 under the lights.

Chasing a tough target, Lahore Qalandars were off to a brisk start as they reached 50 mark in 6.4 overs without losing a wicket. Fakhar Zaman looked in a sublime touch and did most of the scoring in the opening partnership of 64. Sohail Akhtar who looked circumspect and departed finally after scoring 21 off 26 overs in 9th over. Fakhar reached 50 off 31 balls. Lahore Qalandars eased to the target in 18.2 overs.

Earlier, Quetta Gladiators suffered early blows as their openers Tom Banton (4) and Saim Ayub (3) failed to give them a good start after they were sent into bat.

Fast bowling is one of the strengths of Qalandars and Shaheen Shah Afridi and Haris Rauf dismissed the openers cheaply.

The Qalandars made one change to their playing XI, with Rauf replacing Salman Mirza.

The Gladiators entered the match after suffering a seven-wicket defeat at the hands of Karachi Kings in the opener of this year’s tournament on Saturday. The Qalandars, meanwhile, won their opening match by three wickets against Peshawar Zalmi on Sunday.

Chris Gayle who failed to fire in the first match started cautiously and he was lucky to get two lives and reached his 50 off 32 balls.

Sarfaraz Ahmed looked determined from the word go and started his innings in a positive manner. He came at the fall of Ayub and hit two consecutive boundaries off Afridi’s next two deliveries. He put on 111 runs partnership with Gayle for fourth wicket. He was undone by Rauf bouncer as he tried hit him out of the ground and lost his wicket in the process. Gayle looked threatening but Rashid Kahn had other plans. The spinners cleaned him up in the 15th over but not before the Universe Boss scored 68 off 40 balls embellished with five 6s and five 4s.

Now Mohammad Nawaz joined Azam Khan in the middle but they found it difficult to score freely. Moeen Khan’s son Azam departed after making 13 off nine balls. Nawaz played a gem of an innings as he hit couple of huge sixes off Afridi and Rauf. The all-rounders made 33 off 20 balls and took Gladiators’ score to 178. Rauf grabbed three wickets and generated some real pace.