200 craftsmen were employed to produce the black cloth covering.

The Kiswa, the cloth covering the Holy Ka'aba, was replaced on Sunday night. In accordance with the annual tradition, the process was carried out by the staff of the General Presidency for the Affairs of the Grand Mosque and the Prophet Mosque. 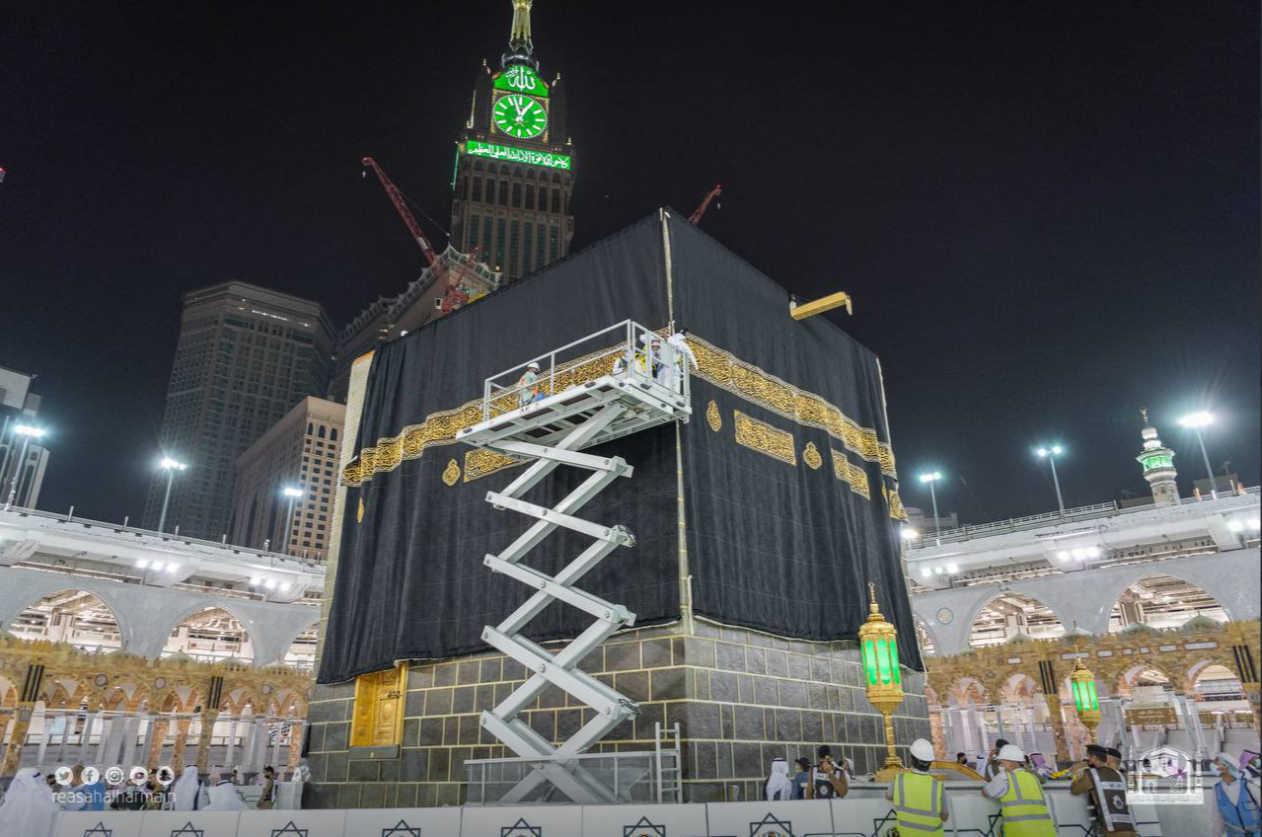 The chosen team from the General Administration of King Abdulaziz Complex for the Kiswah of the Holy Ka'aba took down the old Kiswa. They then put a new one in place, taking the utmost safety precautions while doing so. 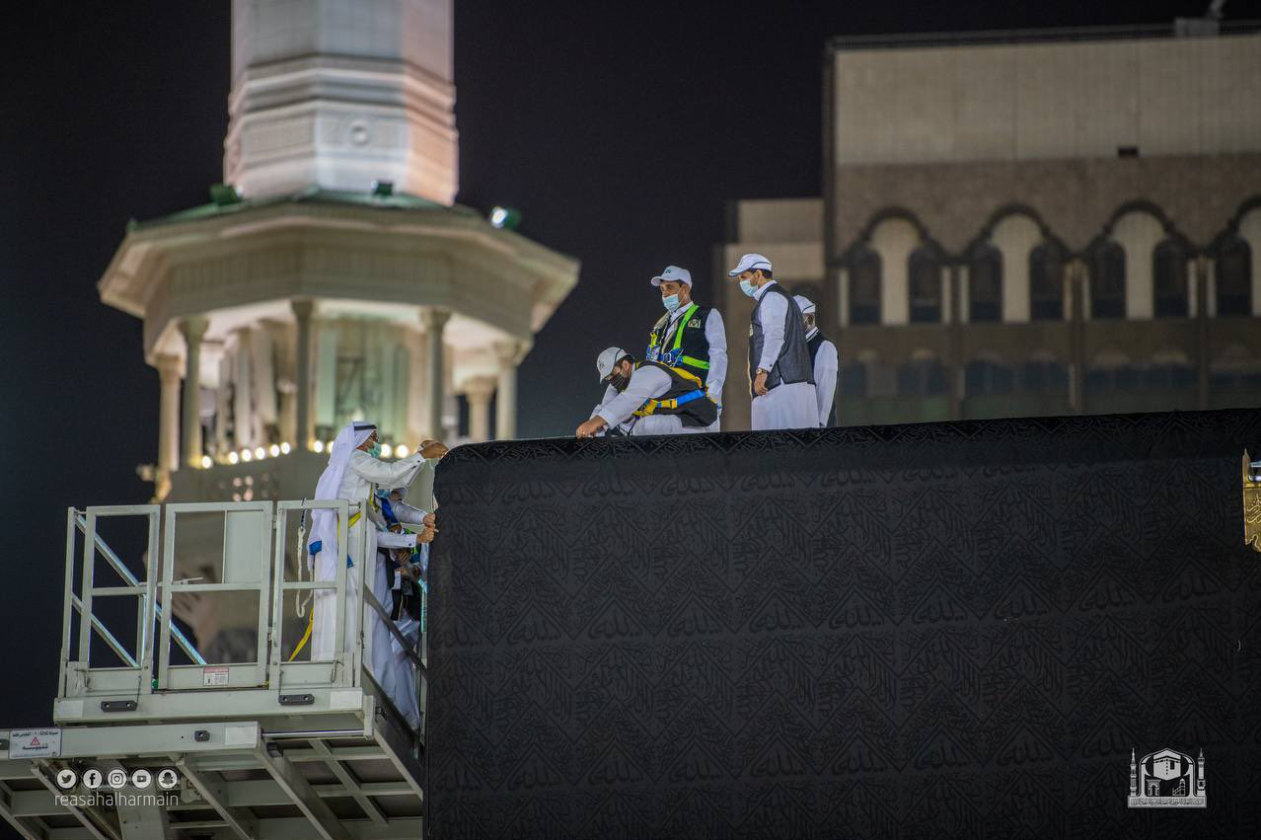 Deputy Head of the General Presidency for the Grand Mosque Affairs Dr Saad bin Mohammad Al Mohaimeed said, in a statement, that the Kaaba cloth is made of 670 kg of high-quality silk, 120 kg of gold threads, and 100 kg of silver threads. 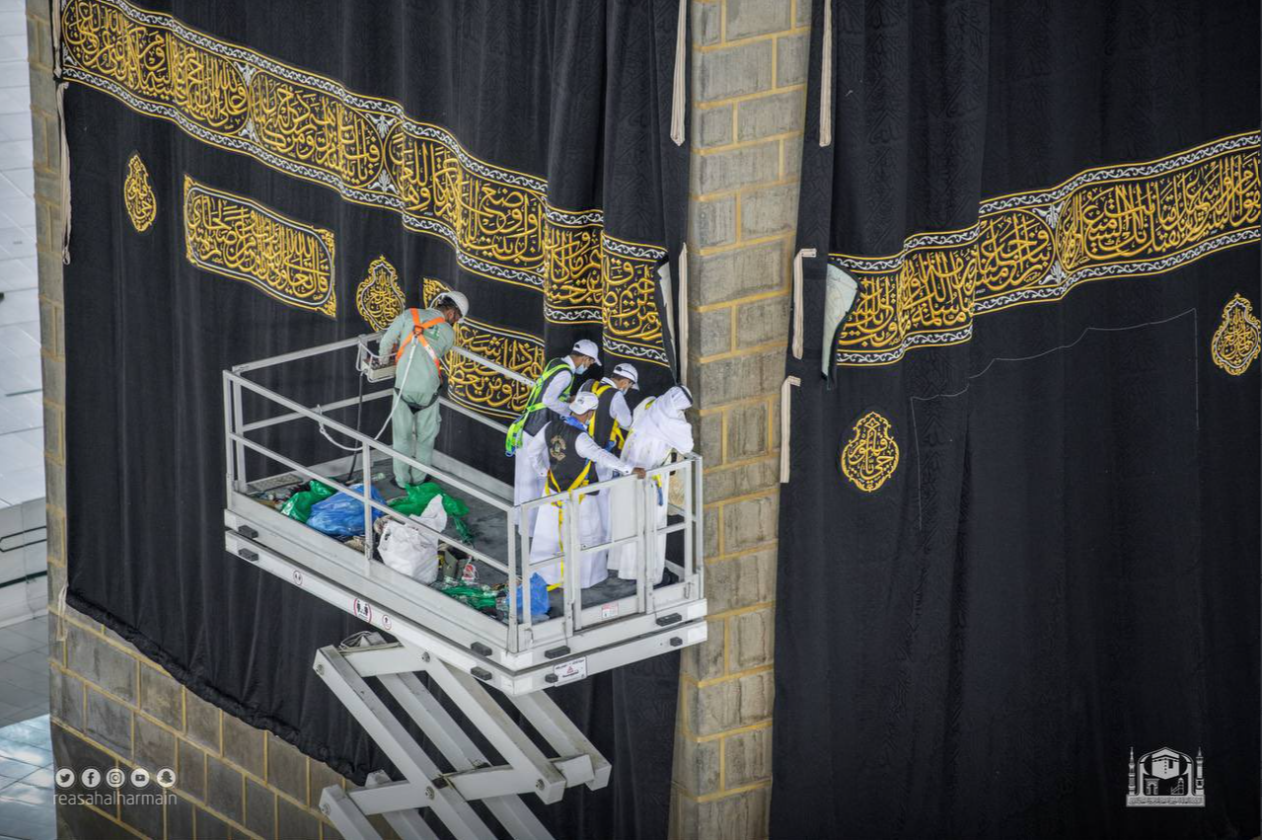 As many as 200 Saudi craftsmen were employed to produce the black curtain at King Abdulaziz Complex for Holy Kaaba Kiswa, Al Mohaimeed said.