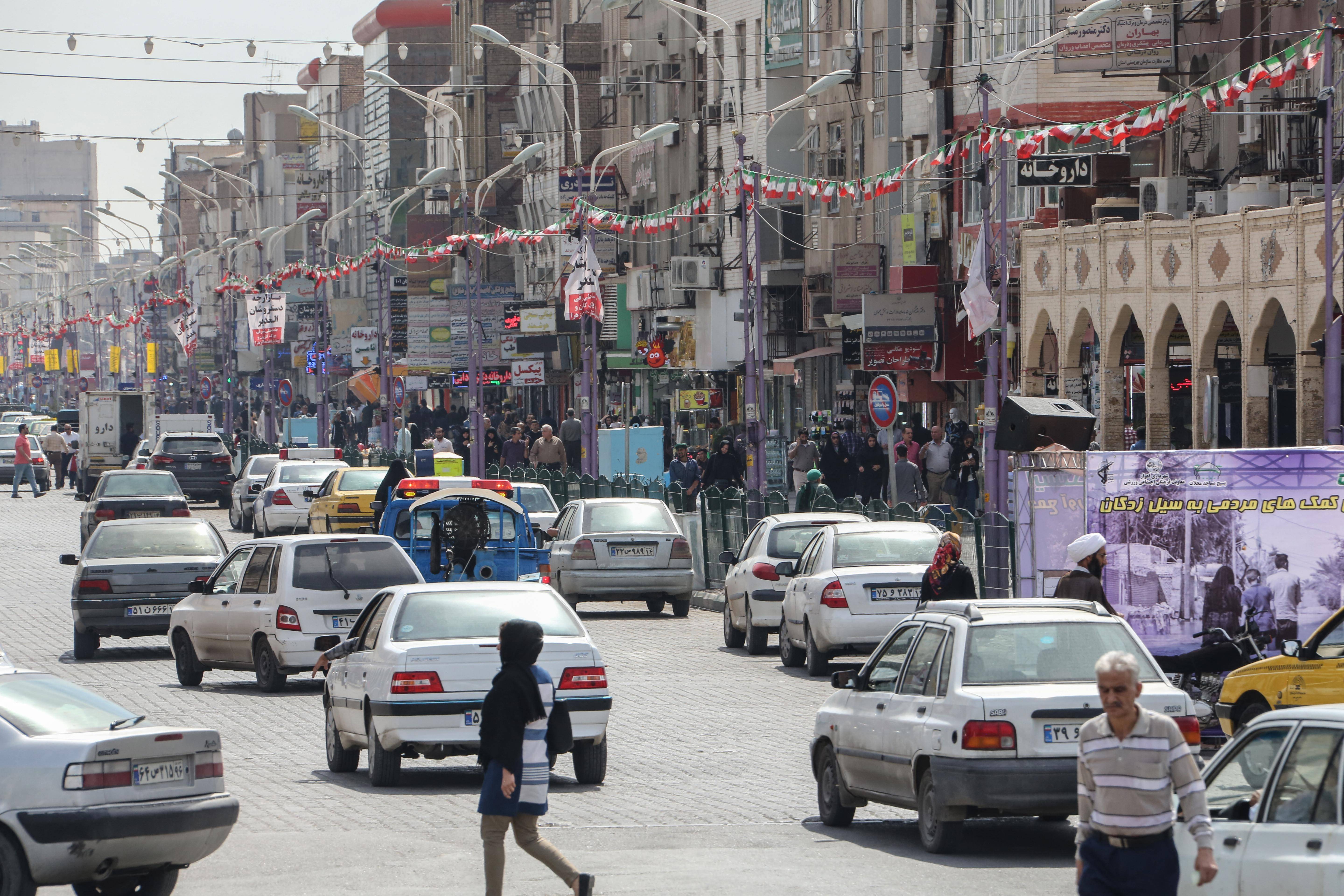 People cross a street in Ahvaz, the capital of Khuzestan. Photo: AFP

Demonstrator was killed in the Khuzestan province town of Shadegan.


A demonstrator was shot dead during protests against water shortages in drought-hit southwestern Iran, state media reported Saturday, with an official blaming the death on "opportunists and rioters".

The demonstrator was killed in the Khuzestan province town of Shadegan, the official IRNA news agency said.

"Last night (Friday), a number of Shadegan's people had gathered to protest water shortages due to the drought, during which opportunists and rioters shot dead one of the demonstrators," the county's acting governor, Omid Sabripour, told IRNA.

Sabripour said the perpetrators "sought to agitate the people by shooting in the air" and a "young Shadegan resident" was shot in the process.

The victim was a "30-year-old passer-by" and that those responsible were identified and some arrested last night, with a manhunt under way for the others.

A persistent drought in Khuzestan province has led to tensions over water since late March, IRNA reported.

Iran has endured repeated droughts over the past decade, particularly in the south.

Earlier this month, President Hassan Rouhani said this year's drought was "unprecedented" with average rainfall down 52 per cent compared to the previous year.

Earlier this week, the government sent a delegation to Khuzestan to tackle the water shortage.