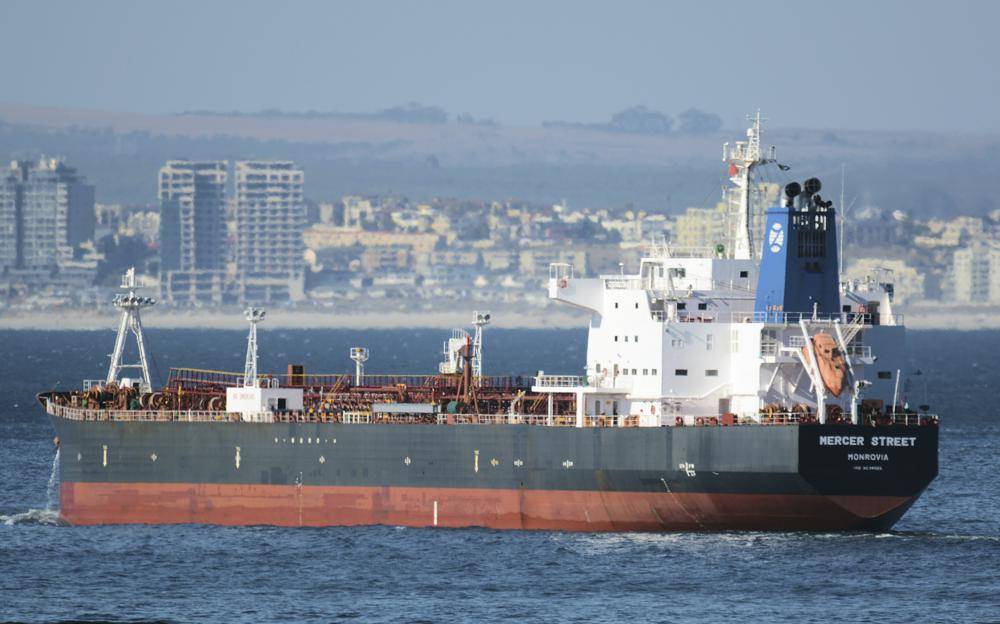 The foreign ministry spokesperson said the allegation was baseless.


Iran on Sunday denied it launched the drone attack on an oil tanker off the coast of Oman that killed two people, even as Israel alleges Tehran carried out the assault amid heightened tensions in the region.

The comment by Iranian foreign ministry spokesman Saeed Khatibzadeh marked the first official comments on the attack from Tehran, which will see a new president inaugurated on Thursday. It also came around an hour after Iran's outgoing president acknowledged that his government at times "did not tell part of the truth" to the public during his term.

The strike on Thursday night on the oil tanker Mercer Street marked the first known fatal attack after years of assaults on commercial shipping in the region linked to tensions with Iran over its tattered nuclear deal. While no one has claimed responsibility for the attack, Israeli officials alleged Tehran launched the drone strike. Iran and its militia allies have used so-called "suicide" drones in attacks previously.

On Sunday, Khatibzadeh described the allegation Iran carried out the attack as "baseless" during his last news conference.

"Such blame games are nothing new," Khatibzadeh said.

The American nuclear-powered aircraft carrier USS Ronald Reagan and the guided missile destroyer USS Mitscher were escorting the Mercer Street as it headed to a safe port, the US Navy’s Mideast-based 5th Fleet said in a statement early Saturday. It said Navy explosive experts believe a drone attacked the vessel.

The drone attack blasted a hole through the top of the oil tanker's bridge, where the captain and crew command the vessel, a US official said. The official spoke on condition of anonymity as an investigation into the attack still was ongoing.

The Mercer Street is managed by London-based Zodiac Maritime, part of Israeli billionaire Eyal Ofer's Zodiac Group. The firm said the attack killed two crew members, one from the UK and the other from Romania. It did not name them, nor did it describe what happened in the assault. It said it believed no other crew members on board were harmed.

British maritime security firm Ambrey said the attack on the Mercer Street had killed one of its team members on board the vessel.