The Rising Stars will be collaborating with WBC Cares and the Amir Khan Foundation to help kids achieve their dreams.

Boxing champion Amir Khan on Monday met with the Rising Stars (Stars of Determination) an initiative founded by Dubai resident Rahima Amiraly to support people with disabilities. The Rising Stars will be collaborating with WBC Cares and the Amir Khan Foundation, which the boxer runs, to help these children achieve their dreams. 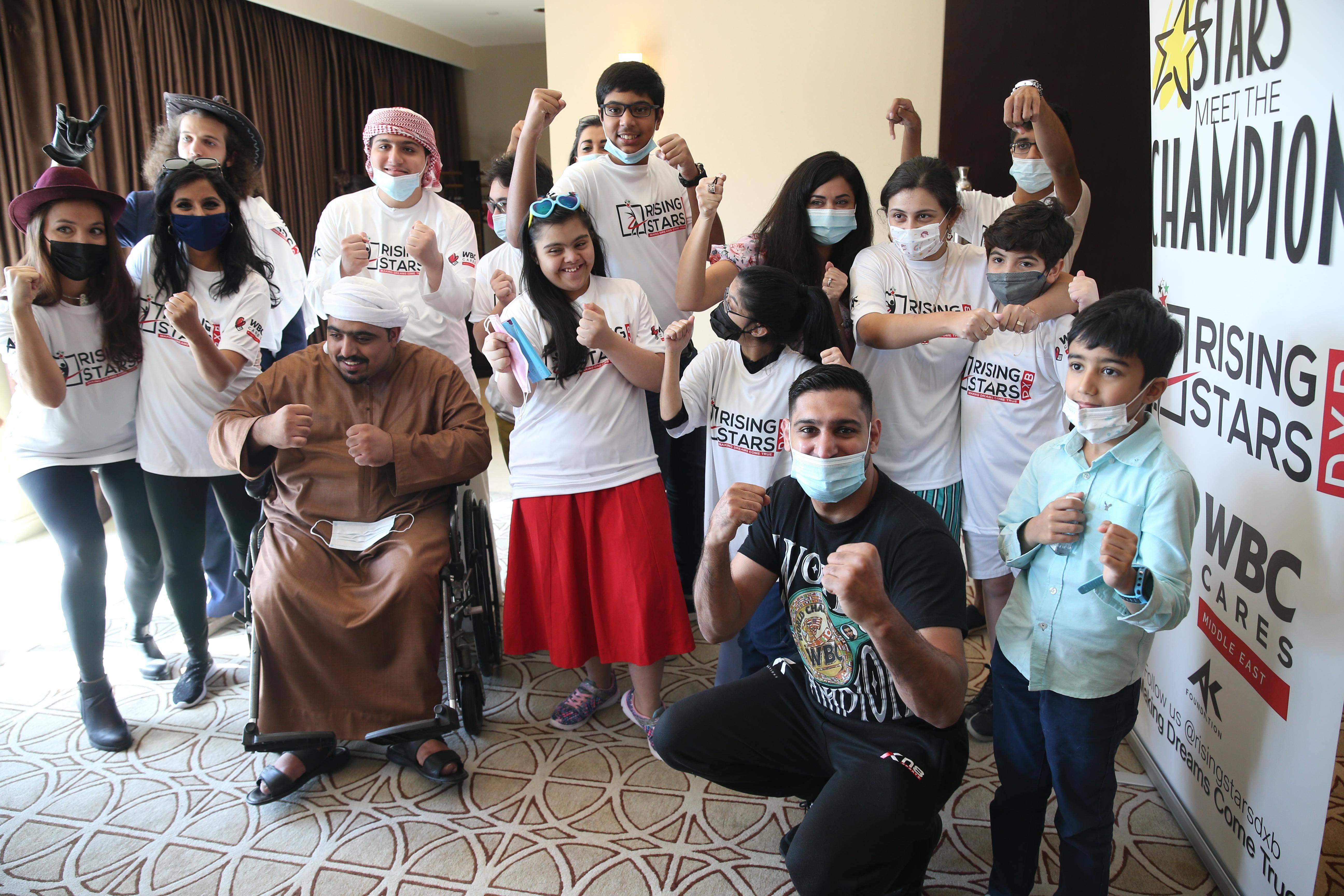 The 34-year-old, a regular visitor to Dubai and who plans to make the city his home, came calling and spent time with them on Monday. The meet and greet was titled: ‘When the stars meet the champion.” 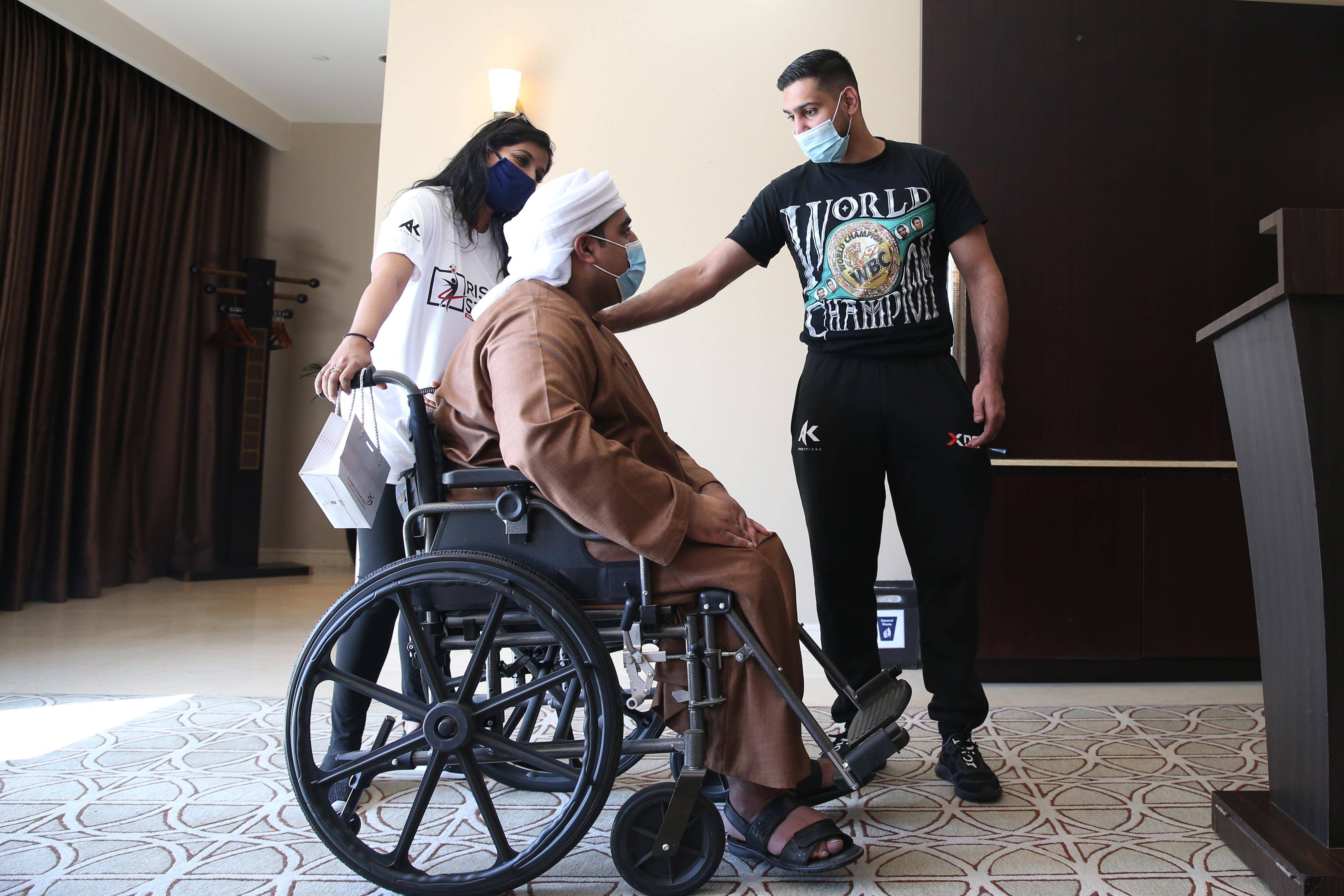 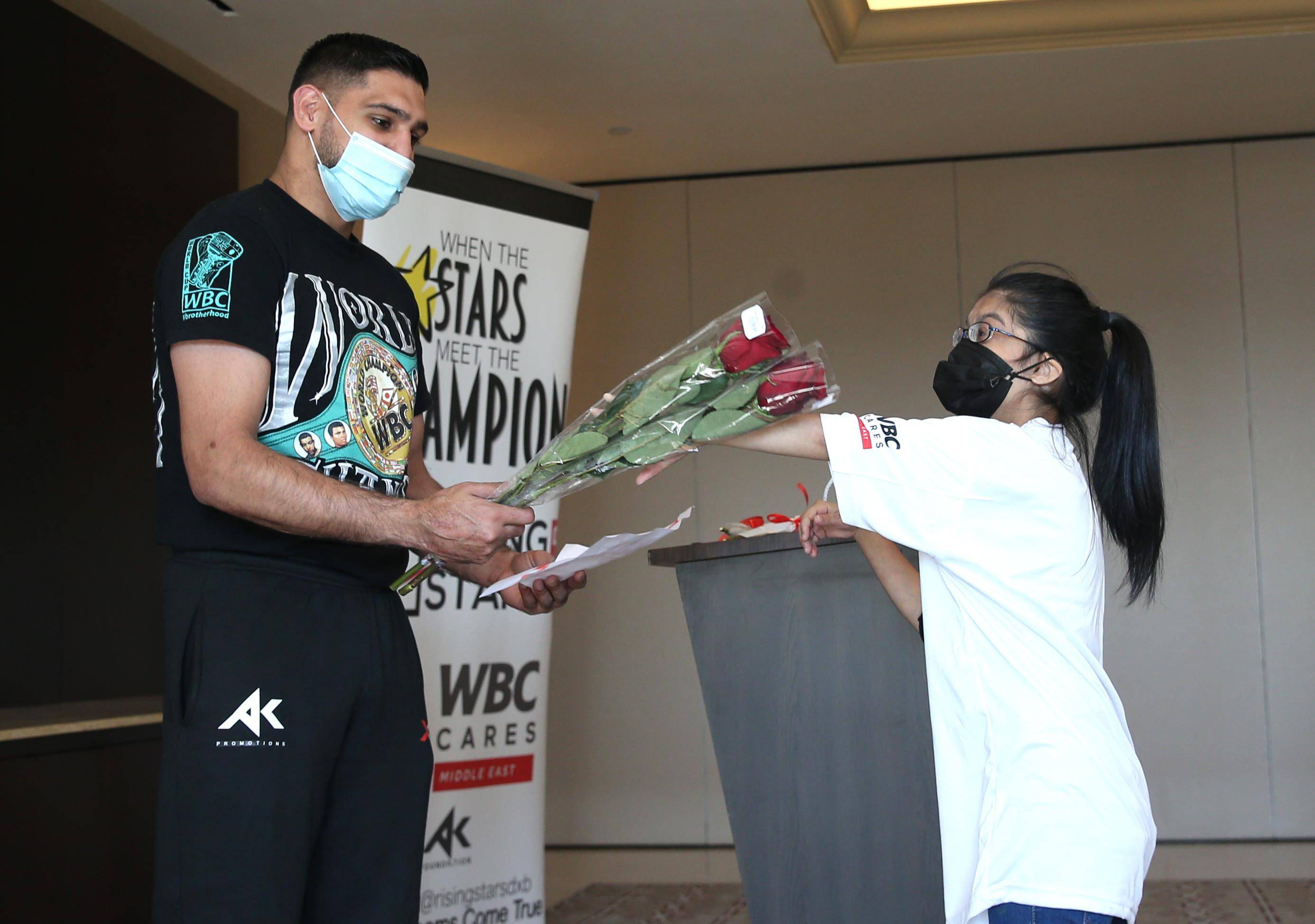 Suha Aziz giving flowers to Amir Khan. Amir, who was recently named the president of the newly formed World Boxing Council Middle East, has lent more than a supporting hand for this special initiative that was launched in January. 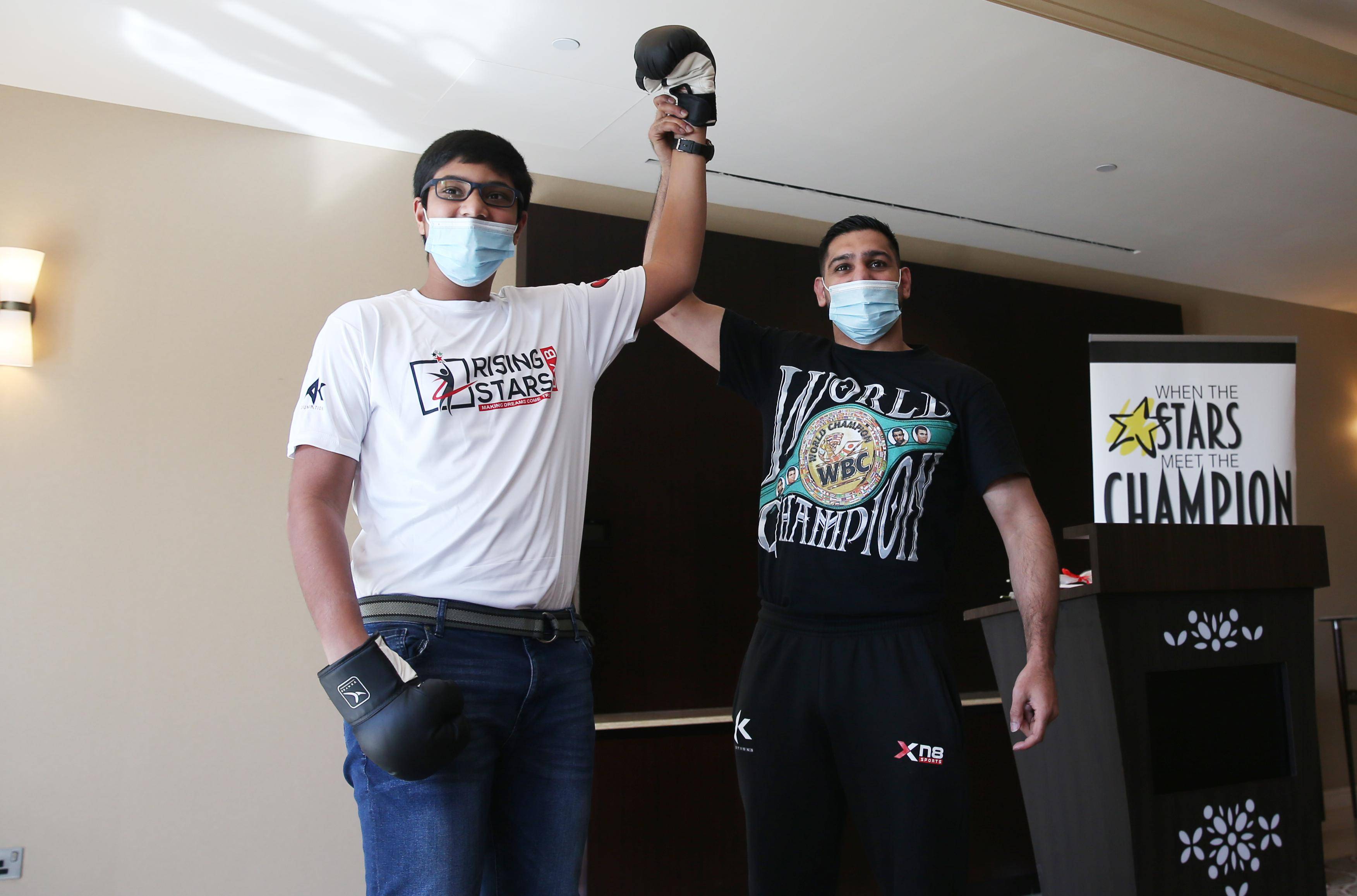 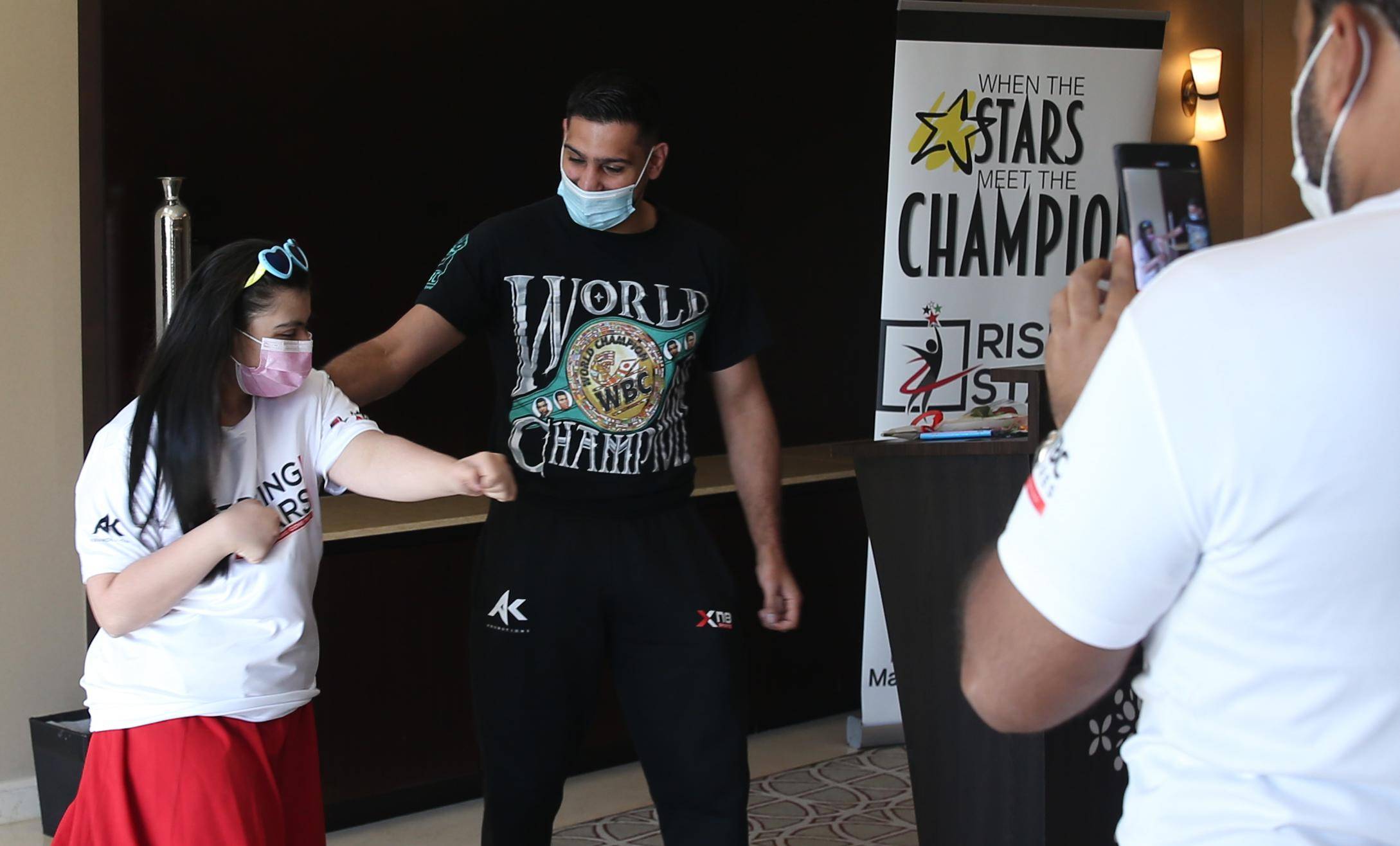