In pictures: Train collision in Pakistan kills at least 40

The accident in the Ghotki district of the southern Sindh province.

At least 40 people were killed and dozens injured Monday when a packed Pakistani inter-city train ploughed into another express that had derailed just minutes earlier, officials said. 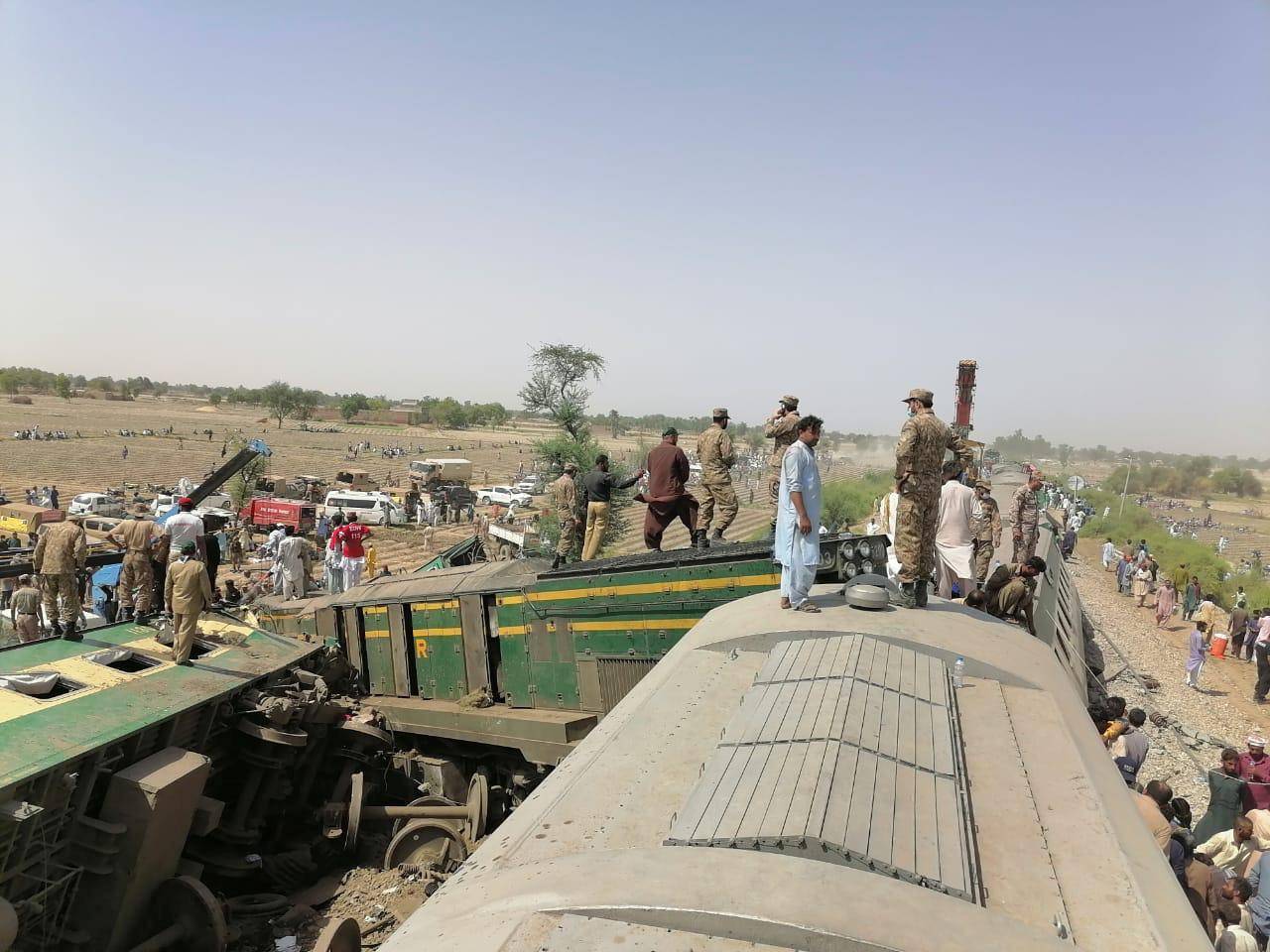 Several people were still trapped in the mangled wreckage near Daharki, in a remote part of rural Sindh province, which took rescue workers with specialist equipment hours to reach.

The double accident happened when most of the 1,200 passengers aboard the two trains would have been dozing. 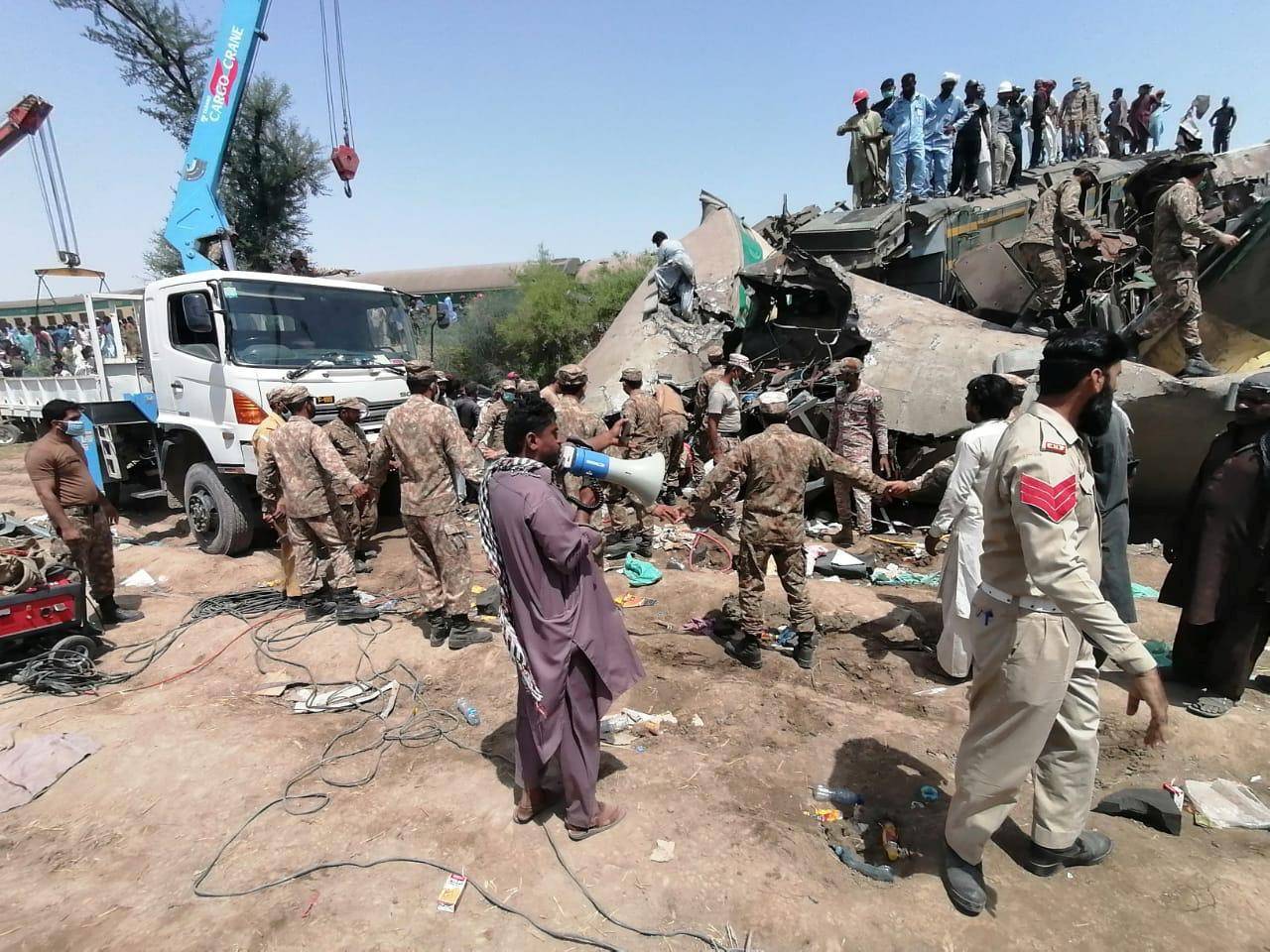 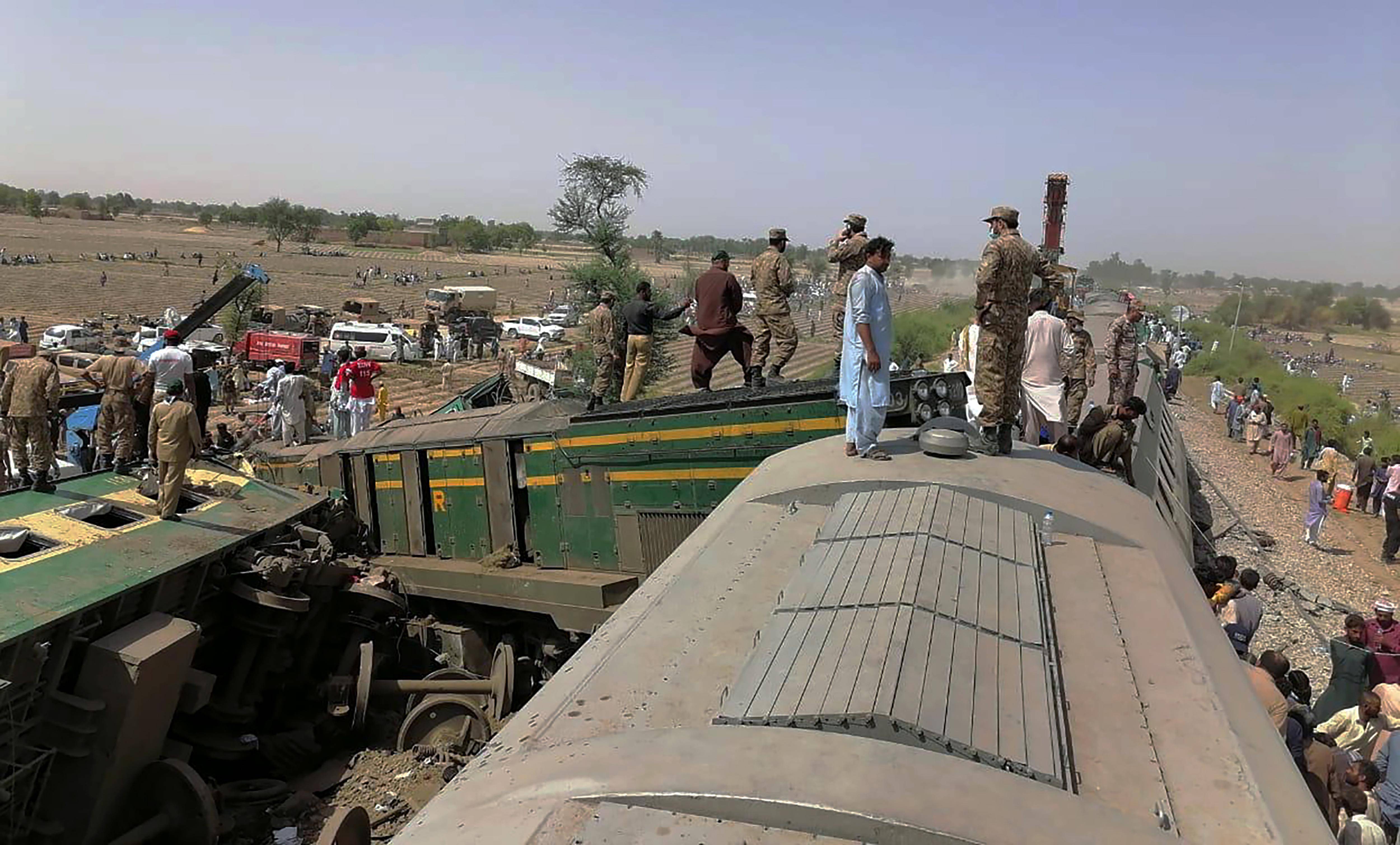 Troops and rescue workers work at the site of trains collided in Ghotki district. Photo: AP 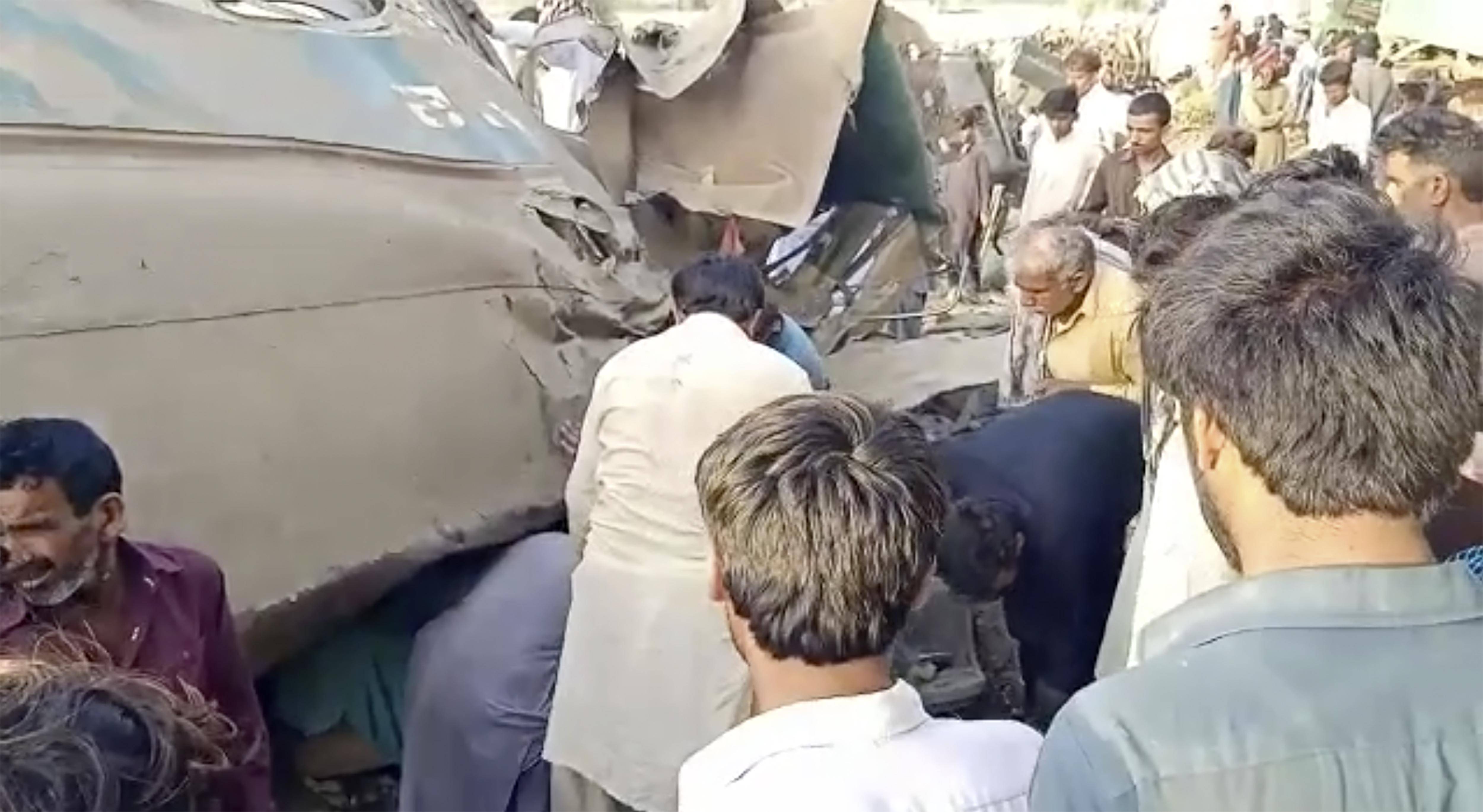 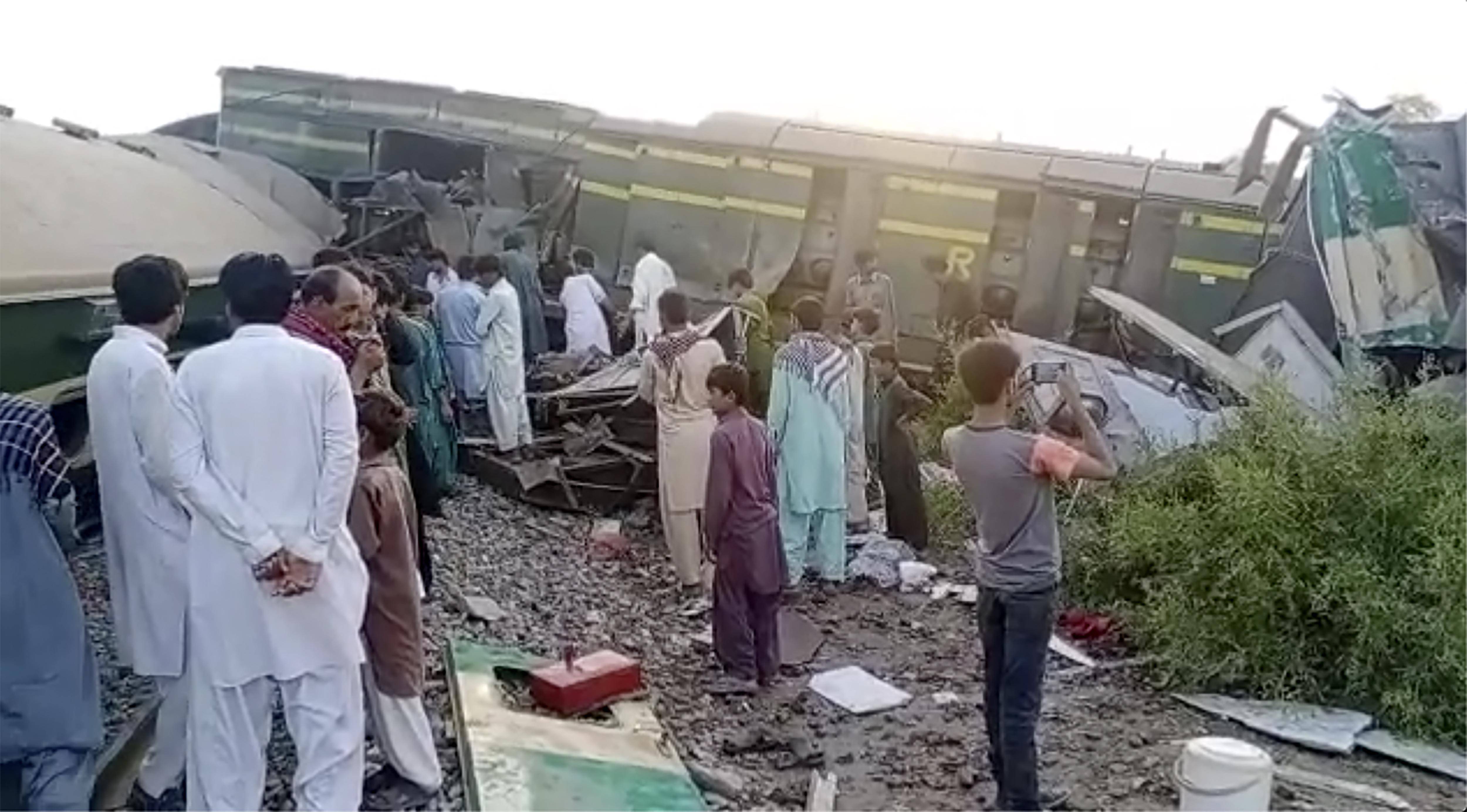 Rescuers and villagers worked to pull injured people and more bodies from the wreckage. Photo: AP 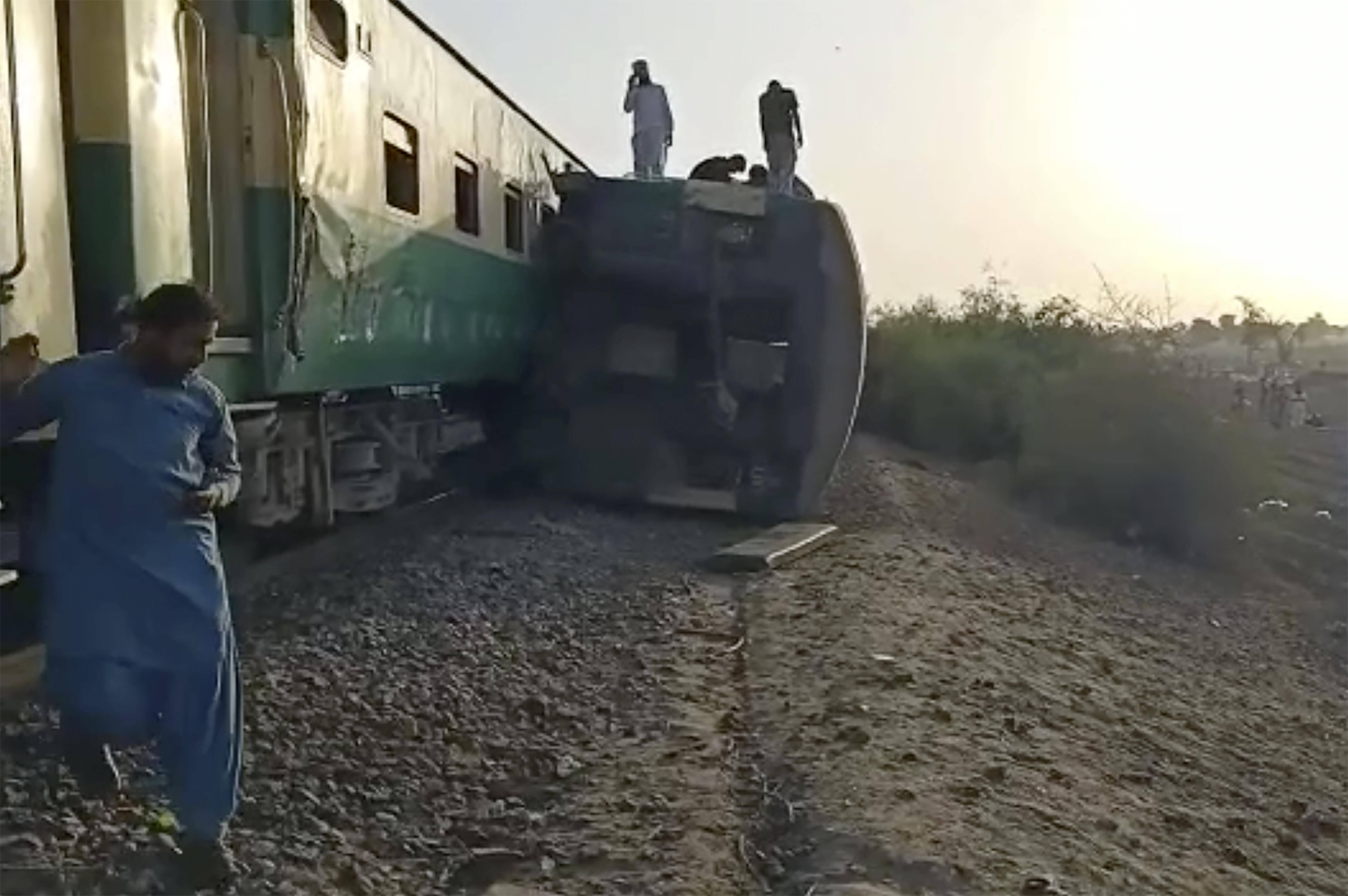 The site of the train collision in Ghotki. Photo: AP 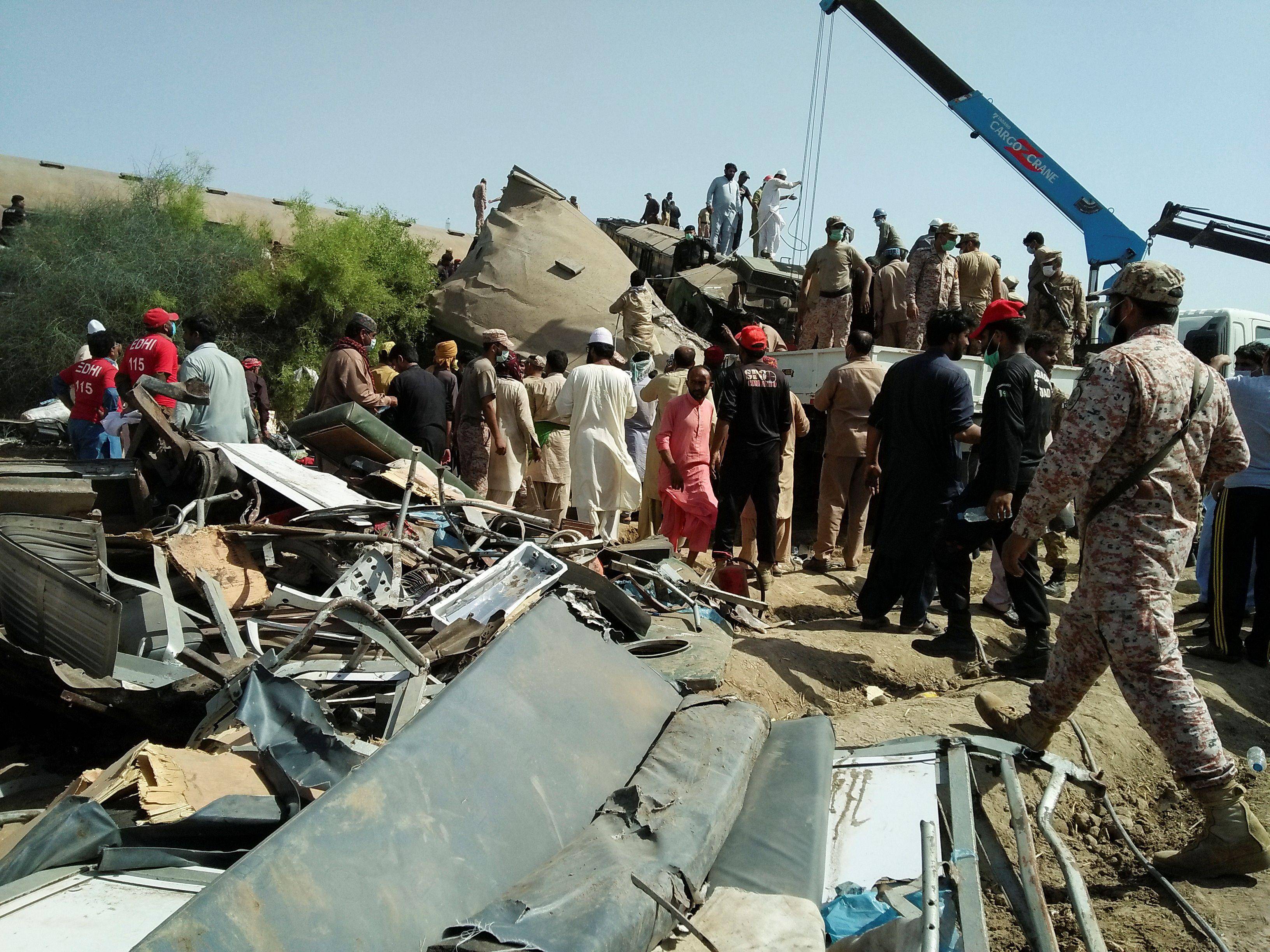 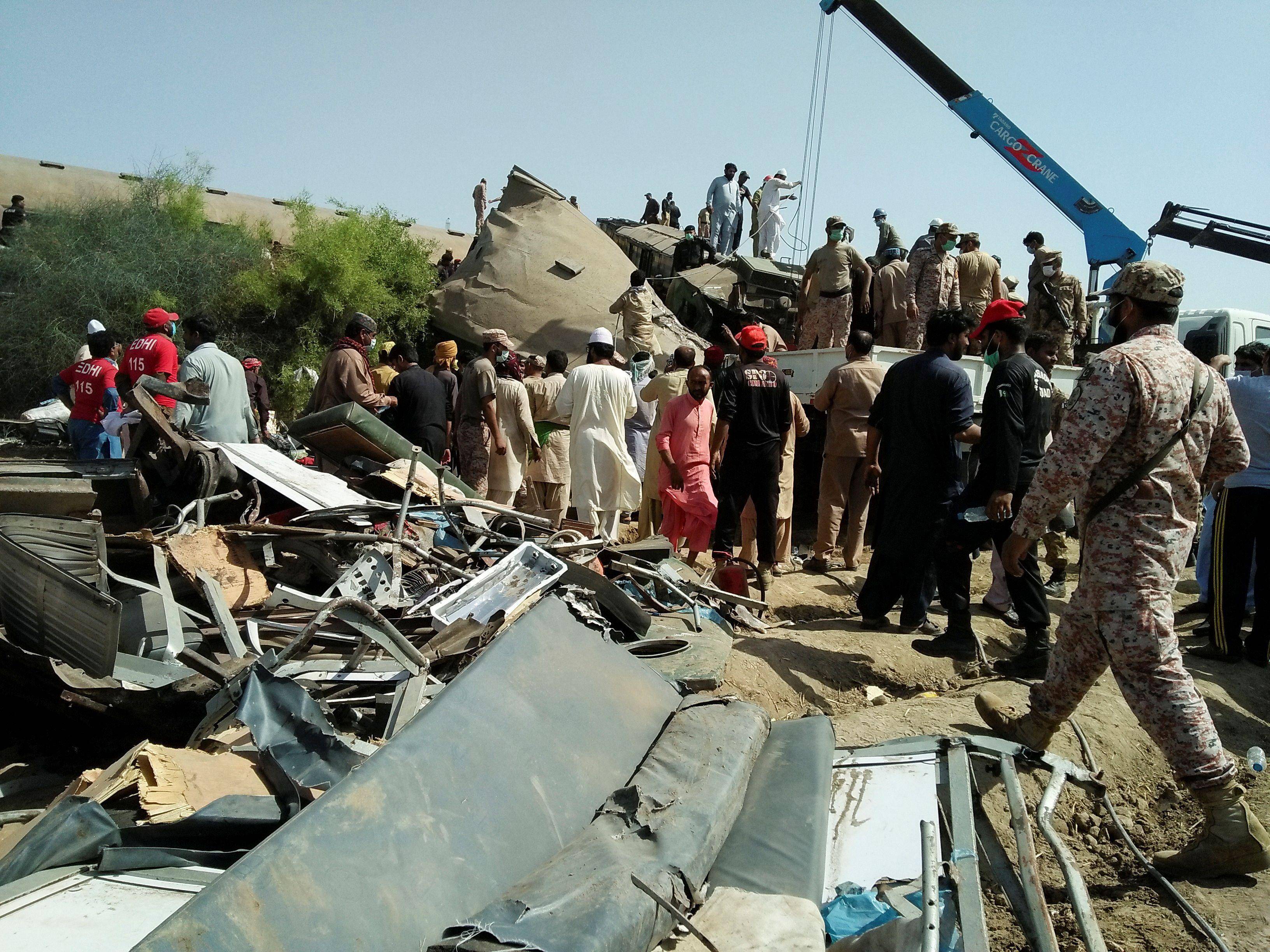 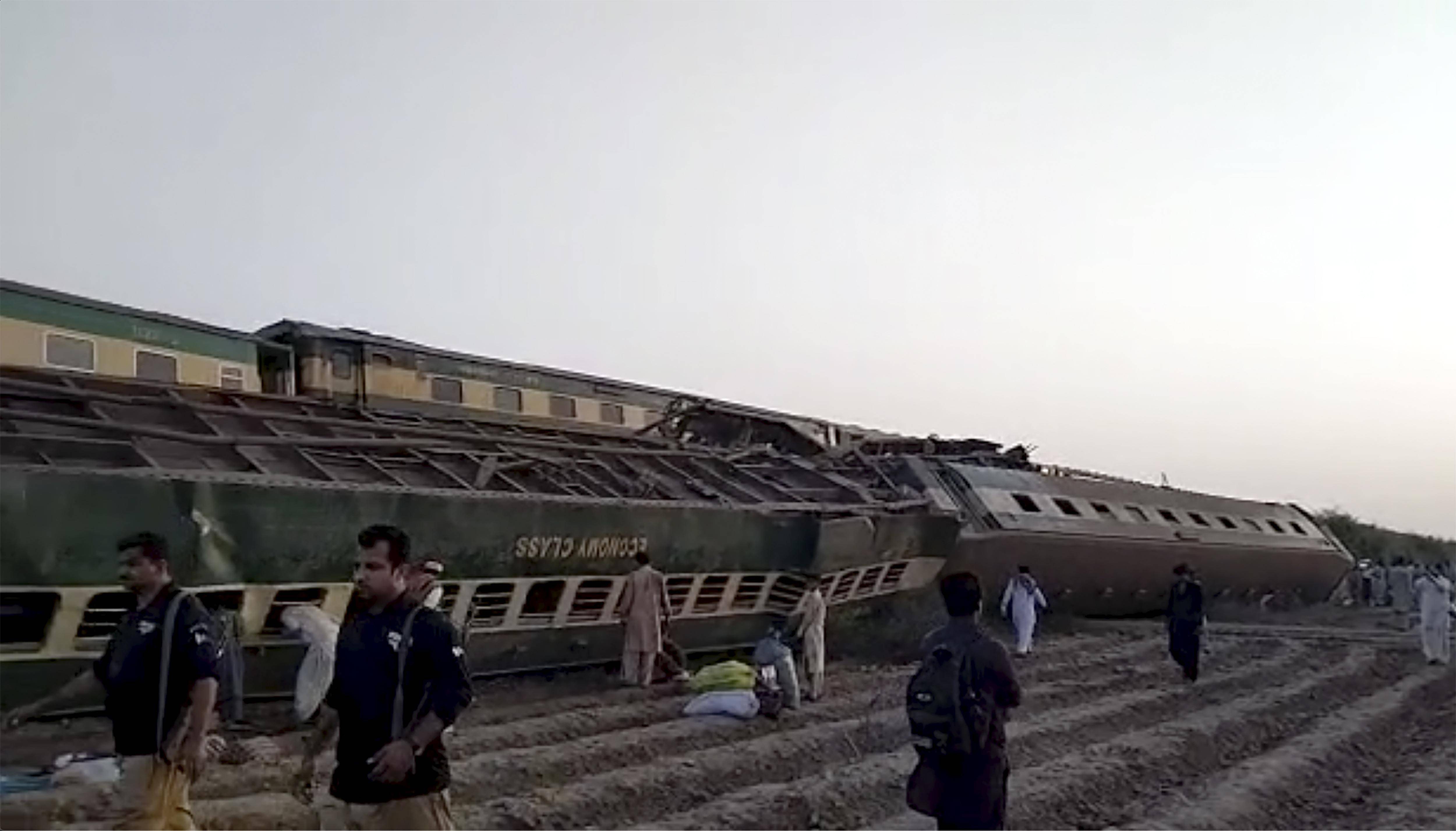 This image from a video, shows a train after a collision in Ghotki. Photo: AP