We take a look at the famous family of the new kid on the block, born Sunday.

Saif Ali Khan, father: As Bollywood actors Kareena Kapoor Khan and Saif Ali Khan welcomed a second child, a baby boy, in Mumbai Sunday, the grapevine was already abuzz with questions. What would they name him? Who would he resemble? Let's talk about the frenzied attention their firstborn Taimur Ali Khan receives from the paparazzi - at the tender age of 4 he is already a social media darling. Saif and Kareena unlike some other celebrity parents do not mind their kid being ‘papped’ and in fact often pose with him for shutterbugs. How will the new kid fare in this celeb-crazed world where anything and everything is an Instagram opportunity? Considering his illustrious lineage, we think he will manage! His father, Saif Ali Khan, the only son of veteran actress Sharmila Tagore and former captain of the Indian cricket team Mansoor Ali Khan Pataudi, made his Bollywood debut with the 1993 Yash Chopra drama Parampara, but received critical acclaim and commercial success with films from a later stage in his career, like 1999’s Hum Saath Saath Hain and 2003’s Kal Ho Na Ho. Today, Saif is regarded as one of the top actors from his generation, switching from commercial films to offbeat ones with ease; some of our favourite films from the actor are black comedy Being Cyrus, Bollywood’s take on Othello, Omkara, and of course the rather unforgettable buddy blockbuster Dil Chahta Hai. 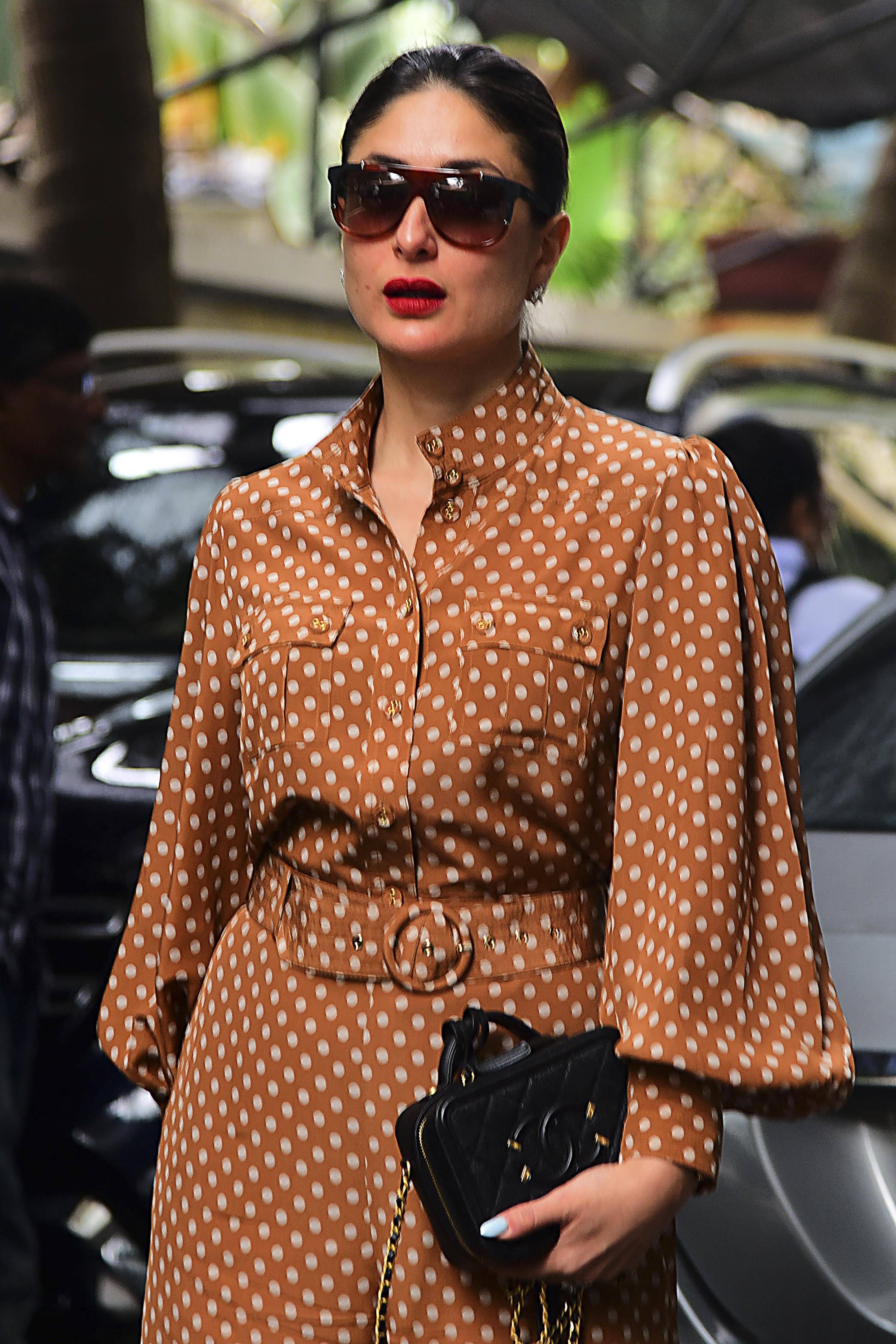 Kareena Kapoor Khan, mother: The gorgeous actress who captured our hearts in light-hearted films like Jab We Met and Veere Di Wedding has shown an incredible work ethic throughout her two-decade career in Bollywood, right from her impressive debut in 2000’s thoughtful and brilliant Refugee. While many Bollywood stars either drop out of the limelight or appear very seldom on screen after marriage, Kareena maintained the same discipline in her professional life even after tying the knot with Saif in 2013. She commented last year in an media report on her decision to continue working after marriage. “I was so clear about the fact that my professional life is different from my personal life. It can’t be a disease to fall in love, is it? It can’t be death. I told Saif, I said ‘listen I’m never going to stop working’, and he was like ‘you must do that’.” Looks like we can look forward to many more films from Kareena! 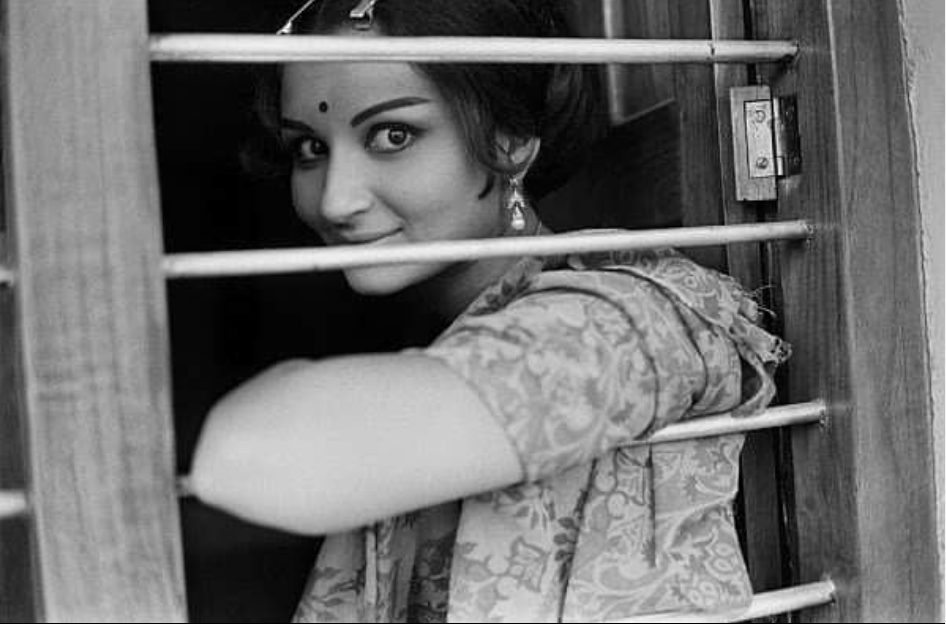 Sharmila Tagore, paternal grandmother: One of the first things you always noticed about Sharmila Tagore, a distant relative of famous Bengali poet Rabindranath Tagore, in any film were her beautiful, expressive eyes - how they conveyed every emotion possible with so little effort. One of our favourite actors from the unabashedly romantic era of the ‘60s, Sharmila was a luminous screen presence in classics like Aradhana, Amar Prem and Safar. Many were fans of her romantic pairing with Rajesh Khanna, often referred to as Bollywood’s first ‘superstar’ - she appeared with him in all three aforementioned films. She married cricketer Mansoor Ali Khan Pataudi in 1969 but continued to work in Bollywood, giving hits like Chupke Chupke and Mausam. 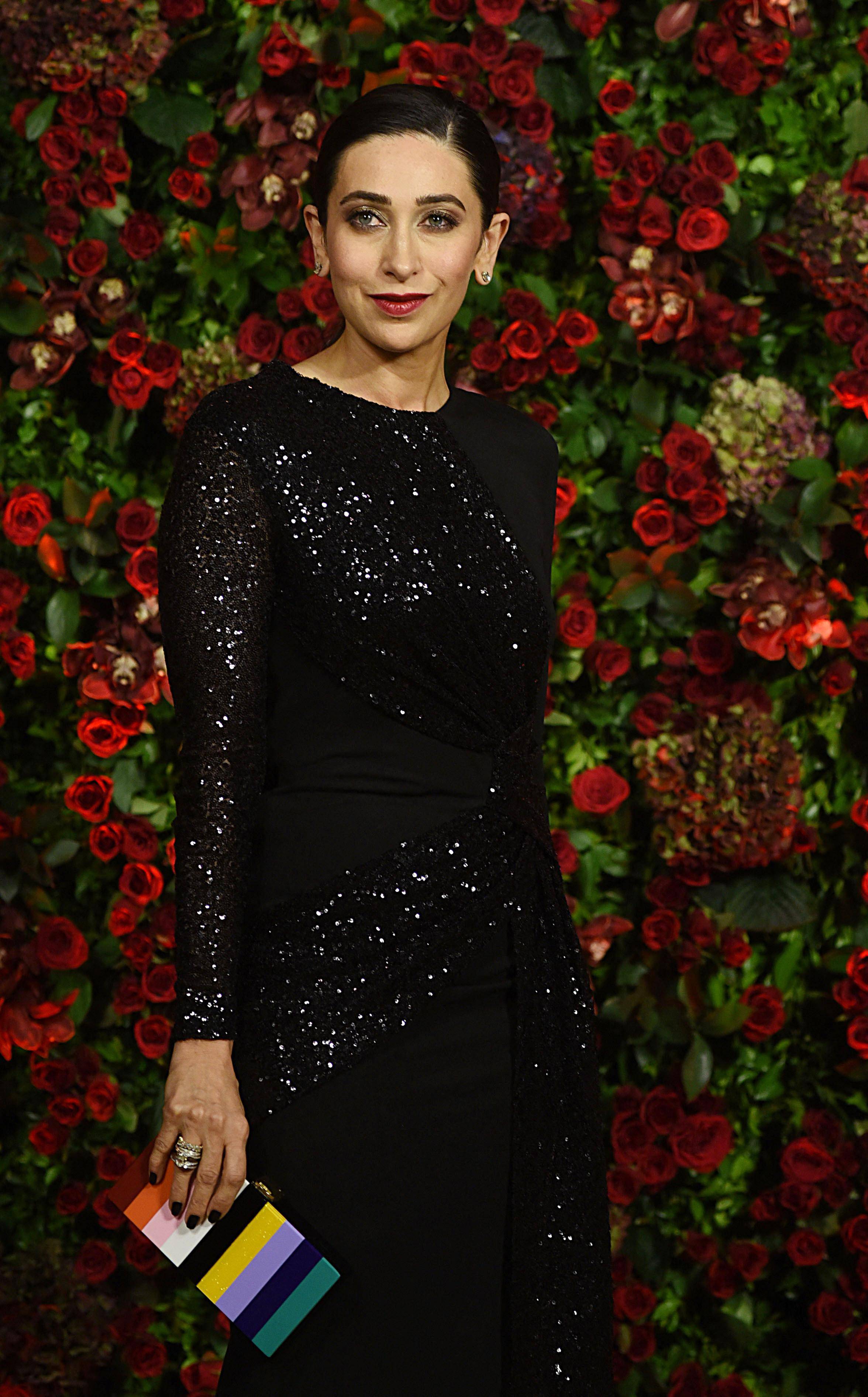 Karisma Kapoor, aunt: This perky, pretty star who kicked off her career with the forgettable Prem Qaidi in 1991 went on to achieve success with romantic films like Dil To Pagal Hai. Her pairing with Govinda is especially note-worthy from the ’90s - they gave a number of hits together like Coolie No.1, Hero No.1 and Saajan Chale Sasural, films which featured some great music too. We can still groove to Husn Hai Suhana and Sona Kitna Sona Hai today! Karisma who got divorced from her husband Sunjay Kapur in 2013, has two children and most recently appeared on the small screen in the TV series Mentalhood. We think she has a knack for comedy - one of our favourite films is Andaz Apna Apna - and hope to see her back on the big screen soon! 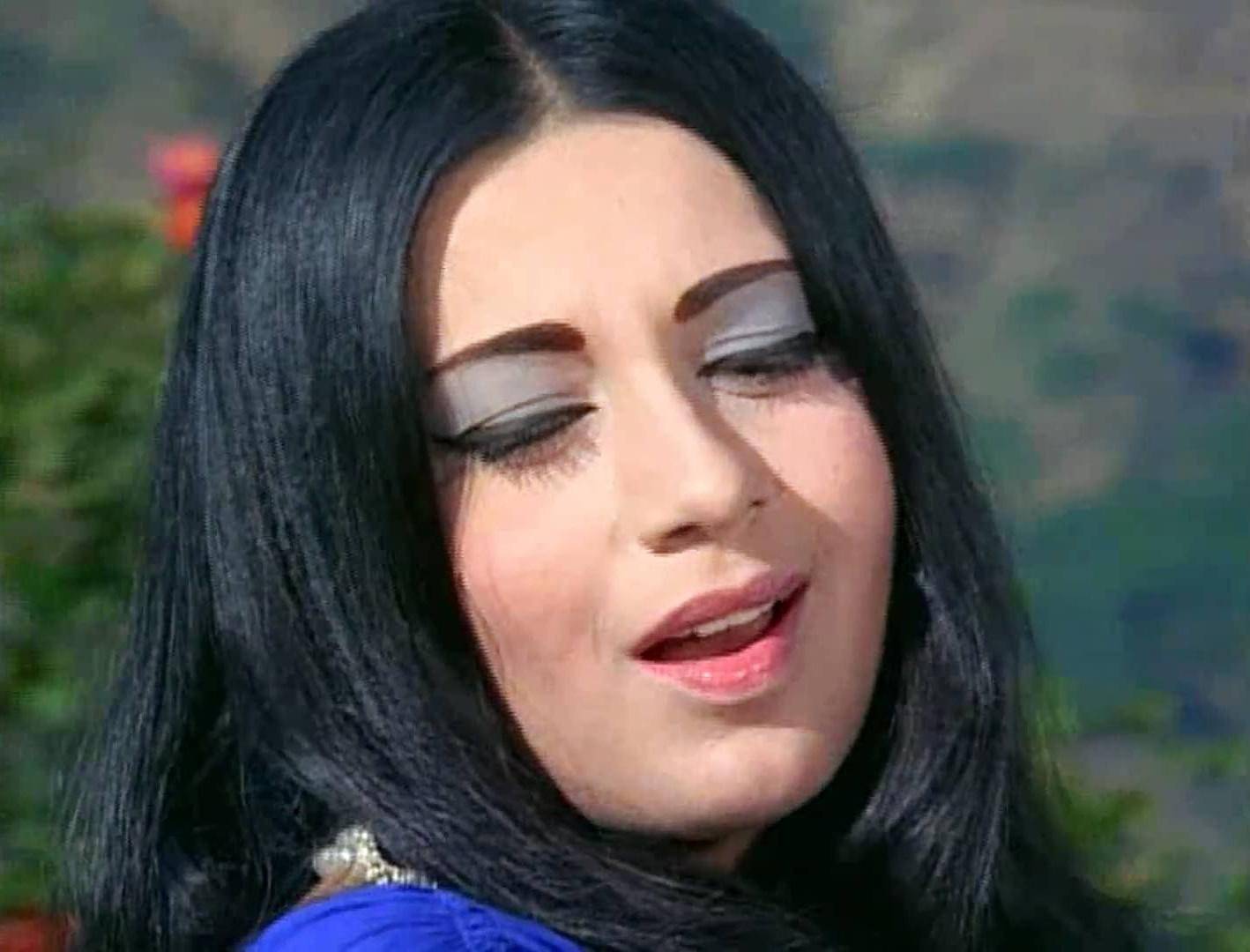 Babita, maternal grandmother: Babita Shivdasani, from a prominent Sindhi family in Mumbai, was known simply as Babita in Bollywood and starred in films like Raaz, Farz and Haseena Maan Jaayegi. She was inspired to try her luck in the Hindi film industry after noting the success of her cousin Sadhana, a popular star of films like Mera Saaya, Love in Simla and Hum Dono. She married into the famous Kapoor clan in 1971, tying the knot with Raj Kapoor’s eldest son Randhir Kapoor whom she starred with in Kal Aaj Aur Kal and Jeet. Babita and Randhir went their separate ways in 1988. 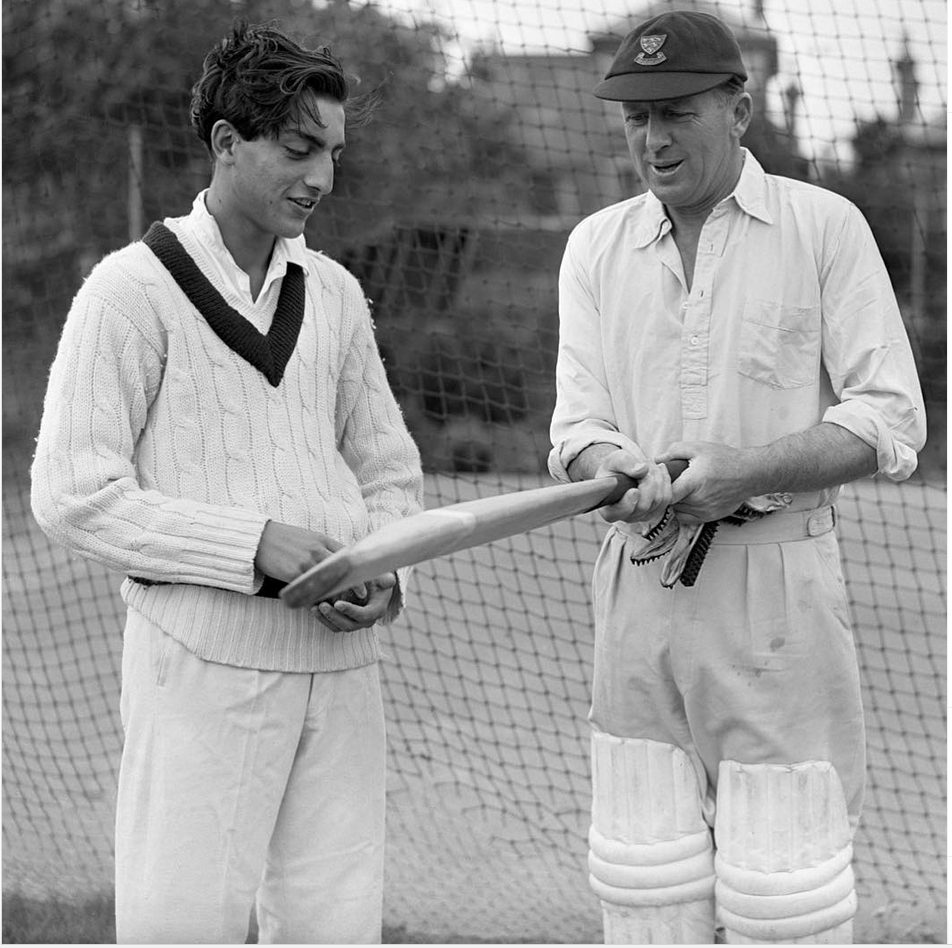 Mansoor Ali Khan Pataudi, paternal grandfather: Hailing from a royal family, he has been referred to as one of India’s greatest cricket captains. Despite losing an eye in a car accident in England in 1961, he played in 46 Test matches for India and led the team in 40 of those. He married Sharmila Tagore in 1969. An obituary in 2011 called him “a stylish batsman, a fine fielder and a courageous captain.” (Photos: AFP, Instagram)