KT Opinion: Expo a fitting tribute to UAE at 50 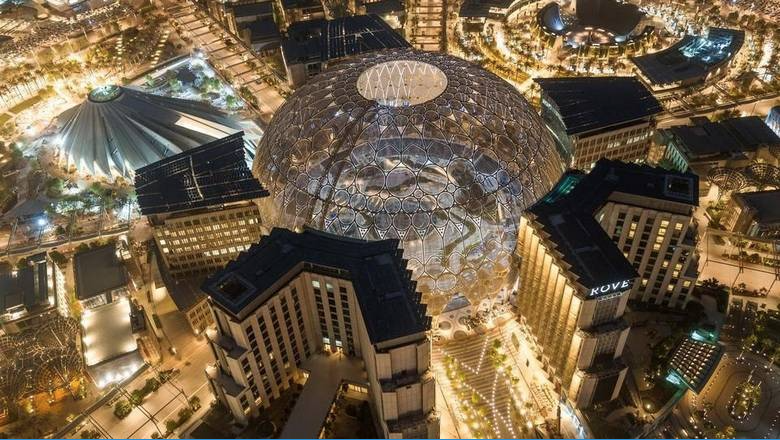 The country is an encapsulation of the best the world has to offer, it’s also time to broadcast the same

A golden jubilee is a big-ticket occasion. But the UAE turning 50 goes beyond the rhetoric. When the first World Expo was held in London in 1851, it was in the wake of the first industrial revolution. Much before Neil Armstrong landed on the Moon — almost 120 years ahead of him claiming it was a small step for him but a giant leap for mankind — it had been an exponential leap into a new world that would set the agenda for centuries to come. Back then, it was about the mechanisation of processes to power production and manufacturing. Two more ‘industrial revolutions’ were ushered in subsequently, the second between 1870 and 1951, and the third started in the late 1960s and lasted till the late 1990s.

How fitting is it that Expo 2020 Dubai — ensconced fittingly in a year that also heralds the golden jubilee for the country that’s hosting it — puts a seal on the case for perhaps the biggest leap for mankind ever by taking off from the throes of the fourth industrial revolution that is currently disrupting the world in ways unimaginable even a few decades ago. From AI to digital mapping to biometrics to the laws of physics being redefined — virtually and therefore in reality (now, who’d have imagined that!) — technology is shaping mankind’s eco-system on a macro level. The UAE has been ahead of the curve in every which way, being first movers in the new revolution. Yet, it draws inspiration from the past five decades of its formation, integrating both ends of the half-century with vision and clarity.

With less than 50 days left for the UAE’s 50th year celebrations, we soak in what His Highness Sheikh Mohamed bin Zayed Al Nahyan, Crown Prince of Abu Dhabi and Deputy Supreme Commander of the UAE Armed Forces, tweeted about the country approaching this historic milestone “with pride in our country’s achievements, gratitude to all contributors to the building of the nation, and shared optimism for the promising future that lies ahead of us”. And we feel in sync with His Highness Sheikh Mohammed bin Rashid Al Maktoum, Vice-President and Prime Minister of the UAE and Ruler of Dubai, saying that the country’s “Emirates and hearts” are united, “The people of the UAE are united under one flag,” he declared. As the UAE hits the Expo stride in the year of its 50th, it effectively becomes the harbinger — the showcase, as it were — of all things to come in an ever-changing world. Just the way the country is an encapsulation of the best the world has to offer, it’s also time to broadcast the same. Loud and clear.