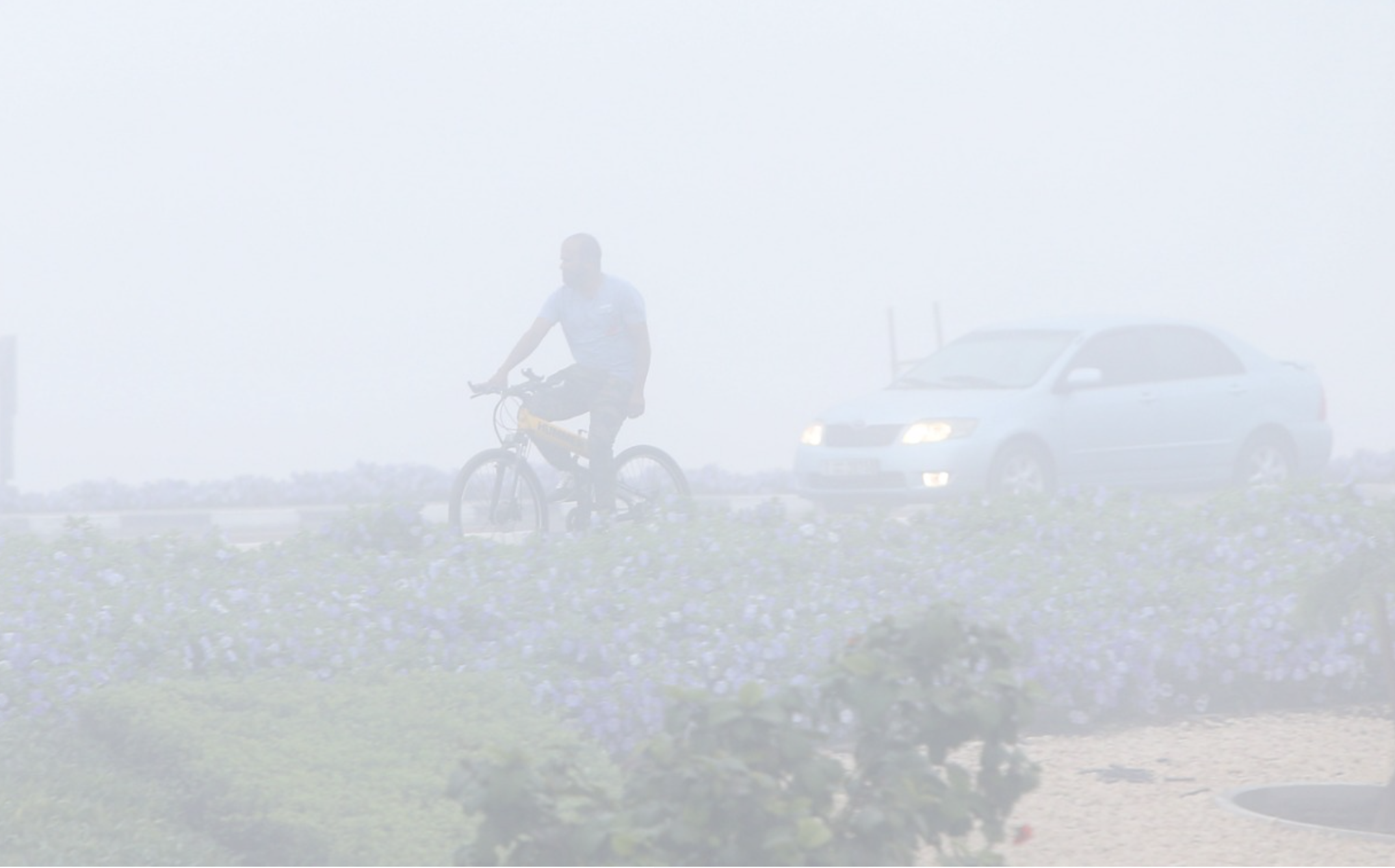 Residents woke up to yet another mesmerising haze on Tuesday, as a thick fog blanketed across the UAE once again this week.

According to the UAE’s National Centre of Meteorology (NCM), the lowest temperature recorded in the country on Tuesday morning was 5.8 degrees Celsius at Raknah in Al Ain in the Abu Dhabi emirate at 7am local time.

Signboards with the message “Dense fog ahead” started flashing across Dubai’s roads, as the traffic authorities urged motorists to be cautious while driving due to poor visibility.

Abu Dhabi Police put out several social media posts in various languages, including Hindi, Urdu and Malayalam, and urged motorists to be alert while driving due to foggy weather conditions.

Speed limits across major roads from and towards Abu Dhabi and Dubai were reduced to 80 kilometres (km) per hour, as compared to the usual 140kmph.

Fog enveloped the UAE overnight, severely affecting visibility for motorists. The fog formation started late at night on Monday, which lingered on till Tuesday early morning, prompting the authorities to urge motorists to be extremely cautious while driving.

NCM used all its social media handles to issue red and yellow-level fog alerts on Tuesday morning, urging drivers to take all precautionary measures and follow the traffic regulations due to the thick fog cover that worsened the horizontal visibility over most coastal areas and some internal parts of the country from 10pm on Monday until 10am Tuesday.

Khaleej Times spoke to a section of commuters in Dubai, who faced slight delays in Metro and cab frequencies due to low visibility.

Metro commuter Jenny Pauline Nicolas said there was a slight delay in the running of Metro trains during the rush hour because of the foggy condition, which led to overcrowding. However, the Metro authorities ensured that social distancing was maintained and were on top of the situation, she said.

“I don’t mind these delays because I feel much safer travelling by Metro, especially when there is dense fog cover, as we don’t have to dodge or worry about the traffic. My Metro ride from DIFC to Noor Bank turned out to be picturesque, thanks to the fog. I enjoyed some breathtaking views of Dubai’s spectacular skyline, which was enveloped in clouds, as fog descended over the city, and rays of morning sun filtered through the haze. It was a magical experience,” she added.

Hafsa Zaheer, a resident of Tecom in Dubai, who usually travels to work by a taxi, said she found it hard to get a cab due to the thick fog cover. “I stepped out at around 8am to get a cab, which usually takes me no more than five minutes. However, I struggled this morning to find a cab, as I could barely see the road. The visibility was less than 50m, when I got out. I waited in my building for a while before I got out, hoping the fog would lift. It was dangerous to cross the road with such low visibility.”

Ajay Chaturvedi, a Dubai resident, who was stuck on the bumper-to-bumper traffic on Al Ittihad Road while travelling to Sharjah, said the dense fog caused massive tailbacks on the busy stretch.

Chaturvedi, a cautious driver, said he switched on his hazard lights and maintained a speed of not more than 80kmph and also ensured that he maintained adequate distance with the vehicles ahead of him.

“I was on the Dubai-Sharjah road at around 7am and the maximum visibility was up to 100m. Fortunately, traffic didn’t slow down and the fog lifted at around 10 am,” he added.

Some flights also reported slight delays due to the thick fog cover.

A spokesperson from the Dubai International Airport (DXB) said: “Low visibility around DXB and Dubai World Central (DWC) on Tuesday morning caused minimal disruption to operations at the airports. At this time no departing or arriving flights have been impacted.”