Video: How you can use public e-scooters in Dubai from today 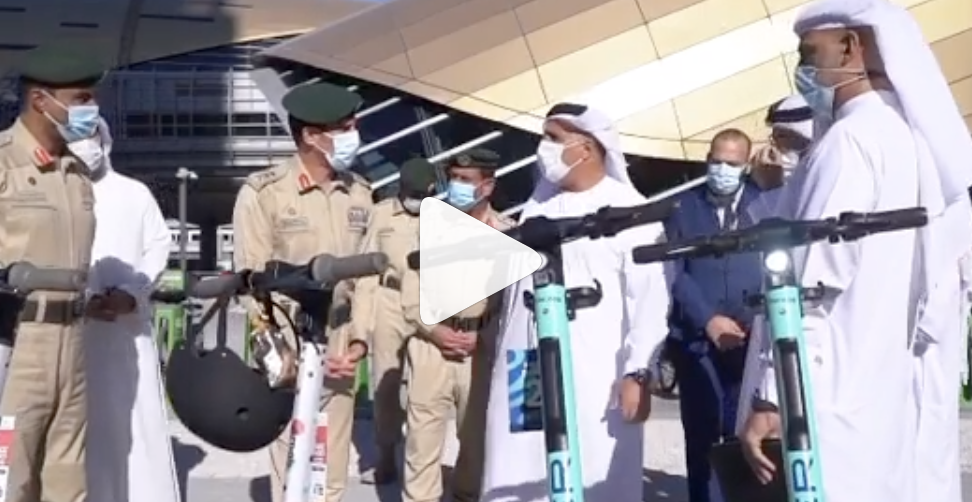 The e-scooter service that will be rolled out on Monday marks the start of a year-long trial run.

Starting Monday, October 26, a new e-scooter service will be available for commuters in Dubai. Officials of the Roads and Transport Authority (RTA) who have been working on all the preparations, including safety checks, have explained how the service works.

The e-scooter service that will be rolled out on Monday marks the start of a year-long trial run. During this period, the RTA will be evaluating whether the scooters are here to stay.

Riders who wish to use them will have to download a smart app, explained Hussain Mohammed Al Banna, executive director of Traffic and Roads Agency in the RTA.

Once the service is booked on the app, the user will be able to ride the scooters — but only on special cycling tracks. Its smart technology will be able to detect if it is taken to an undesignated track, so its eletric motor will automatically stop, Al Banna explained.

Riders will also have to park the scooter in the right place to stop the meter on the app. Once parked, the user will have to make the payment.

Five operators will be involved in the trial run, the RTA said. These include three international companies (Careem, Lime, and Tier) and two local firms (Arnab and Skurrt) supported by Dubai SMEs.

These five firms will be in charge of maintenance for the two-wheelers. They will either be replacing the  batteries or changing the scooter itself, the RTA said, assuring that users won’t notice the process at all.

During the trial, the RTA will be conducting studies to make sure that residents and visitors are benefitting from the project, Al Banna said.

Safety on the road

To ensure the safety of e-scooter riders and users of cycling tracks, the RTA has held meetings with the Dubai Police. Its officials recently discussed the operations with Lt-Gen Abdullah Khalifa Al Marri, Commander-in-Chief of the Dubai Police, and other senior officers.

The transport authority and the police have also reviewed other projects, including the construction of more cycling trucks and the ‘truck rest stops’.

The RTA has so far extended Dubai’s cycling tracks by 425km. It is planning it to stretch them further to 647km by 2025, in line with the emirate’s mission to become a bicycle-friendly city.

This strategy has contributed to reducing traffic fatalities from 2.5 cases per 100,000 of the population in 2017 to 2.3 cases in 2019. Discussions also covered updating the enforcement of speed control systems, crossing the red signal, Oyoon project, and the joint camp for testing trucks and promoting traffic awareness.

Lt-Gen Al Marri commended the cooperation between Dubai Police General HQ and the RTA. He noted that such teamwork would certainly boost public safety and security and spread happiness among residents and tourists.