UAE: Your face is now your passport at Dubai airport 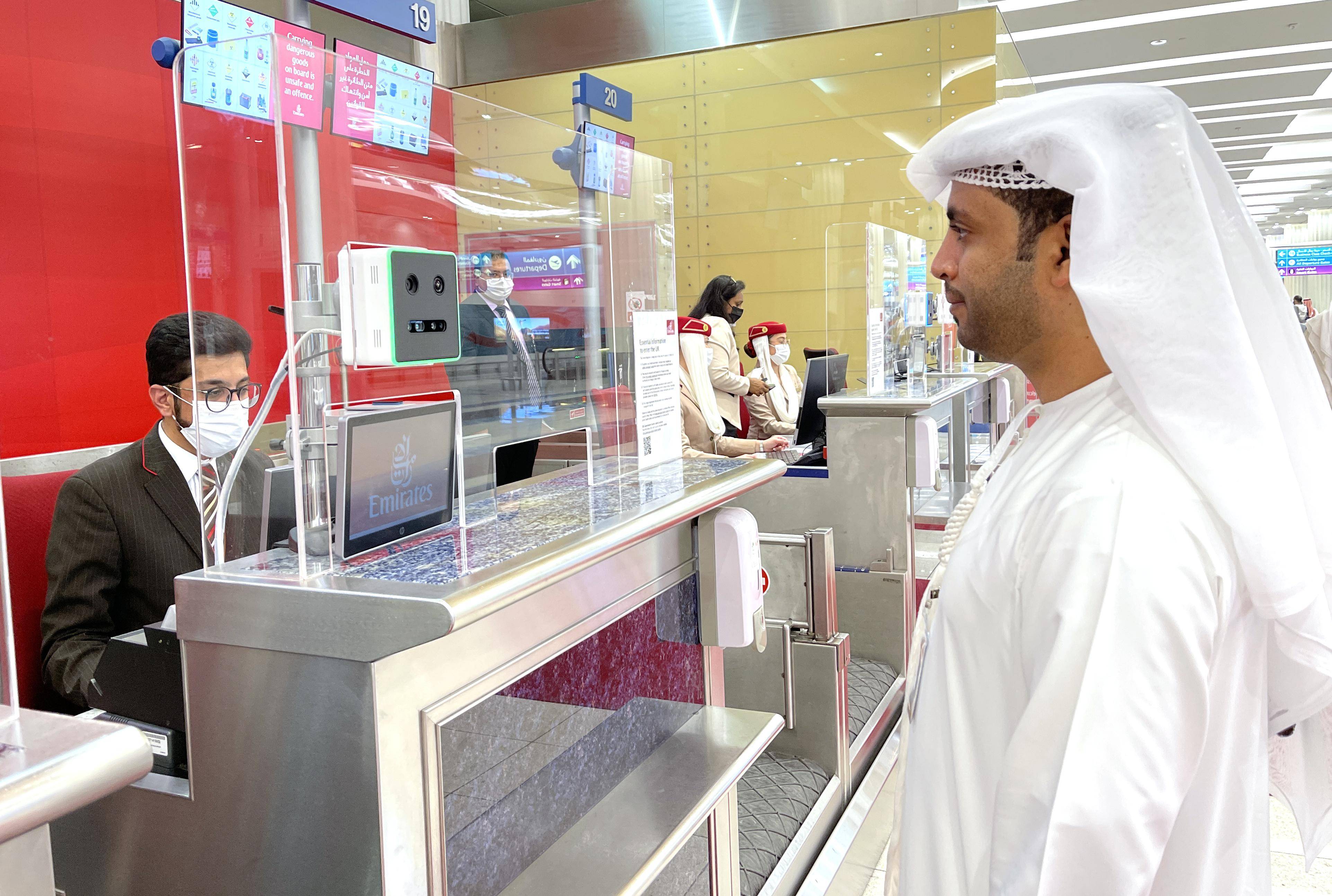 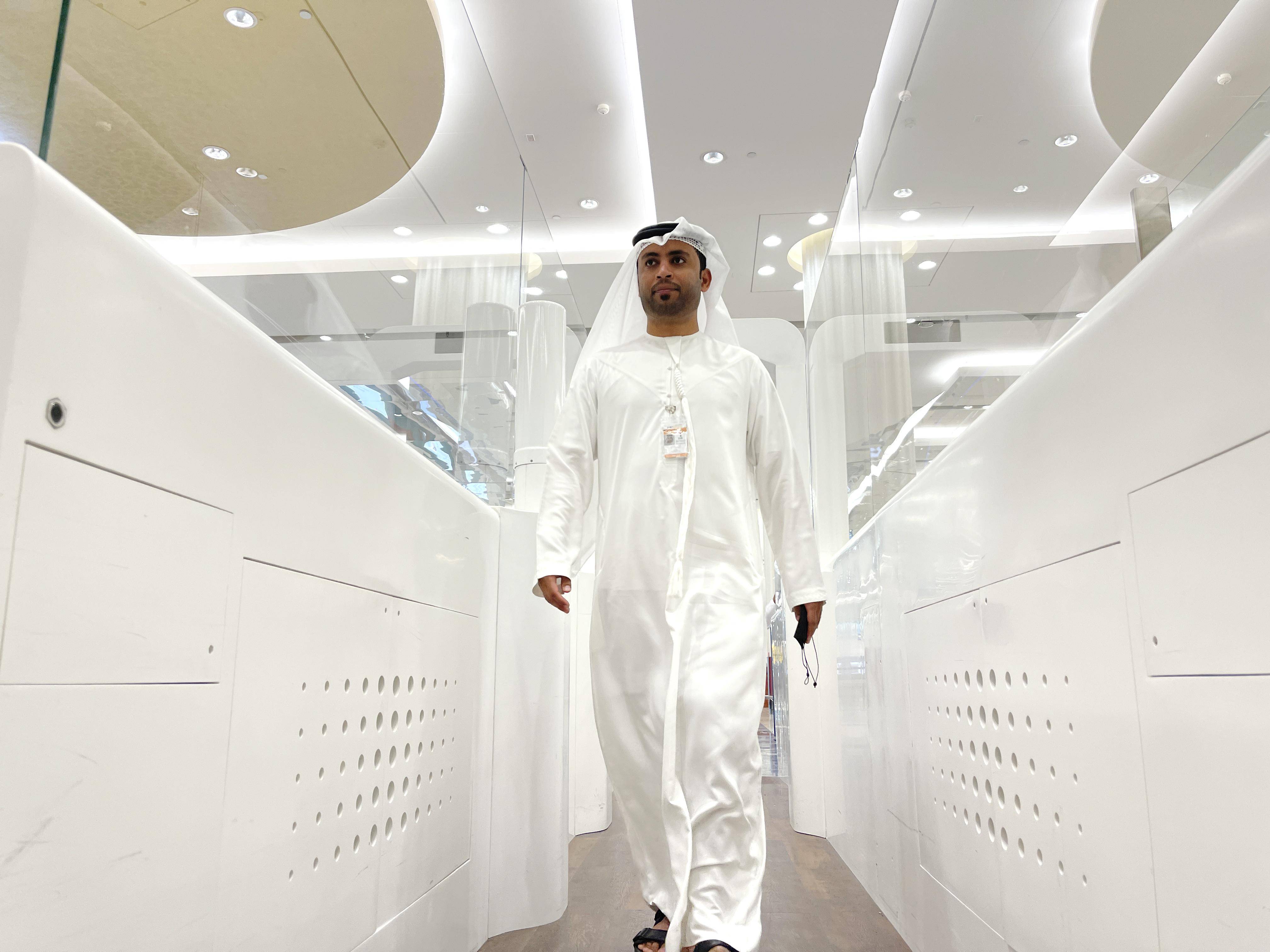 Touch-free flying has officially taken wing in the emirate.

After a successful completion of the trial phase, Dubai airport has now officially rolled out the ‘smart travel’ system that enables passengers to travel without using their identification papers.

The integrated biometric contactless pathway at Dubai International Airport (DXB), which was first revealed at GITEX in 2019, was formally unveiled by top authorities at the General Directorate of Residency and Foreigners Affairs (GDRFA) on Monday, February 22.

Media persons were given a behind-the-scenes tour of the new contactless smart travel system that delivers a huge emphasis on safety in a post-pandemic world, as it cuts contact with staff at every point of interaction — from check-in counters to boarding the flight.

‘No immigration terminals in future’

Utilising the latest biometric technology — a mix of facial and iris recognition — passengers can now check in for their flight, complete immigration formalities, enter the lounge facilities, and board their flights by simply strolling through the airport.

Speaking to Khaleej Times on the sidelines of the media unveiling, Major General Mohammed Ahmed Al Marri, Director General of GDRFA, Dubai, said, “In the future, we expect immigration terminals will not exist. People will be able to stroll through the airport to complete all formalities. The time taken to complete immigration formalities will solely depend on how fast an individual is able to walk.”

122 smart gates have been upgraded

Brigadier Talal Ahmad Al Shanqeti, General Director assistant of Ports Affairs in GDRFA, Dubai, said 122 smart gates in the departure and arrival halls of Dubai Airports have been upgraded, so pre-registered passengers can use the system without the need for travel documents.

After security clearance, passengers can enter the lounge area using the same technology and finally board their aircraft as well. Al Shanqeti said, “Passengers can opt between smart gates or the new smart tunnel system. They can choose to use their Emirates ID or enter by showing their face at the gates.”

HOW TO USE THE NEW SYSTEM

Step 1: Check-in and register on the smart tunnel system

Noora Al Mazrouie, the director of the future border department at GDRFA said the entire process should take anything between five to nine seconds.

“First-time users can register their passports on the facial recognition system at the check-in counters. Once registered, the registration is valid till the individual’s passport or visa expires. Once it expires, they can re-register themselves on the system,” said Al Mazrouie.

The various touchpoints in the biometric path allow for a hygienic contactless travel journey, reducing human interaction and putting emphasis on health and safety in a pandemic-stricken world.

Upon completion of registration, passengers who have ‘Smart Tunnel’ printed on their boarding passes can walk through the smart tunnel by showing their face to the camera. Non-registered users can continue to use their Emirates IDs or passports at the smart gates.

While smart gates have access doors at the front and back of the terminal, the smart tunnel is a long pathway fitted with a biometric scanner.

First and business class passengers can use the lounge facilities with the biometric service.

Passengers can use the same mechanism at the boarding gates without needing to show their travel documents.