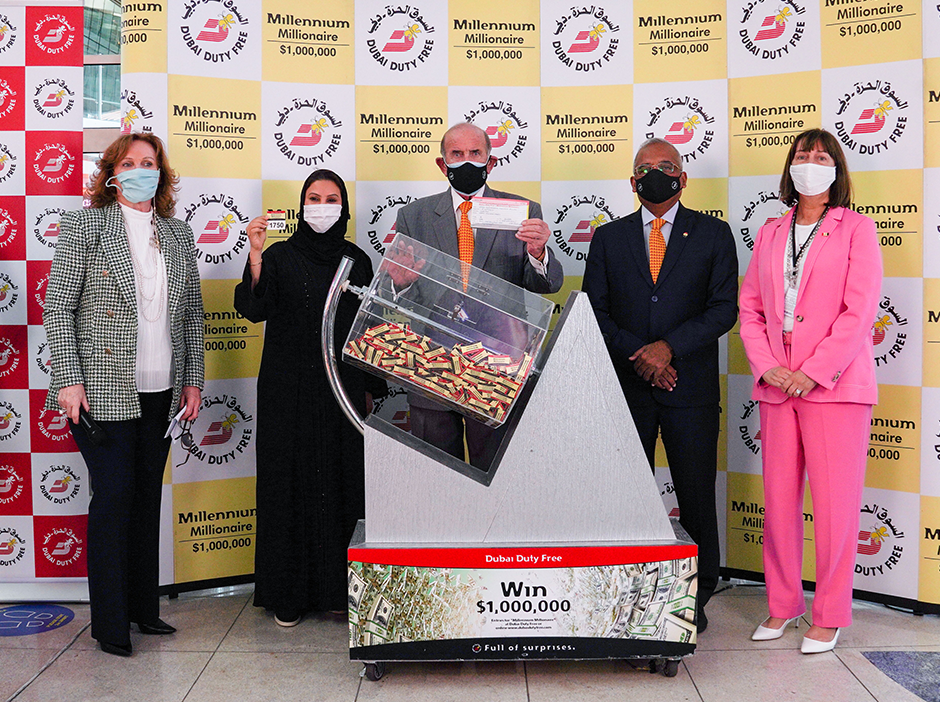 Three others drive away in luxury vehicles.

An Indian housewife based in Sharjah was announced as the latest winner of the $1 million Dubai Duty Free raffle on Wednesday.

Sugandhi Mahesh Pillay, 40, held ticket number 1750 in Millennium Millionaire Series 369, which her husband purchased under her name on September 1.

Pillay's husband, Mahesh, bought the winning ticket under her name and split the ticket cost with his one Lebanese, one Filipino and 10 Indian colleagues.

Mahesh, along with his colleagues, has been participating in the promotion for around 15 years now, alternating the name on the ticket for each series they purchase, but Mahesh decided to put it under his wife's name when it was his turn to buy the ticket.

Commenting on her win, she said, "I’m very happy, we are very happy! Thank you so much Dubai Duty Free. I highly recommend for other people to participate in your amazing promotion."

Following the presentation, the Finest Surprise draw was conducted for three luxury vehicles.