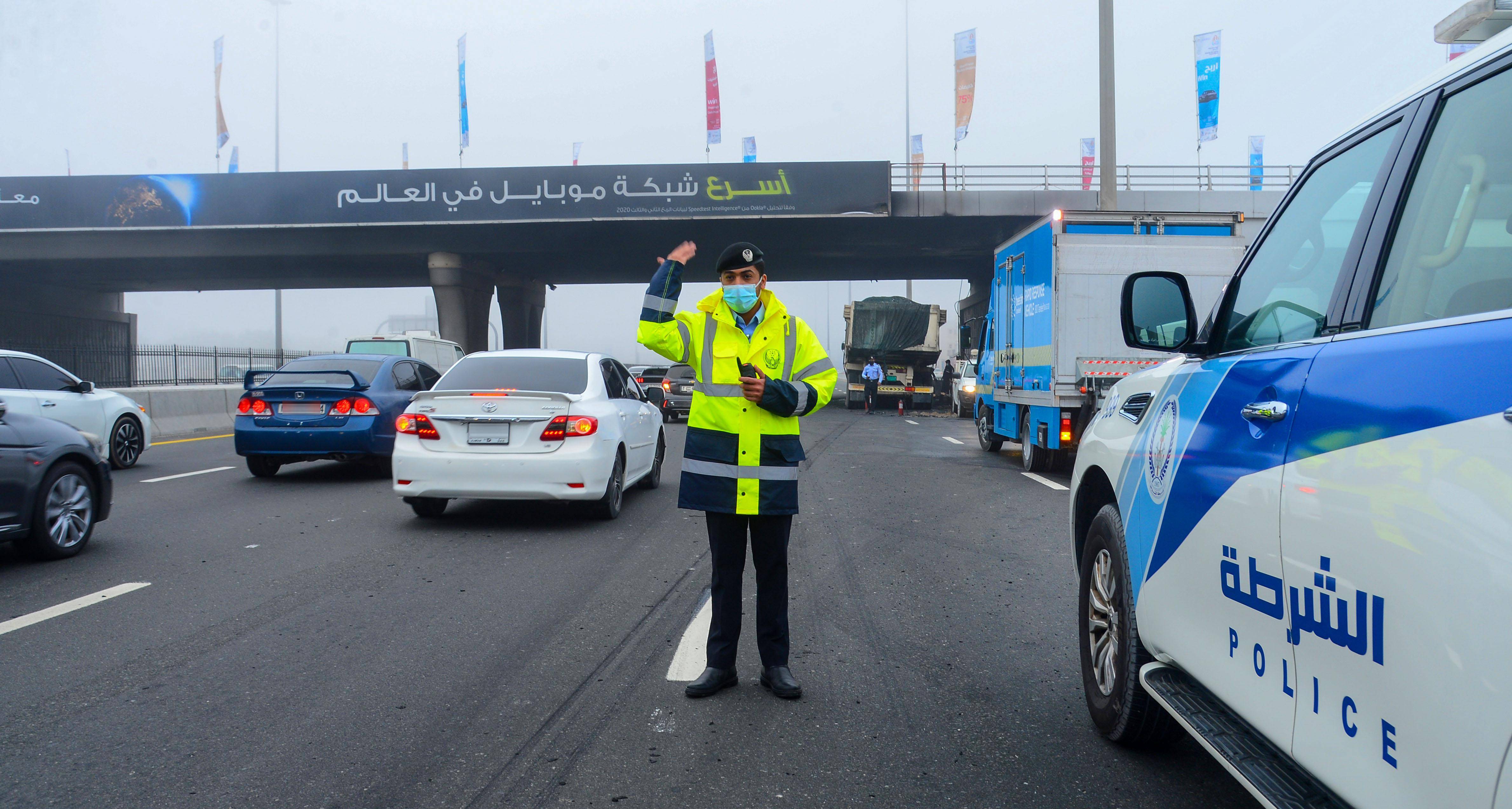 The driver managed to escape the blaze without sustaining any serious injuries.

A truck caught fire in Sharjah’s Sheikh Mohamed Bin Zayed Road as thick fog blanketed the city at around 4.40am on Tuesday, the emirate’s police said.

As soon as the incident was reported, teams of the Sharjah Police and Civil Defence were dispatched to the site, preventing the vehicle from being completely burnt. The driver managed to escape the blaze without sustaining serious injuries.

When the authorities arrived on the road towards Dubai, the truck’s hood was already on fire but the team was able to put the blaze under control.

Traffic patrols swung into action to ensure the safety of all the other vehicles on the road, especially since dense fog affected road visibility, said Major Abdullah Al Mandhari, head of the traffic and patrols department of the Sharjah Police.

Paramedics of the National Ambulance also checked on the truck driver and confirmed that he was safe.

Major Al Mandhari said the incident report had been handed over for investigation to determine the cause of the accident.

Besides this incident, the officer said no major accidents had been reported in Sharjah during the foggy morning on Tuesday.

He urged all drivers to carry out periodic checks on their vehicles and ensure all parts, including tyres and engine, are in good condition. “Everyone should also follow traffic rules, keep their eyes on the road, and avoid all distractions to ensure public safety.”