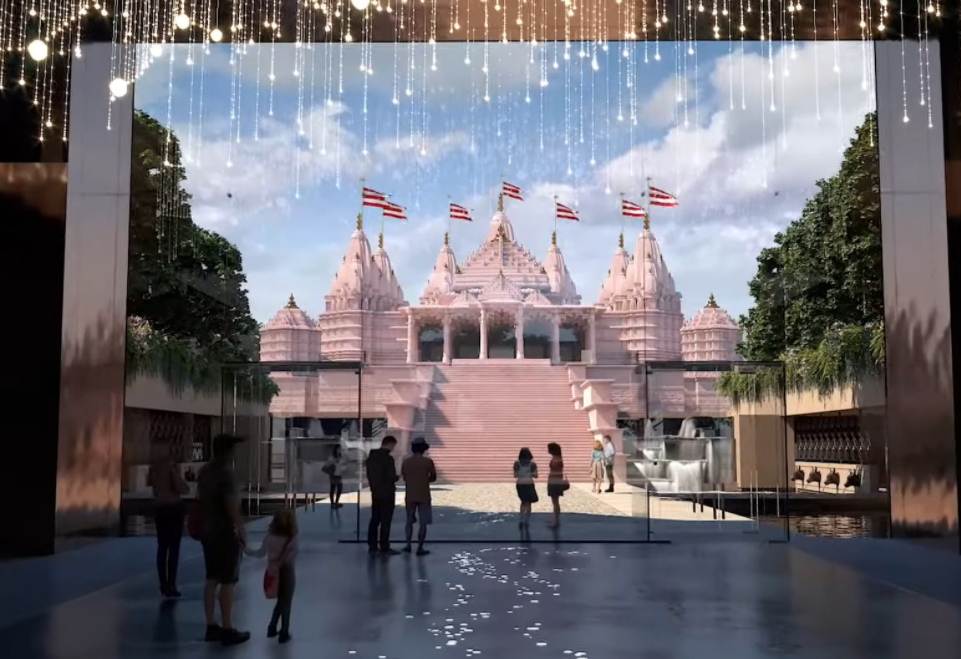 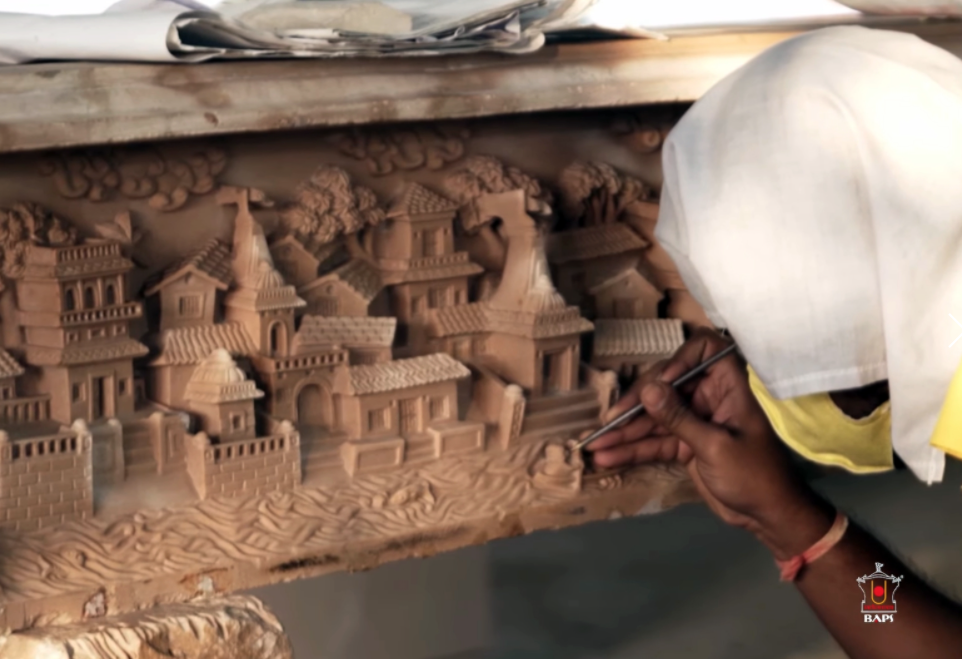 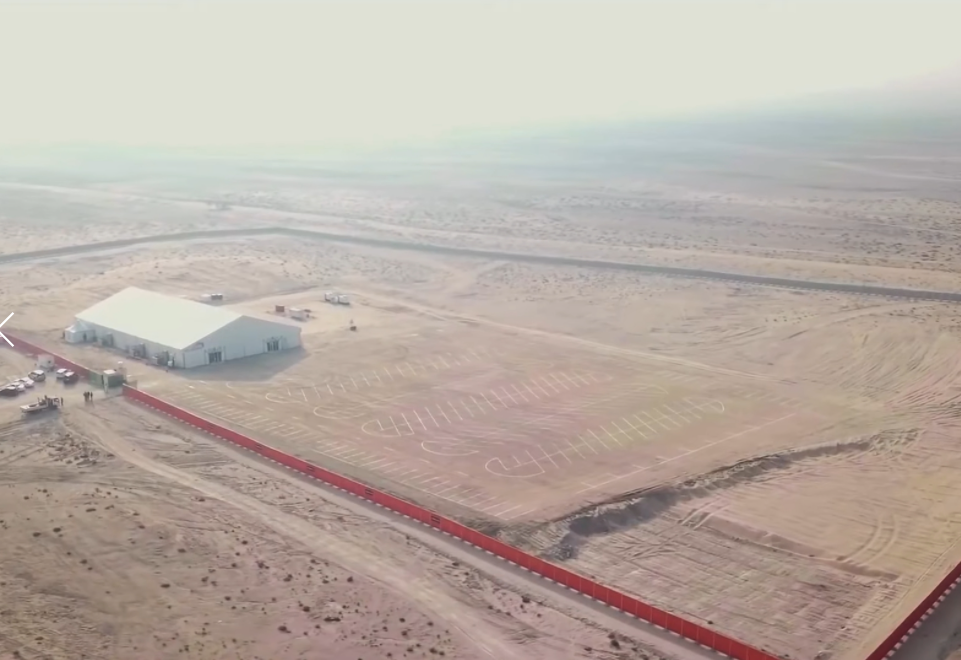 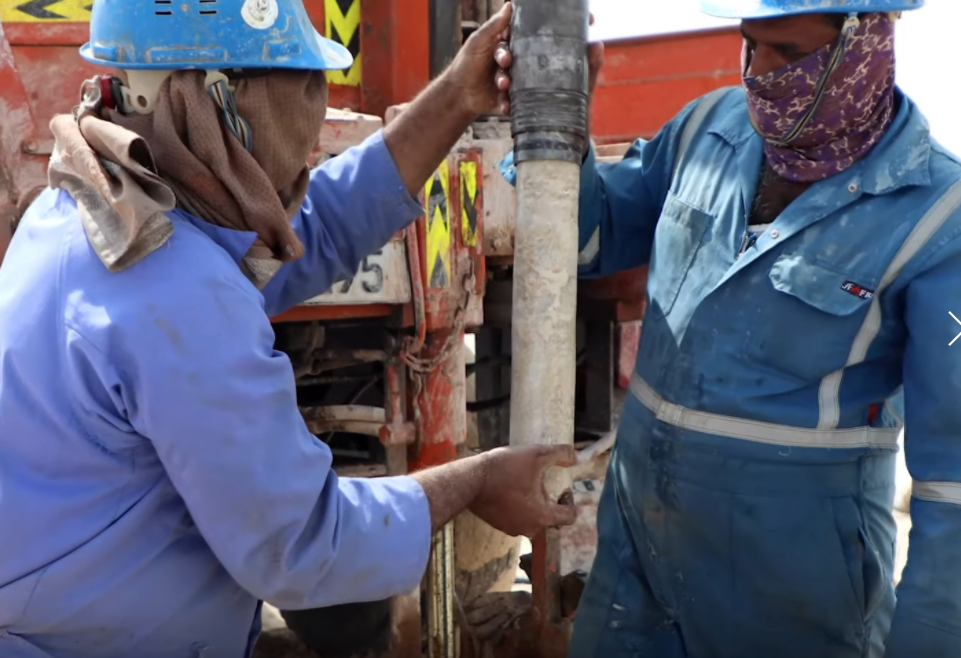 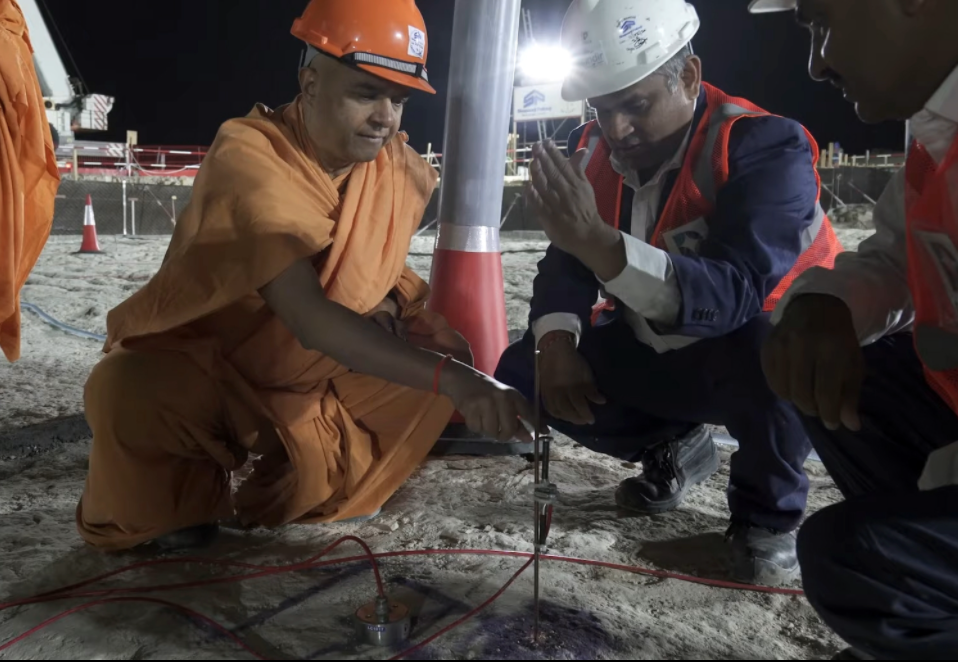 Place of worship set to be completed in 2023

The base foundation work is completed, and the work of placing the pink sandstone will commence once artisans land from India, a temple representative told Khaleej Times.

In a video update posted on YouTube, members associated with the project revealed lesser-known details about the landmark historical stone temple.

Pujya Brahmavihari Swami, the religious leader and spokesman of BAPS Hindu Mandir, revealed that the temple land located at Abu Mureikhah was found to have thick strata of sandstone.

"It's so strong and so hard that it was just one metre below the surface," said Swami, who oversees the development of the temple.

Dr Kong Sia Keong, the structural engineer for the project, noted the temple is like a "small pigeon" compared to the profile of the rock on the site.

"Where we stood during the test, the profile of the rock actually isn't flat. The profile is like we are standing on the backbone of something, because of its sloped down surface, it's something like a backbone, which immediately I thought of an elephant. We have such a big 'bone' to support the Mandir," said Dr Keong, SOE Consultants' executive director.

"I am very honoured to be part of this team because this is the first time doing a project that would last a minimum of 1,000 years," he added.

Sandeep Vyas, principal civil engineer, Air Products, said the initial geotechnical survey showed a 20-metre-thick stone in the centre of the plot where the Mandir was expected to be built.

Tinu Simon, project manager, Shapoorji Pallonji, said: "When we started this project, I was really surprised because before reaching the excavation level itself, we reached high rock. More than 15 years I am working in the GCC and for the first time I found such a good foundation within such limit."

Talking about the design of a 1,000-year foundation, Sanjay Parikh, planning cell, BAPS, pointed out: "This will be a totally un-reinforced structure and will not have any ferrous metals used as per our ancient Shilpa Shastra."

Fly ash has been used to fill up the foundation, thereby replacing 55 per cent of the cement in the concrete mix, making it eco-friendly and reducing its carbon footprint.

Jasbir Singh Sahni, project director, BAPS, said that unique Indian technology of using basic material like bamboo sticks and glass had been deployed to provide tensile strength to the concrete.

Additionally, 30 professionals from 10 countries have spent 5,000 man-hours to create a 3D model of the temple using multiple software. According to BAPS Mandir, this is the first time in history that a traditional Hindu temple has been fully digitally modelled and put through such extreme seismic simulations.

Also, more than 300 sensors have been embedded at different levels to provide live data of stress, pressure, temperature and seismic events.

The temple is expected to be completed in 2023.