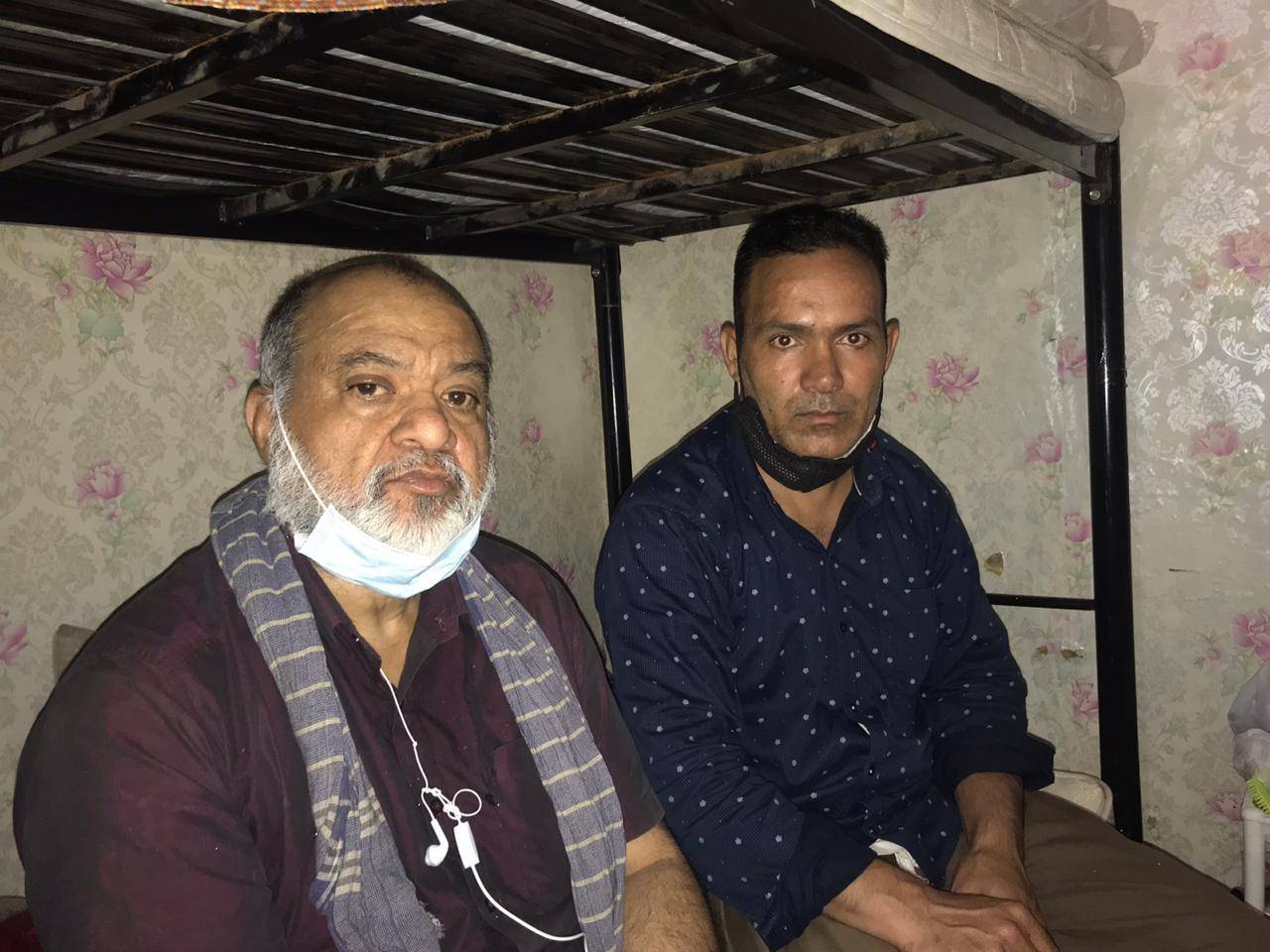 'Uncle reminds me of my father, who passed away a few years back, and my heart ached to see him suffer'

In a heartwarming story of friendship and humanity, a 36-year-old Pakistani man has voluntarily become the caretaker of a 63-year-old ailing Indian, who is partially paralysed due to two heart strokes.

Indian expat, Tomichan Puthuparambil Thomas, who has been in the UAE for the last eight years, has no words to express his gratitude for his Pakistani roommate, Mohammed Asad, 36, who has been playing the role of his care taker for the last 18 months.  The two have been room mates for around four years now.

After facing heavy losses in his small scale business and getting entangled in a civil case, Thomas, who hails from Kerala, suffered two strokes that left him not only partially paralysed but also caused blindness.

“I came to Dubai eight years ago, after working for thirty years in Saudi Arabia where I had some small businesses. Initially I took up a job in a company but since they were not paying salary on time, I started some business which also didn’t do well and since I was unable to pay the rent for my shop, I got entangles in some legal case and even went to jail for six months. This was the most stressful time for me and I suffered two strokes and was completely bed-ridden. I could not even go to the toilet on my own. And this is when Asad came to my rescue as my guardian angel.”

Although the two had a tough time communicating as Thomas would not share his pain or problems with Asad, the latter began helping Thomas, whom he addresses as uncle, with his bathroom trips and also offered him food.

“ While others in the room would be busy chatting on phone or cracking jokes, I would notice uncle sitting silently on his bunk bed and crying at times. I tried asking him his issues but he wouldn’t open up so I started helping him with his daily chores. Also, uncle somehow reminds me of my father, who passed away a few years back, and my heart ached to see him suffer. It is basic humanity to help people around you and my parents always taught me to help anyone and everyone,” Asad told Khaleej Times.

Asad, who works as a crane operator and has night shifts, makes all arrangements to see that Thomas is comfortable when he is away at work.

“I leave at 5pm for work, before that I take him to the bathroom and help him get fresh. After this I make arrangements for our meal. I then keep some fruits and any thing he requires next to his bed and leave for work. I get back at around 5am in the morning and the first thing I do is to take him to the washroom as he is a diabetic and often needs to use the loo.”

Asad’s main concern is to see uncle Thomas return to his country safe and sound to his family. “ We must not look at politics, nationality or any other differences when helping people. For me it was not an Indian or Pakistani who needed help but a human like me who needed assistance. And I will continue to help him till I put him on that airplane back home,” said Asad.

Thomas, who has a rental case against him, cannot fly back home despite his failing health as he has a travel ban.

Community volunteers Rayees Poyilunkhal, Saman Abdulkhadar along with advocate Fareeth and VP Sasikumar are in talks to try and settle Thomas’ case in an amicable way so he can fly back home as soon as possible and get proper treatment.