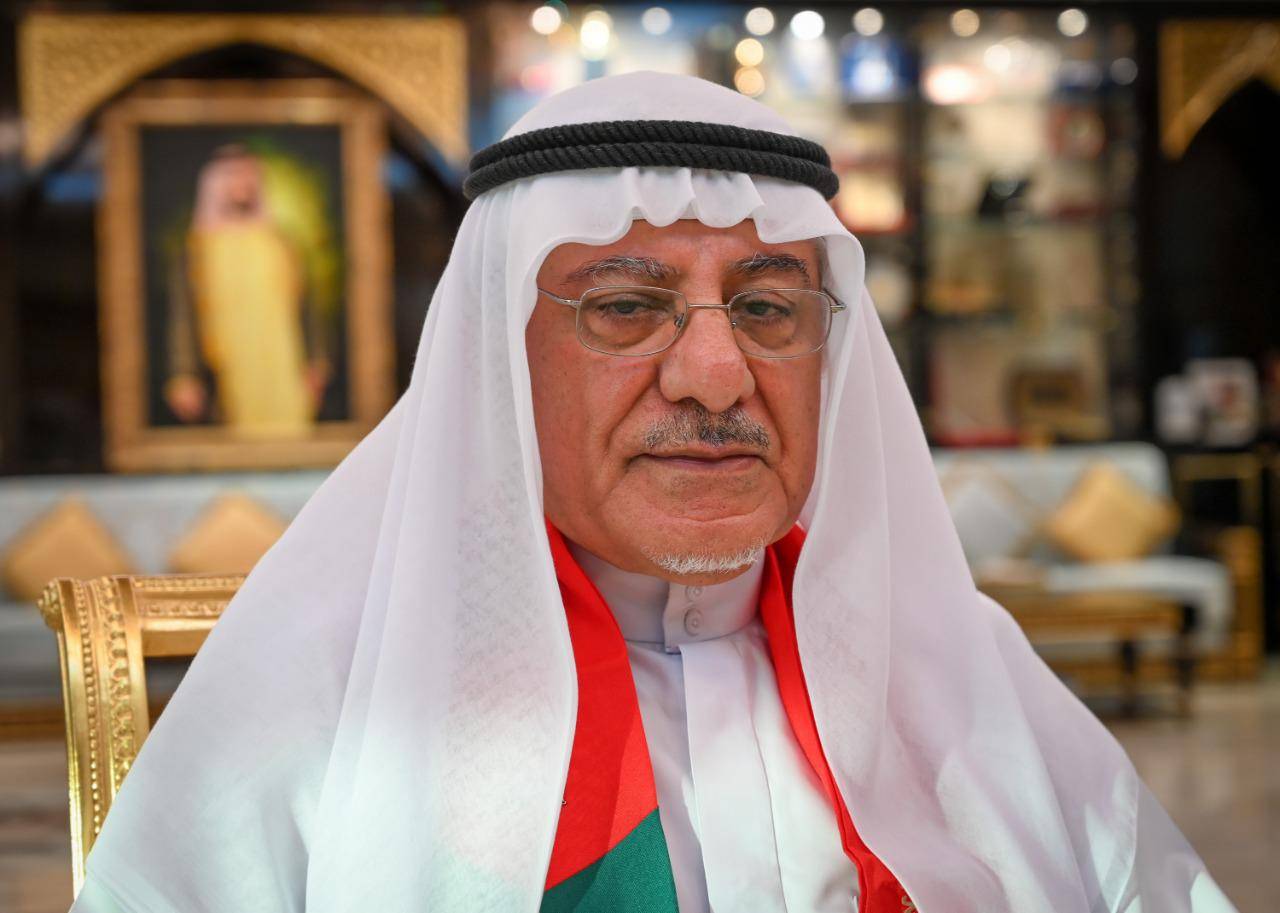 Dr Arif Al Sheikh, the author of UAE’s National Anthem at his residence in Dubai - Photo by M. Sajjad/Khaleej Times

The anthem was then recorded on Radio Dubai.

Emirati Dr Arif Al Shaikh had only three days to write the lyrics of the UAE’s National Anthem. But he did it — and to this day, the words of Ishy Bilady remain his most prized treasure.

Spearking to Khaleej Times, Dr Al Sheikh recalled how back in the day, the flag used to be raised with an accompanying melody. A patriotic rhythm without any words.

In 1986, then education minister Humaid Al Tayer was on a field tour of schools when he noticed how the flag would be hoisted with this patriotic rhythm, but without any words. “He wished we could have a full anthem just like those in other countries, and so he returned to a library in the ministry’s building to look for a written piece,” Dr Al Sheikh recounted.

At that time, Dr Al Sheikh was the head of the examinations department in the ministry. “The minister asked me to compose an anthem that matches the ready-made melody of the national anthem. It was big challenge for me to write poem after the melody, as the conventional way was first to write the piece and then composing it. The other challenge was that he asked me to finish writing the words in only three days.”

Recalling how he came up with the words, he said: “I listened to the melody dozens of times until it was firmly established in my memory. Then I was able to write the words that could touch souls and sentiments of every citizen and resident.”

‘My wife was the first to hear the words’

The idea, he said, was to express the spirit of the Union and let the values of loyalty and patriotism shine.

“My wife was the first person to hear the words, as she was my best counsellor. She liked them, and that made me feel confident.”

The next day, Dr Al Sheikh handed it to the minister, who then delivered it to the Cabinet. “In the afternoon, Al Tayer called me to share the good news that we have succeeded.”

The anthem was then recorded on Radio Dubai, circulated among schools and government offices — becoming a work of art that has since become part of the UAE.

“Some days later, the words of this anthem became the talk of the town. I heard people singing it, expressing they love for the country. It was my proudest moment,” Dr Al Sheikh said.

When he got the chance to ask Sheikh Zayed about what he thought about the lyrics, the UAE’s Founding Father said: “Now you love the UAE and the Union more than me.”

“I felt so happy and proud,” said Dr Al Sheikh.