The Emirates Mars Mission (EMM) on Wednesday wowed the world with dreamy images of the Red Planet — glowing with its ‘Discreet Aurora’.

The Hope Probe’s snapshots of the aurora on the night side of Mars were the first ever clear, detailed pictures of the phenomenon. Previously, images of this cosmic spectacle had been available only as artist’s impressions. 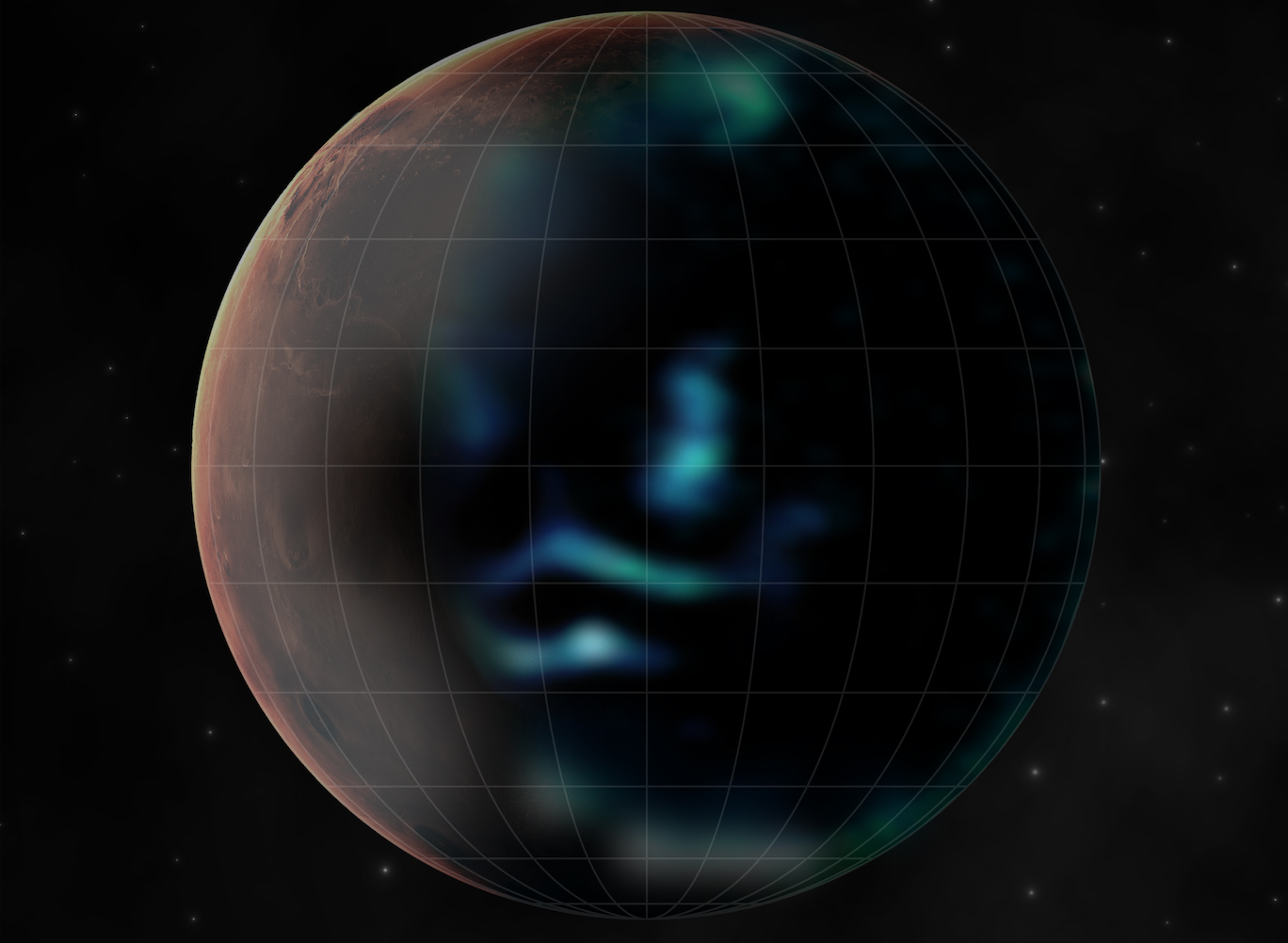 The images are not only stunning, they also provide scientists with a wealth of information about the interactions between solar radiation, Mars’ magnetic fields and the planetary atmosphere.The Red Planet’s magnetic fields apparently guide fast electrons from space down into the atmosphere, causing it to shimmer like Earth’s aurora. 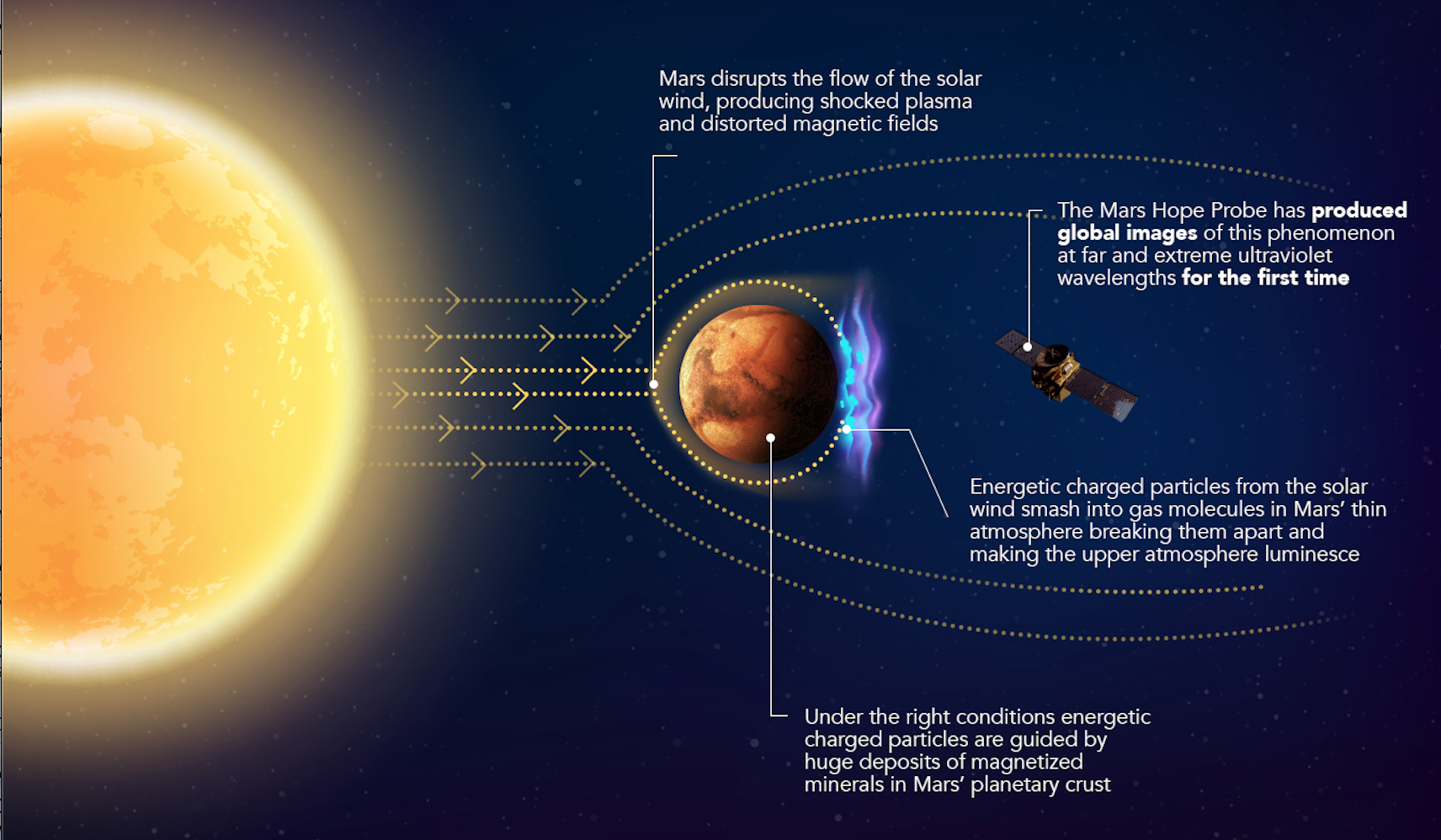 The most sensitive ultraviolet instrument to orbit Mars, EMUS is able to image these dynamic auroral events globally at high resolution and across a range of wavelengths, providing an unprecedented window on the interaction of the atmosphere with solar particles. 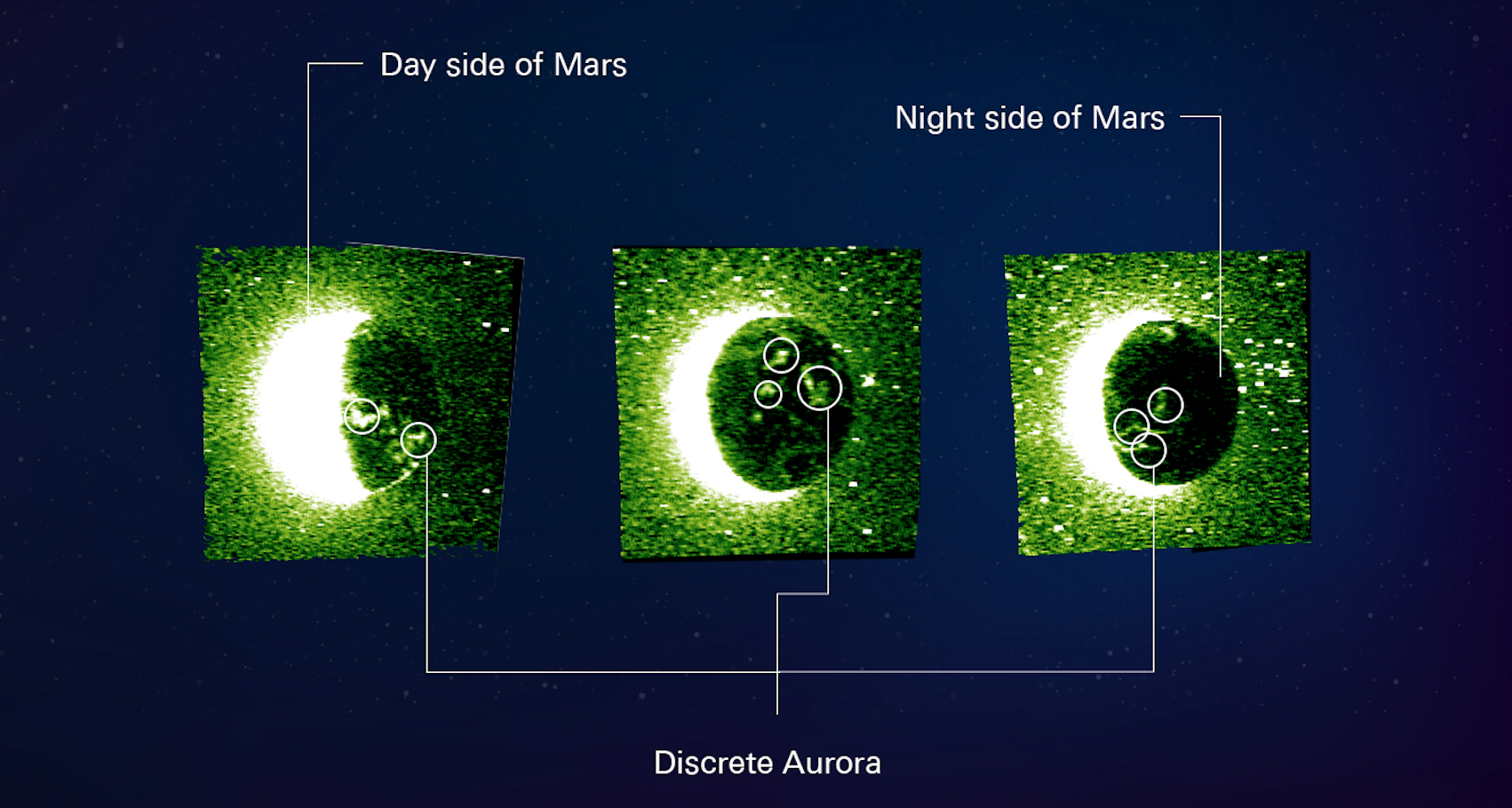 EMM Science Lead Hessa Al Matroushi said: “Mars’ aurorae are an area of intense interest to the global scientific community and their study has tremendous potential to challenge, expand and deepen our understanding of Mars’ atmosphere and its interaction with the planet and with solar energies. We were hopeful that EMUS could make a contribution in this area, but we now know with absolute certainty that contribution is going to be ground-breaking.”

EMM Deputy Science Lead Justin Deighan, said: “We have totally blown out ten years of study of Mars’ auroras with ten minutes of observations…These exciting observations go above and beyond the original science goals of the Emirates Mars Mission.”