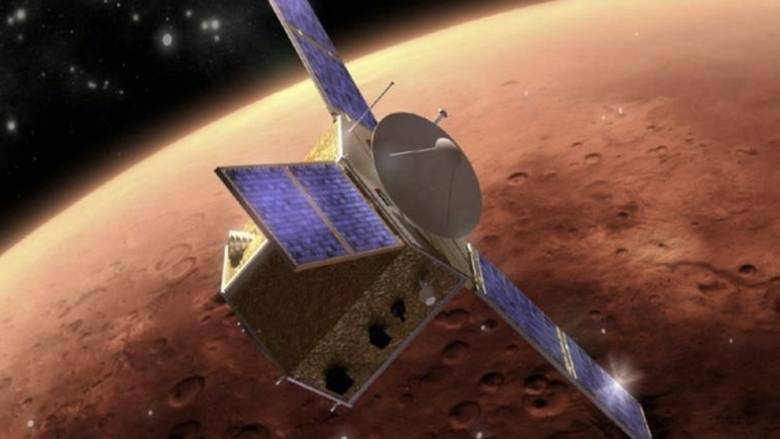 This comes as the Arab world’s first interplanetary exploration completed its spacecraft and instrument exercises that are used to practice science observations.


The Hope Probe has commenced its two-year science mission starting Sunday and will now begin its science data gathering.

This comes as the Arab world’s first interplanetary exploration completed its spacecraft and instrument exercises that are used to practice science observations.

The probe will yield the first complete picture of Mars’ lower and upper atmospheres throughout the day, night and seasons of a full Martian year.

Hope is following its planned 20,000–43,000km elliptical science orbit, with an inclination to Mars of 25 degrees.

It will complete one orbit of the planet every 55 hours and will capture a full planetary data sample every nine days.

Omran Sharaf, project director of EMM, opined, “Following a successful cruise to Mars, a near-perfect Mars Orbit Insertion manoeuvre and our transition from Hope’s capture orbit to our science orbit, we have completed our commissioning, calibration and testing phase. I am delighted to be able to report that the Mars Hope probe is perfectly positioned to commence its two-year science mission.”

The probe’s three instruments were activated on April 10 and a period of commissioning and testing followed. It’s said the instruments and spacecraft are performing beyond expectations.

This initial execution of four distinct observation types have demonstrated that the spacecraft and instrument work perfectly in tandem, accurately tracing the EMUS field of view across specific areas of interest. These observations will be repeated throughout the science phase, characterizing the composition and structure of the upper atmosphere as it changes within and across seasons.

The Hope probe Emirates Exploration Imager (EXI) imager has taken over 500 images of Mars since the transition to science orbit took place in early April and will now focus on mapping water ice clouds in the atmosphere as Mars enters its ‘cloudy season’. During this time, spring and summer in the Martian northern hemisphere, a belt of clouds forms near the equator. Hope will have a unique view of these clouds through its ability to observe the changing dynamics of the atmosphere throughout the daily and seasonal cycles.

The Emirates Mars Infrared Spectrometer (EMIRS) has been acquiring science demonstration data, refining instrument calibration and routinely processing data since Hope’s arrival at Mars. In total, over 130,000 spectra have been acquired since arrival at Mars.

More than 40 science demonstration observations have been acquired that span a significant portion of the planned local time coverage and encompass all observation scenarios. EMIRS will derive the surface temperatures, atmospheric temperature profiles, the column integrated water ice and dust opacities as well as the water vapour abundance over the full Martian day on sub-seasonal timescales.

A combination of all the three instruments on board will provide a unique insight into Martian weather and links to atmospheric escape processes.