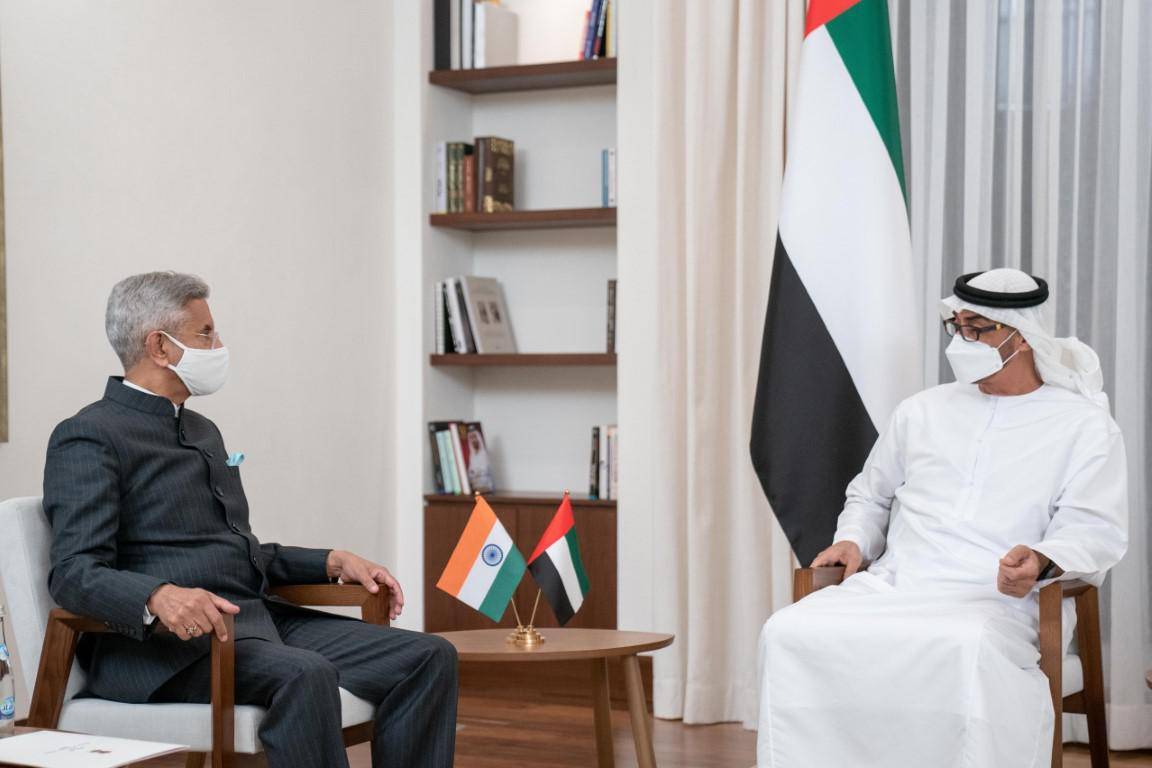 Sheikh Mohamed discussed with the Indian minister strategic and friendship relations between the two countries and ways of furthering bilateral cooperation and partnerships, particularly in political, investment and economic fields.

The meeting also touched on the latest developments regarding the Covid-19 pandemic, and the importance of the two countries' cooperation in the fields of pandemic containment, prevention and control of its spread.

Thank HH @MohamedBinZayed for receiving me on arrival at Abu Dhabi. Conveyed the greetings and good wishes of PM @narendramodi. UAE’s care and consideration of its large Indian community is deeply appreciated. pic.twitter.com/0xewAQvj9a

Jaishankar conveyed to Sheikh Mohamed the greetings of Indian Prime Minister Narendra Modi and his wishes of further progress and prosperity to the UAE.

Sheikh Mohamed reciprocated greetings to the Indian Prime Minister and his best wishes to the people of India.

He noted that the relations between the two countries have witnessed remarkable growth, thanks to the keenness of the leaderships of the two nations.