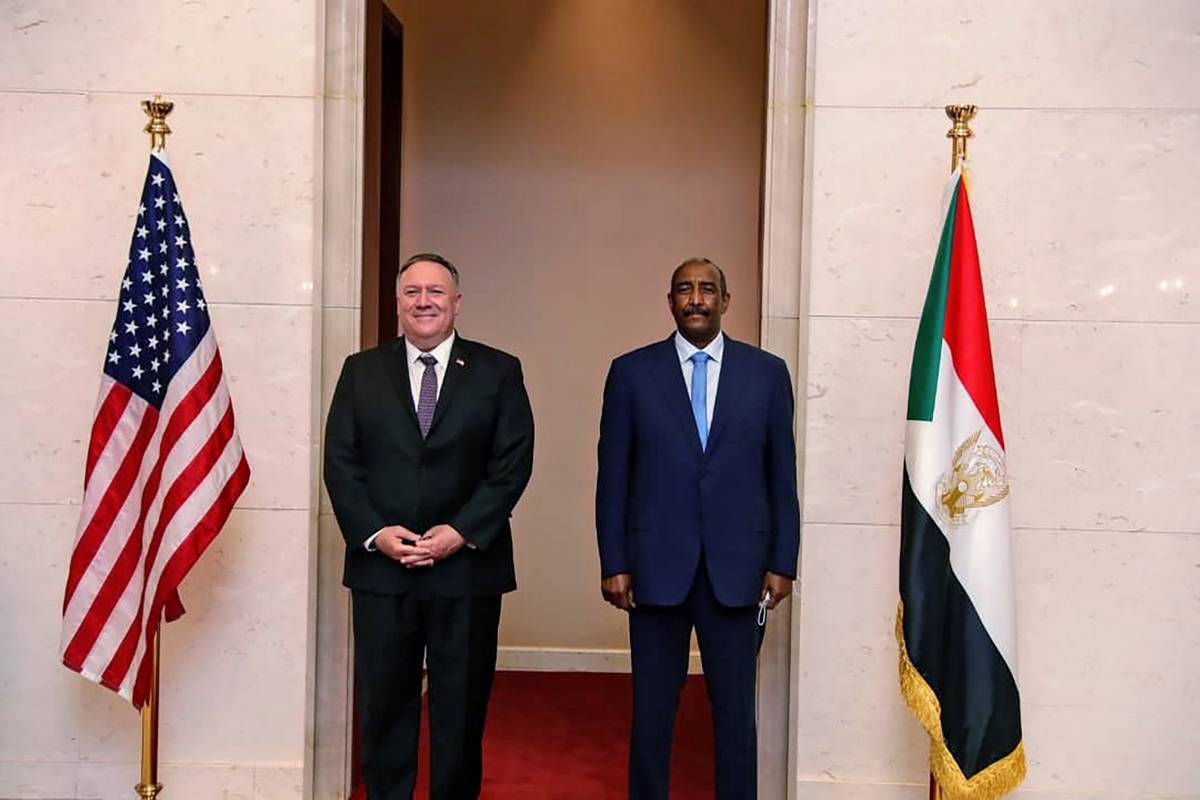 US Secretary of State Mike Pompeo stands with Sudanese Gen. Abdel Fattah Burhan, the head of the ruling sovereign council, in Khartoum, Sudan.

The UAE has welcomed the understanding between Sudan and the United States, which led to the announcement of US President Donald Trump on the near removal of Sudan's name from its list of countries that sponsor terrorism.

In a statement, the UAE Ministry of Foreign Affairs and International Cooperation expressed its support for all efforts to complete the procedures to remove Sudan from this list, stressing its support for everything that contributes to enhancing Sudan's security, stability and prosperity in a way that achieves the aspirations and hopes of the Sudanese people for development, prosperity, and stability.

The ministry expressed hope that this step would end the long years of isolation and the political and economic suffering to which Sudan has been subjected and boost peace, security, and stability in its territories in a way that will benefit the Sudanese people and the region.