Game of Thrones actor among strongmen competing in Dubai contest 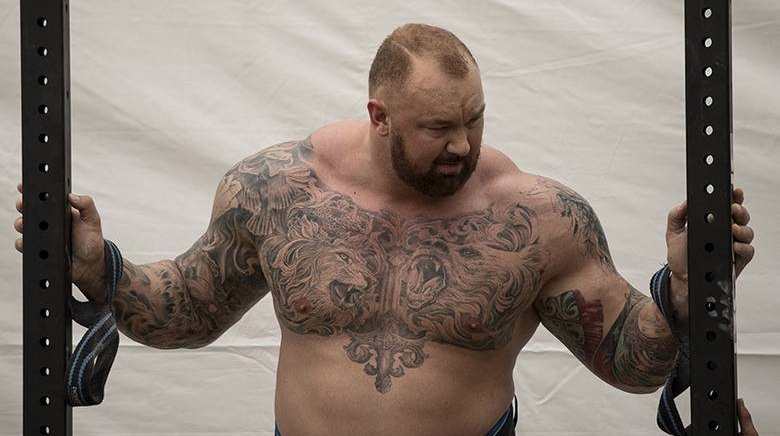 Everyone has a superhero — that one who filled our fantasy world and gave us that assurance that they can save the world. As kids growing up in the 80s, we marvelled at the likes of imaginary characters like Superman, Spiderman, Batman and Robin, through those comic books. Their superhuman efforts then came to life on those huge black and white television sets. Later down the years, a gifted few actually defied physics by pulling a car, bus or truck to leave us in awe.

And some of them are in Dubai, to compete against each other and themselves to be crowned the World's Ultimate Strongman and Woman.

Friday will witness some of the accomplished athletes go head to head to claim the top prize and show that nothing is beyond a human, as the event marks its return to its birthplace — Dubai.

Apart from the main events on Friday, which takes place at the newly-opened Sport Society in Mirdiff, Icelandic strongman and actor Hafthor Bjornsson, who played the character Gregor 'The Mountain' Clegane in the epic series Game of Thrones, will square off against arm wrestler Devon Larratt in a one-off boxing match on Saturday.

"Obviously, we want to create a level playing field for everyone, having the women involved. So, this is going to be the first time, it's never been done before," he added.

The Scotsman is an accomplished strongman of repute, Great Britain and Scotland's strongest man.

"We've got five grilling events. — Log Press, Yoke Walk, Farmer's Walk, Atlas Stones and a mystery event. That said, it is the biggest competition globally and obviously, bringing it home to Dubai, where the World's Ultimate Strongman was founded. This is where it all started. So, it's good to bring it back here, bring it back home for this year," Boyd said of the event, which is into its third year.

A former Royal Marines physical training instructor who had continued to advocate fitness by pulling a Brighton College bus in Dubai in 2018, Boyd said that apart from providing a platform to these elite athletes, he also dreams of making it more accessible.

"I'm an athlete myself, and obviously, these guys are the next level. So I wanted to give them a platform to compete and to grow the sport locally within the region and internationally," said Boyd.

"It is every man's sport, let's say you're doing day to day tasks but to an extreme, level so what I'm trying to do with World's Ultimate Strongman is create exposure."

Strong Gym is trying to make the sport accessible to the general population. Spectators can come and lift an Atlas stone that weighs 10kg, a sandbag with 20kg or a log that weighs 20kg.

"Rather than it being the massive and big implements, we are trying to make it simpler and down to the grassroots and perhaps finding local talent, maybe Emirati strongmen, strongwomen to compete." said Boyd

"Several athletes have the potential to reach this level so hopefully the more exposure we put towards the locals, the more interest."