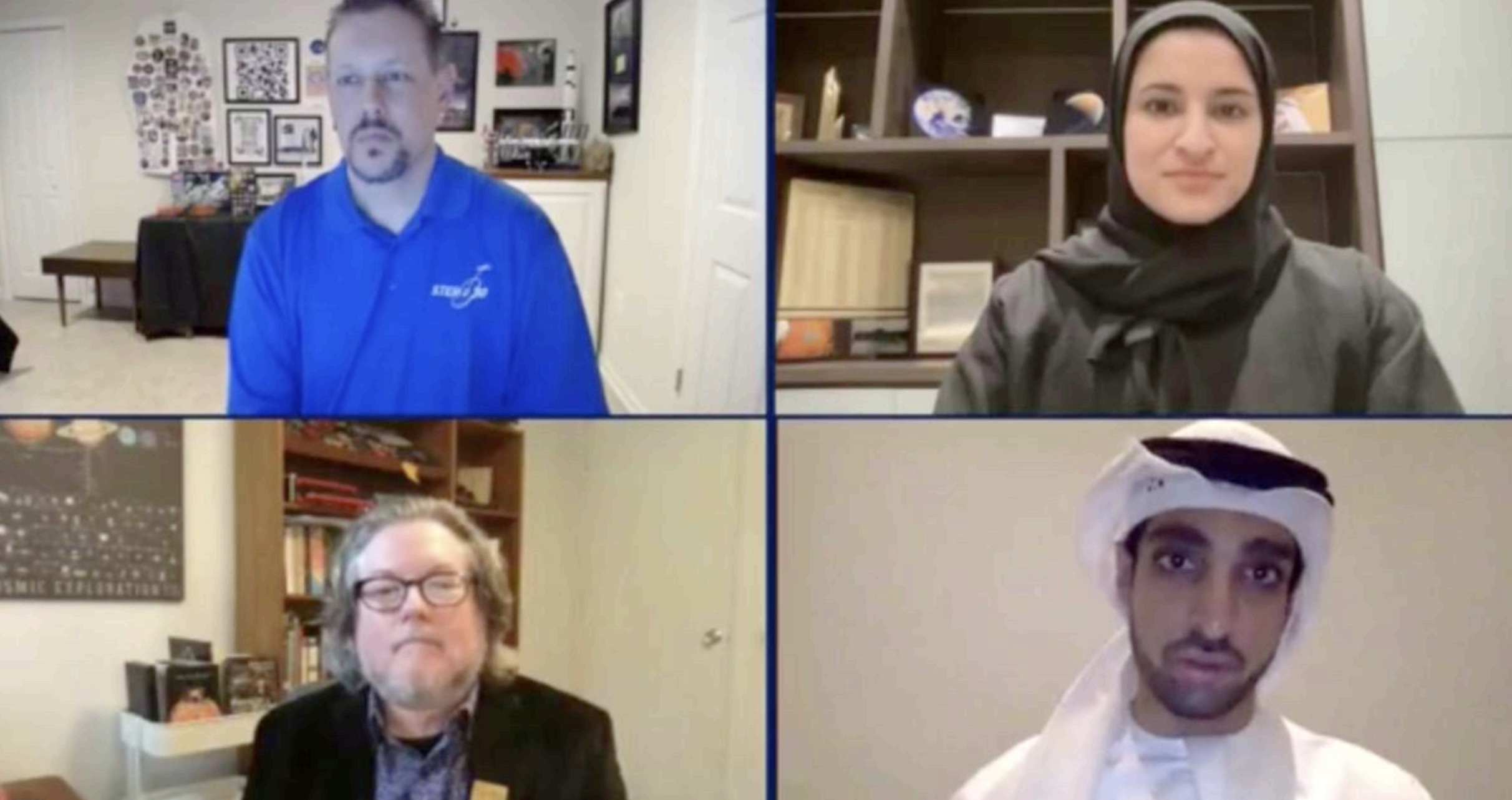 Sarah Al Amiri and other officials during a virtual talk on Emirates Mars Mission.


Sending the Hope Probe to Mars was a big challenge for the UAE. The Emirates Mars Mission (EMM) team has had to overcome huge hurdles — from budget constraints to a tight timeline — but the inspiration it beamed among the Arab youth made every effort worth it, officials said in a virtual talk on Thursday evening.

Sarah Al Amiri, Minister of State for Advanced Technology and Deputy Project Manager of the EMM, said it was a transformative mission that paved the way for STEM education and taught the Arab youth to dream big.

“As we went through the whole process of developing the Hope Mars mission — we learnt a new mechanism by which a country can develop a sector and an industry that didn’t exist before. Exploring space has inspired the Arab youth to see science, technology, engineering, and math as paths to follow and to think of a sector that we could never imagine we would have in such a short span. This mission has normalised space exploration and has opened a whole new facet for students to explore,” Al Amiri said.

Since the launch of the Mars mission, entire households across generations suddenly changed their perceptions about science and technology, the minister said. “This is the environment anyone would want their children to grow up in — an environment that would show them the possibilities and allow them to select them what they are passionate about.”

Omran Sharaf, project director of the EMM, said the mission created “a big shift in the mindset of the youth” and inspired them to explore science, technology, engineering, and mathematics.

“Universities that didn’t have science programmes began offering the subjects after this mission. Students who were studying finance and international relation are shifting towards physics, chemistry and math,” Sharaf said.

“This mission has sent a positive message of learning to co-exist and become generators of knowledge, to the over 100 million Arab youth in the Mena region.”

Shedding light on the challenges they faced, Sharaf said: “When the mission was announced, we had a limited budget of $200 million to develop the Hope Probe and the time frame we had was almost half compared to what other nations took to deliver similar missions — six years.”