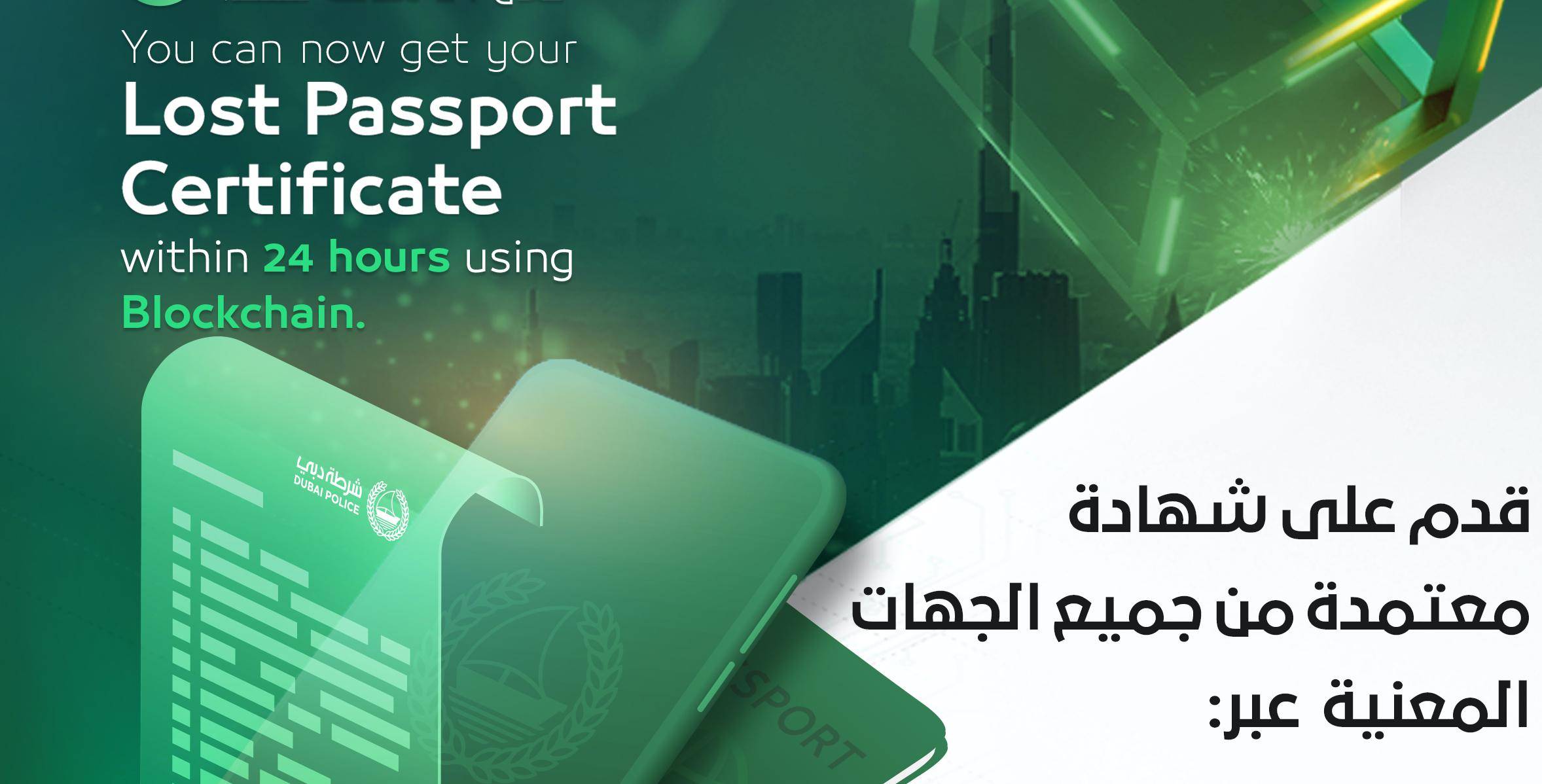 Earlier, applicants had to visit different departments before obtaining the certificate after four working days.

The platform connects the police with the Dubai Courts, Public Prosecution and the General Directorate of Residency and Foreigners Affairs.

Earlier, applicants had to visit each of the entities before obtaining the certificate after four working days. The blockchain-enabled service issues the certificate by e-mail without the need to visit any service centres.

According to Brigadier Khalid Nasser Al Razooqi, director-general of the General Department of Artificial Intelligence at Dubai Police, the service significantly cuts the time it takes to register a lost passport.

The service enables customers to get the certificate in three steps rather than eight.

“Customers can apply for a lost passport certificate via the Dubai Police website, smart app or a Smart Police Station (SPS). Alternatively, they can avail the service through the blockchain-enabled service channels of the Dubai Public Prosecution, Dubai Courts and the General Directorate of Residency and Foreigners Affairs,” he said.