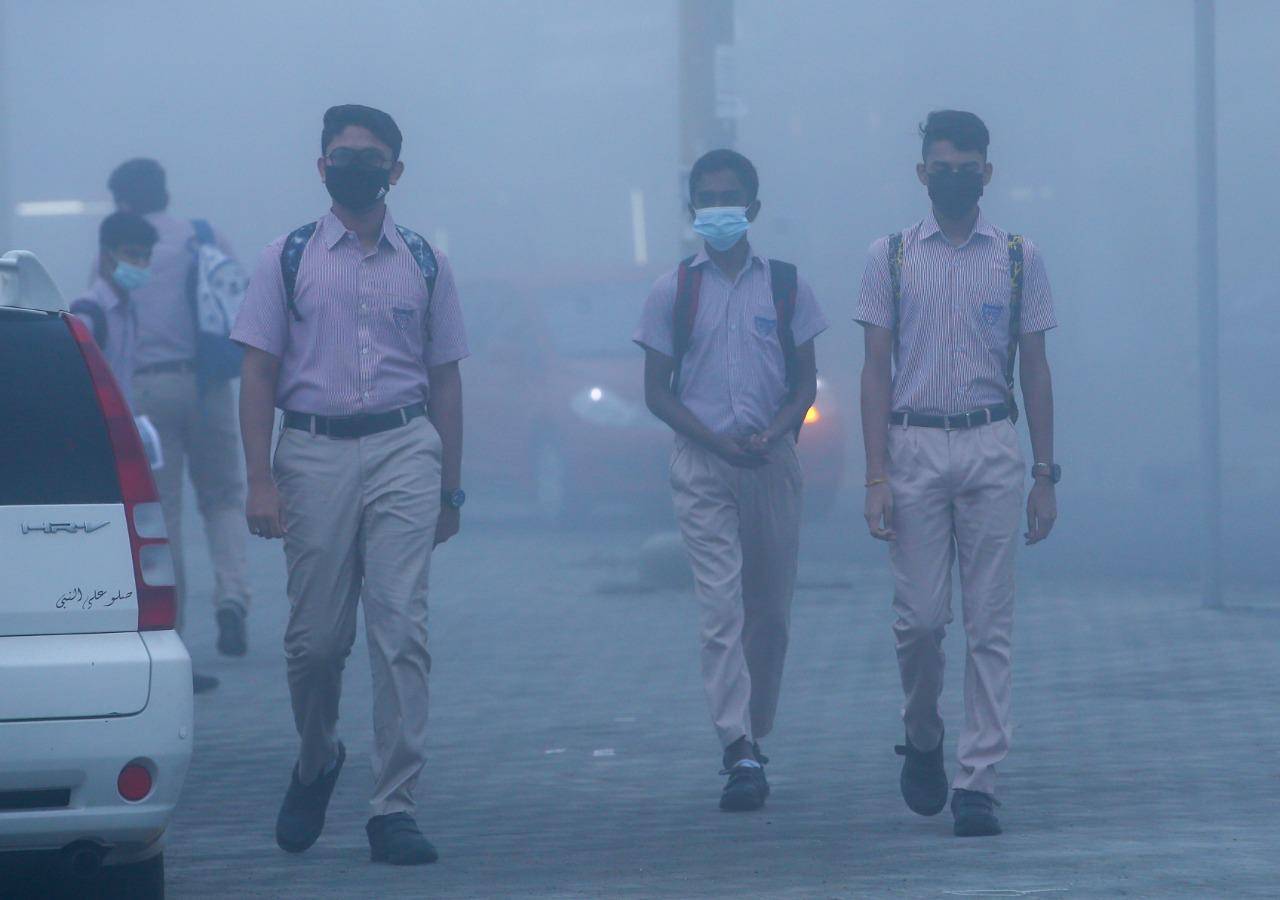 E-learning will also be an option in this academic year.

Abu Dhabi private schools on Sunday re-opened for in-classroom lessons amid a spike in Covid-19 cases, but the attendance of pupils was affected due to an inordinate delay in the movement of school buses because of foggy weather conditions.

Also read: Brace for foggy days ahead, temperature to rise

Earlier, the Abu Dhabi Emergency, Crisis and Disasters Committee had announced that in-classroom lessons would resume for all grades in the emirate from February 14.

The authorities had approved a preventive protocol specific to the school community, including for academic and administrative staff and pupils, which will remain in force till the end of the academic session.

E-learning will also be an option in this academic year.

George Mathew, principal, GEMS United Indian School, Abu Dhabi, on Sunday told Khaleej Times that out of the 500 pupils, who had registered for face-to-face classes, only 170 were in attendance on Sunday.

"The school received pupils from KG-1 to Grade-12, but many didn't come on the first day, as school buses' movements were restricted because of dense fog. Those who managed to commute by school buses reached school after 9.30am after the fog had lifted," he said.

Mathew said out of the 3,000 pupils, only 500 had opted for in-classroom learning, as many parents were still adamant not to send their children to the school owing to a spike in Covid-19 cases.

"Pupils, who have registered for in-classroom lessons, have opted for alternating days' model, with two days a week for attending classes in person," he added.

The school has put in place all precautionary measures, including negative Covid-19 test result for pupils, installation of thermal cameras, maintaining social distancing norms, wearing of masks, placement of stickers and furniture are kept at a distance of 1.5 metres (m) in classrooms.

"An estimated 80 per cent of our teachers and administrative staff have been vaccinated. Also, Adek (Abu Dhabi Department of Education and Knowledge) inspectors are regularly visiting the school to ensure that all safety guidelines are in place," said Mathew.

Anna Padgiwalla, principal, Mayoor School Abu Dhabi, said her institution was slated to welcome pupils on the first day of reopening on Sunday.

"However, we sent out a circular in the morning to parents that because of the dense fog that blanketed parts of Abu Dhabi, in-classroom lessons will start after two more days. Distance learning will continue till Tuesday," she said.

Salman Khan, deputy principal of Islamia English School in Abu Dhabi, said the attendance of pupils on Sunday was on expected lines.

"An estimated 25 per cent of pupils, who had opted for in-classroom lessons, attended the school," he said.

"Many pupils have opted for online classes amid a spike in Covid-19 cases," he added.

Ashraf Ahmed, an Indian parent, said his son, 17, a pupil of Grade 11 at Model School, Abu Dhabi, attended school on Sunday. "I sent my son back to the school. He had stayed at home for long. I want him to interact with his peers and teachers in school," he said.

"The Covid-19 situation is worsening by the day. However, I'm hopeful that children will learn how to cope up with the Covid-19 and the new normal," he added.

Hassan Khalid, another parent, said his children, aged eight and nine, respectively, would undergo online classes at home for now.

"The Covid-19 cases have been rising in the UAE since early January, he added.