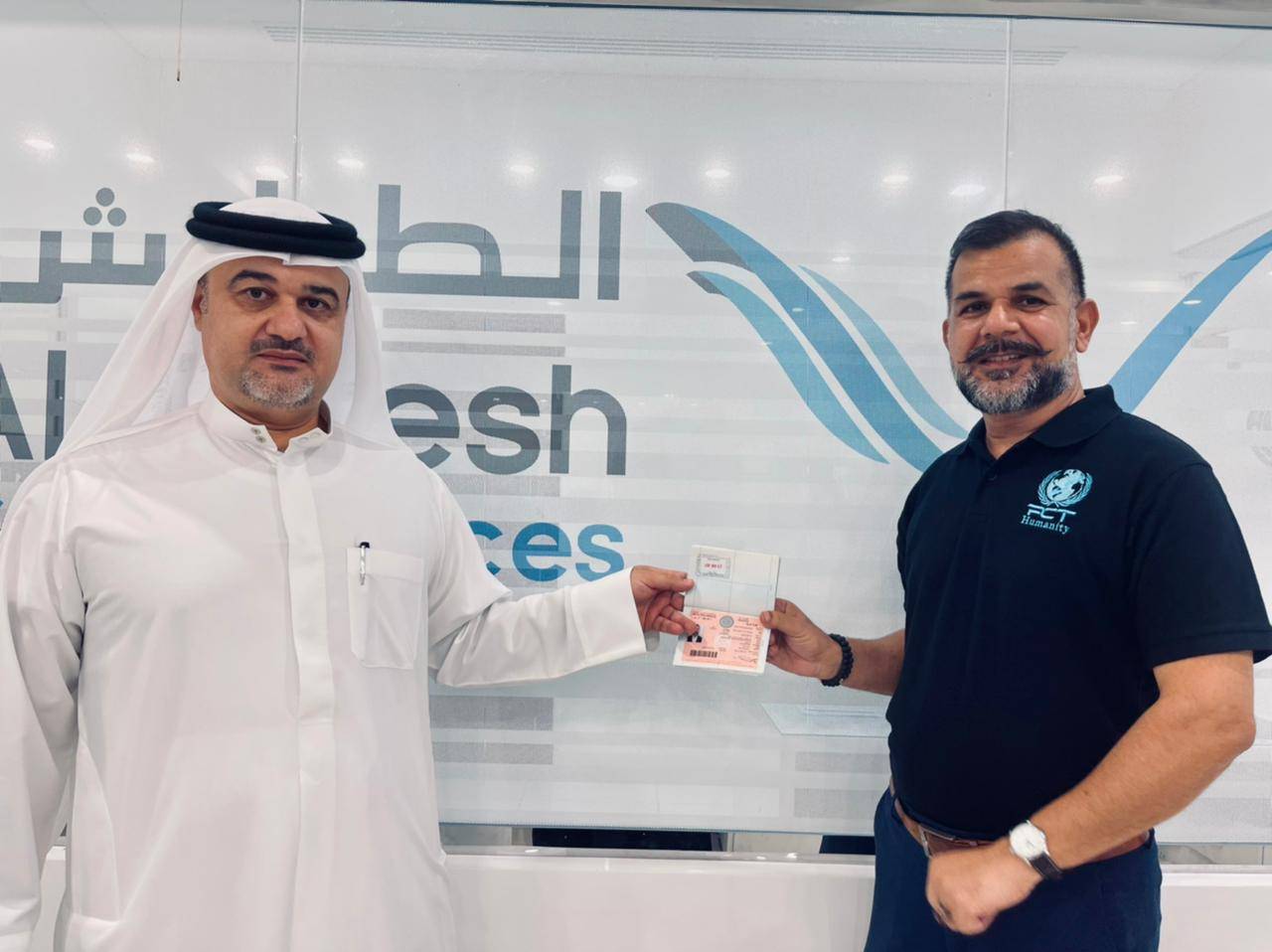 The philanthropist and businessman arrived in Dubai in 1993 with just Rs1,000.

An Indian social worker and philanthropist in Dubai was awarded the UAE’s coveted 10-year Golden Visa for his humanitarian efforts.

Joginder Singh Salaria, founder of Pehal Charitable Trust (PCT) Humanity, got the humanitarian visa stamped on his passport on Monday. Salaria is also the head of a heavy equipment transport business in Dubai.

Speaking to Khaleej Times, the expat — who has been helping those in need since 2012 — said he owed ‘everything’ to the UAE leadership and his role model, His Highness Sheikh Mohammed bin Rashid Al Maktoum, Vice-President and Prime Minister of the UAE and Ruler of Dubai.

He expressed his gratitude in a video message:

“I have immense gratitude for the Dubai Police as well. They have been instrumental in supporting my humanitarian efforts,” he said.

Ahead of World Humanitarian Day on August 18, Sheikh Mohammed took to Twitter to announce that charity and humanitarian aid workers shall be eligible for the Golden Visa.

Salaria came to the UAE in 1993, travelling from Indian state of Punjab with only Rs1,000 (less than Dh50) in his pocket.

“Given where I am now, I only have massive gratitude for the leaders of the UAE. This country is truly heaven on earth, and for someone like me to be granted this great honour is proof that anyone can come here and achieve their dreams,” he said.

>> UAE Golden Visa: Eligibility for long-term residency to be expanded

>> UAE Golden Visa: How to apply or nominate someone using the ICA app

“The centre has branches in Punjab, and my team and I opened the Dubai office in International Humanitarian City (IHC) in 2018,”

The non-profit PCT Humanity has been recognised for its charitable efforts multiple times. In 2019, it won the Guinness World Record for organising the ‘longest line of hunger relief packages’ in Abu Dhabi during the holy month of Ramadan.

The organisation has been conducting several awareness programmes, flood relief drives amd blood donation camps. It has also been providing support to orphanages, widows and older adults, and fulfilling the educational needs of children in need.

PCT Humanity has organised several camps in Dubai in association with the police. It has also extended its support to Uganda by distributing books, stationery, school uniforms, footwear and sports kits.

In 2019, Salaria set up more than 60 hand pumps at a poverty-hit village in Pakistan. He had paid for the air tickets of released prisoners from seven countries so they can fly home.

More recently, the expat helped out a distressed Pakistani family, a mother and her three children. He took care of all their expenses; facilitated the release of the woman’s husband from jail; and then flew the family to their home country.

“I believe we must live in peace and harmony without any discrimination,” said Salaria, who has two children, a 16-year-old daughter and a 20-year-old son.