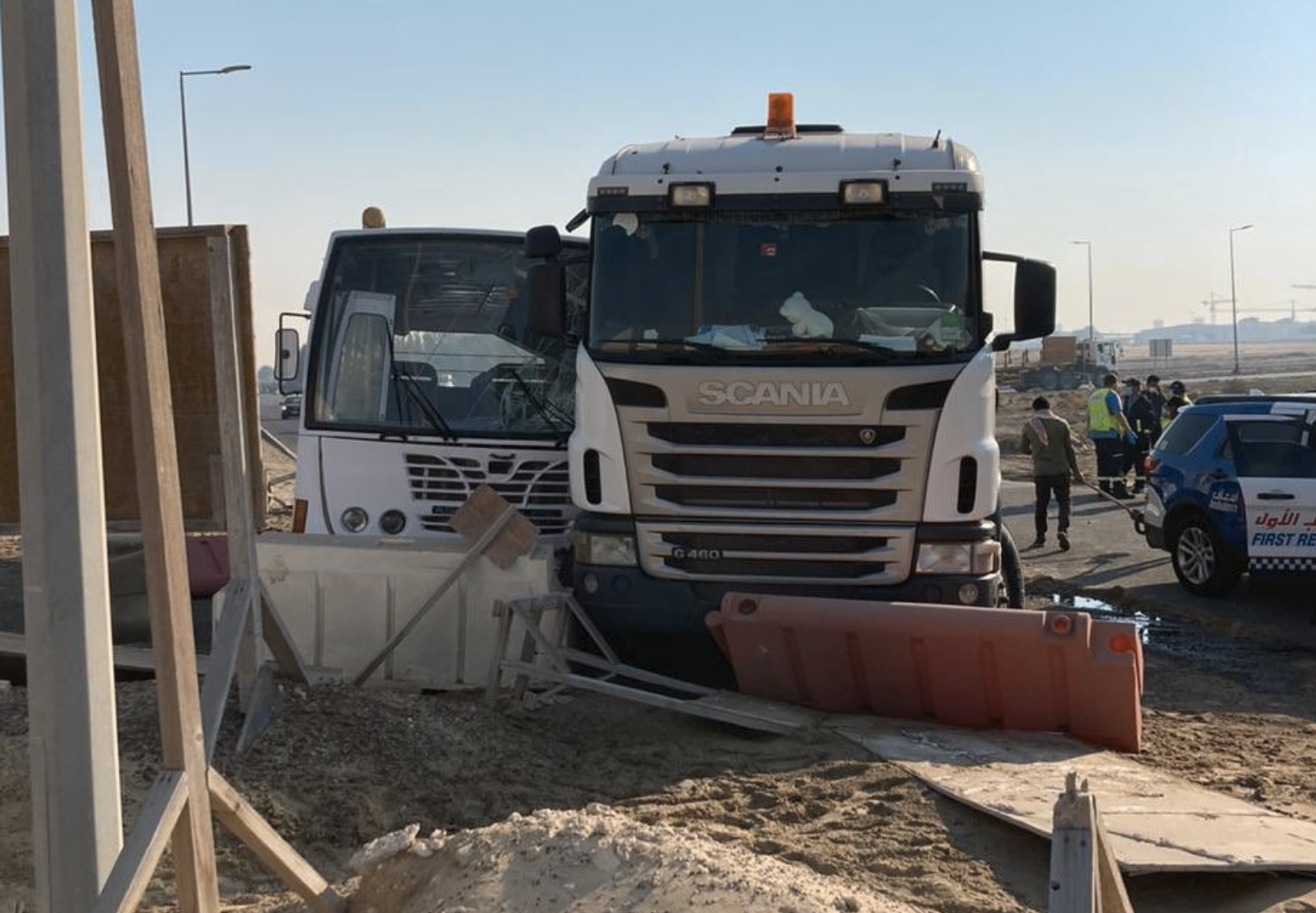 As many as 27 workers were reportedly injured when a bus transporting them collided with a truck on Wednesday morning in Dubai.

Fortunately, no casualties were reported. The incident took place at Techno park, Jafza, at the Dubai Investment Park (DIP) area at approximately 8.45 am.

“However, there are no casualties and all admitted workers only suffered minor injuries. They are receiving treatment at the moment,” said a spokesperson from NMC Healthcare group.

The patients, who are all workers at a perfume factory, were rushed to the nearby NMC Royal Hospital in DIP by a bus ambulance by the Dubai Corporation For Ambulance Services in a few minutes.

On its official Facebook page, The Dubai Police noted that there were no fatalities.

The accident happened due to the lack of safe distance between the two vehicles, according to Brigadier Saif Muhair Al Mazrouei, Director of the General Department of Traffic. He added that four workers sustained medium injuries, while 23 people were recorded as receiving minor injuries.

Al Mazrouei called on all motorists to drive with caution and abide by traffic laws and speed limits on the roads to avoid such accidents.

Speaking to Khaleej Times, Dr. Mahesh Krishna Ram, Specialist - General Surgery at NMC Royal Hospital, DIP, said: “All patients are stable. Some have received minor injuries requiring suturing, two are under general anaesthesia, while others are being treated on OPD basis. Further radiological investigations are in process to rule out bone and deep tissue injuries.”