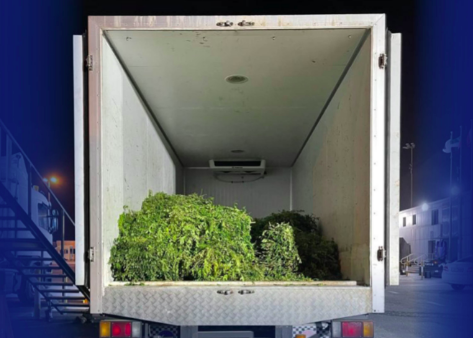 The smuggling attempt was thwarted at the Hatta border crossing

Dubai Customs officials have seized 64 live falcons that were hidden inside a vegetable truck.

The smuggling attempt was thwarted at the Hatta border crossing.

They were caught after a customs inspector became suspicious of the truck driver's behaviour and proceeded to search his vehicle.

The falcons were discovered skilfully hidden behind the boxes of vegetables. They are typically used to assist in hunting birds.

The illegal shipment did not have any official documents or health certificates for the falcons, which have been transferred to the veterinary quarantine department of the Ministry of Climate Change and Environment to be dealt with in accordance with international conventions and treaties.