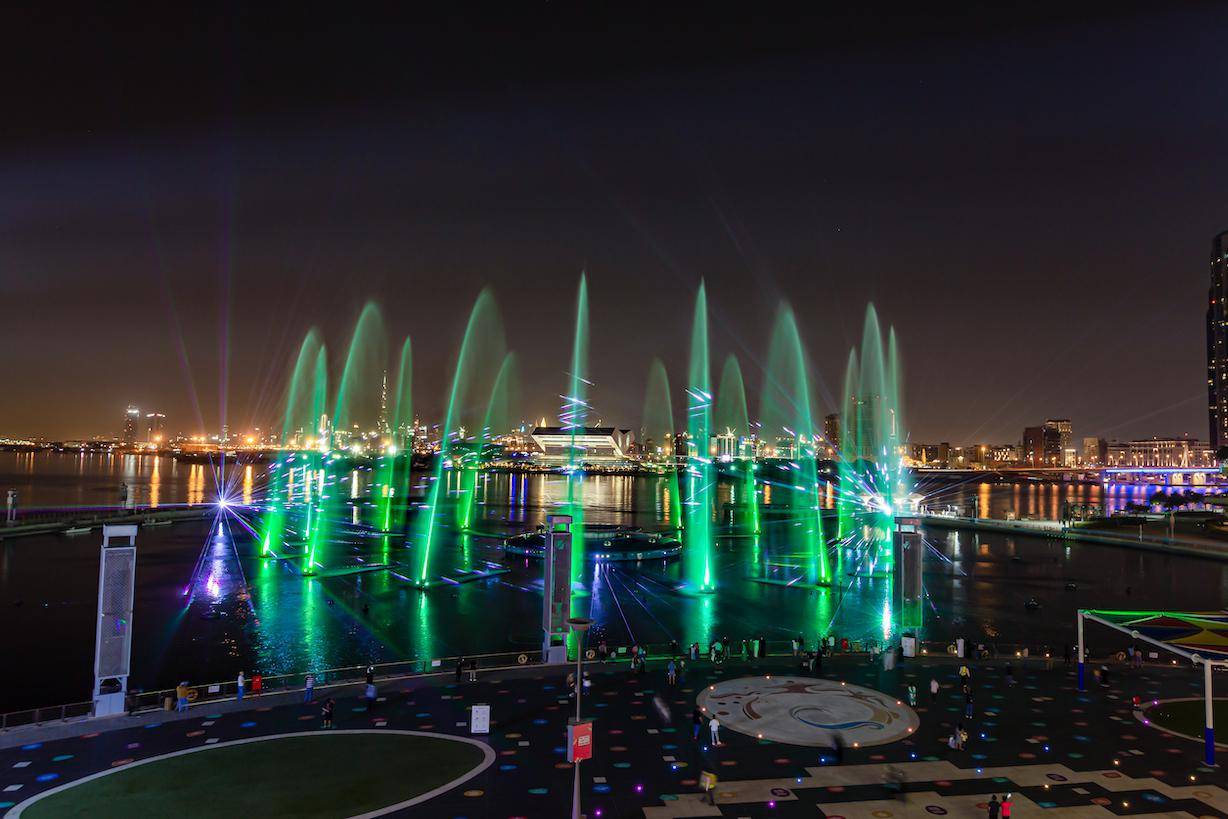 The event takes place from July 1 to September 4.


The opening day celebrations for the latest edition of Dubai Summer Surprises (DSS) will officially launch 10 weeks filled with the very best sales, promotions, family fun, dining offers and entertainment across the city.

Taking place from July 1 to September 4, the 24th DSS will celebrate everything that makes Dubai the number one summer vacation choice – a family-friendly destination and retail hotspot for visitors and residents alike.

Two of Dubai’s most famous and best-loved landmarks will announce the start of DSS to the world on July 1, with spectacular projection shows lighting up the night sky. Performed to the song Dubai Kawkab Akhar, the opening shows will be staged at the IMAGINE show at Dubai Festival City Mall and Burj Khalifa, Downtown Dubai. UAE-based artists Kaveh Ahangaran and Maajed Ahmed each tapped into their extensive creative talents for the projection shows, with audiences set to be wowed by a stunning combination of graphics, colour and special effects beamed onto the Burj Khalifa and across the InterContinental Hotel at Dubai Festival City.

Each venue will follow all of the strict health and safety rules including social distancing and the wearing of masks. The shows will also be broadcast live on the night. Exact timings for each location are:

Shoppers will be able to dive straight into the retail action from day one of DSS with the launch of the annual 12 Hour Sale, held alongside the 12 Hour SHARE Millionaire on July 1. The sale will offer savings of up to 90 per cent on a wide selection of brands and products from 10am to 10pm at Mall of the Emirates, City Centre Mirdif, City Centre Deira, City Centre Me’aisem, City Centre Al Barsha and City Centre Al Shindagha. Customers who spend a minimum of Dh300 and scan their receipts using the SHARE app will be entered into a prize draw to win one million SHARE points. The 12 Hour SHARE Millionaire winner will be announced on July 4.

The first-ever 24 Hour Flash Sale – Hotels Edition was held from 10am on 1 July to 10am on 2 July, with residents and visitors discovering extra-special hotel offers including amazing getaways, promotional room rates, big savings on F&B and complimentary tickets to the city’s world-famous attractions.

Returning for another year, the DSS SHARE Millionaire promotion will reward nine lucky shoppers with one million SHARE points when they spend Dh300 or more at Majid Al Futtaim malls during the retail celebration. To enter, customers can either use their SHARE wallet or scan their shopping receipts using the app. The winners will be announced on July 11, 18, 25, August 1, 8, 15, 22, 29, and September 7. Participating malls include Mall of the Emirates, City Centre Mirdif, City Centre Deira and City Centre Me’aisem.

Everyone’s favourite Dubai character, Modesh will host the extra special Modesh Daily Jackpot prize draw this year for shoppers at Ibn Battuta Mall and Nakheel Mall. Customers who spend a minimum of AED200 can scan their receipts at the mall Customer Service Desk to be in with a chance of winning a daily Modesh Daily Jackpot of AED10,000. Prize draws will be held daily until 7 August.

From 1 July to 4 September, Mercato and Town Centre Jumeirah will host an exciting DSS shop and win promotion alongside a variety of fun events and activities for shoppers. Customers will be able to take advantage of great savings of up to 75 per cent at popular retail outlets, plus every spend of AED 200 will give shoppers a chance to win AED10,000 in cash every week during DSS.

Visitors to Dubai Festival City Mall will have a chance to win gift cards loaded with AED20,000 when they spend AED300 from the first day of DSS, with prize draws held each week, while City Walk will welcome classic children’s characters The Smurfs for family fun, games and more from the start of DSS until 17 July. Ibn Battuta Mall will stage the interactive Tom & Jerry Cheese Town Experience from 1 to 30 July, with special concerts featuring characters from the cartoon series held from 1 to 10 July.

From 1 July to 4 September, some of the city’s best jewellery stores will invite shoppers to explore big deals as part of this year’s DSS Save More When You Shop More with 1915 By Seddiqi & Sons promotion. Customers who buy any watch or accessory will benefit from a great 25 per cent off, with the savings increasing to 30 per cent if two watches or accessories are purchased and 35 per cent off for three watches or accessories. As part of the promotion, two lucky shoppers will also win AED5,000 in gift vouchers for 1915 By Sedidqi & Sons each week, and four winners will be announced during the final week of DSS. A total of AED100,000 will be given away over the summer. Participating stores include 1915 By Seddiqi & Sons at BurJuman and Dubai Marina Mall, Seddiqi & Sons at The Dubai Mall and City Centre

Running throughout DSS, the ever-popular DSS Summer Sale will delight shoppers with a whole host of big deals at some of the city’s most popular stores plus global brands. This year’s DSS will feature more than 500 brands with 3,500 outlets delivering savings of up to 25-75 per cent as part of the summer-long celebration of retail.

The DSS Mercedes Mega Raffle will give shoppers the chance to drive off in a brand new 2021 Mercedes C200 and win AED25,000 in cash. The raffle is open to anyone who buys a special coupon at ENOC and EPPCO petrol stations, ZOOM stores and stands in malls and other venues for just AED150. The raffle is also online at www.idealz.com and customers who purchase an ‘Idealz Tee II’ for AED150 will receive a complimentary coupon. The DSS Mercedes Mega Raffle will be held until 25 September 2021.

Fun seekers can enjoy a night of comedy at The Laughter Factory with the long-running event’s first show of DSS held on 1 July at The Grand Millennium Hotel Barsha Heights. Featuring stand-up by comedians Mike Marino, Mike Rice and Corey Michaelis, tickets are priced at AED 160 and can be purchased from www.thelaughterfactory.com and visitdubai.com. The show starts at 8.30pm. The show will also take place at The Grand Millennium Business Bay on 2 July.