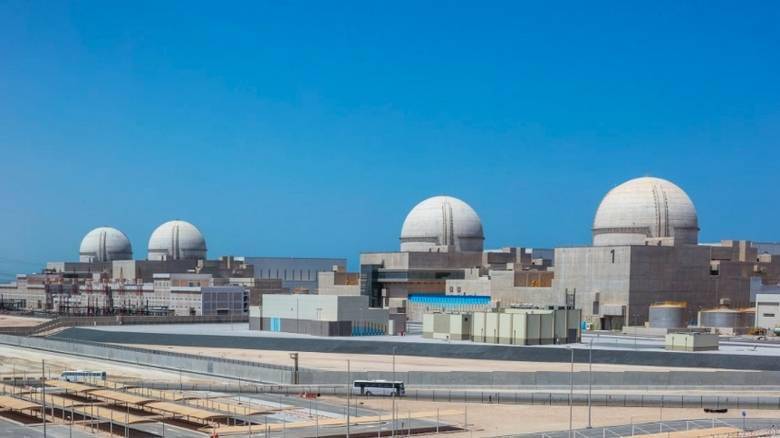 At full capacity, the unit will add a further 1,400MW of clean electricity to the grid

The second unit of the Barakah Nuclear Energy Plant has been successfully connected to the UAE power grid two weeks after start-up of the reactor was completed.

The Emirates Nuclear Energy Corporation (ENEC) on Tuesday announced that the second of four units at the power plant has begun delivering the first megawatts of carbon-free electricity to businesses, schools and homes.

At full capacity, the unit will add a further 1,400MW of clean electricity to the grid.

The milestone takes the UAE another step closer to the halfway mark of its goal to supply up to a quarter of the country’s electricity needs 24/7, while driving reductions in carbon emissions — the leading cause of climate change.

In August, the Barakah plant became the first multi-unit operating nuclear plant in the UAE and in the Arab world.

During grid connection, the Unit 2 generator was integrated and synchronised with the requirements of the UAE’s national electricity transmission grid, ahead of the start of commercial operations.

With the integration and connection complete, Unit 2’s nuclear operators will begin the process of gradually raising the power levels of the reactor, known as Power Ascension Testing (PAT).

Once the process is completed, Unit 2 will deliver thousands of additional megawatts of clean baseload electricity for decades to come.

This testing will be conducted under the continued oversight of the UAE’s independent nuclear regulator, FANR, which has now conducted more than 335 inspections since the start of Barakah’s development. This is in addition to over 42 missions and assessments by the International Atomic Energy Agency (IAEA) and World Association of Nuclear Operators (WANO).

The cumulative knowledge and expertise developed by the operations teams on Unit 1 has been used to connect Unit 2 to the grid more efficiently, with a 10 per cent reduction in the time between start-up and connection.

Located in the Al Dhafra region of Abu Dhabi, it is one of the largest nuclear energy plants in the world, with four APR-1400 units. Construction of the Plant began in 2012 and has progressed steadily ever since.

Unit 1 is now producing thousands of megawatts of clean electricity around the clock. Units 3 and 4 are in the final stages of commissioning at 95 per cent and 91 per cent complete respectively. The development of the Barakah Plant as a whole is now more than 96 per cent complete.

When fully operational, the plant will produce 5.6 gigawatts of free carbon electricity for more than 60 years to come.