Dubai: Delivery rider goes beyond call of duty, gets rewarded 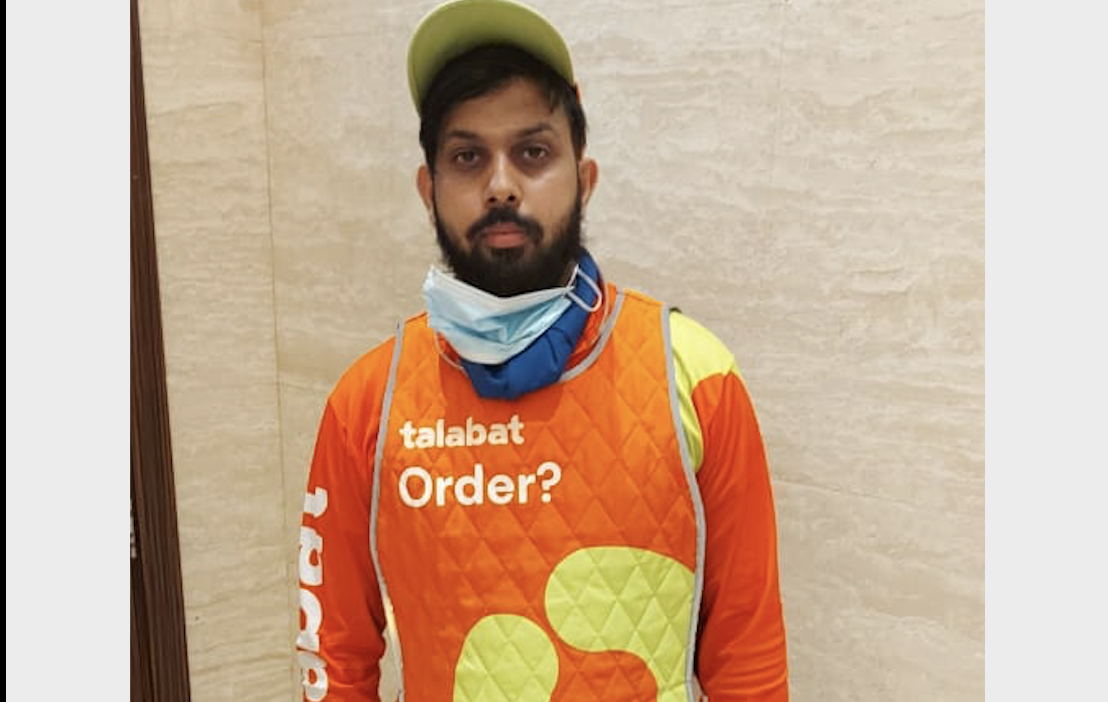 Mohammed Hassan waited at the customer’s door till she returned as he heard a baby crying inside the apartment.


A delivery rider who had reached a customer’s house to deliver her order found that no one was home to collect the order. On calling the customer, 26-year-old Mohammed Hassan, who works for food delivery app Talabat, was told to leave the order at the door as she was on her way home and would take some time. However, Hassan waited at the customer’s door till she returned as he said he heard a baby crying from inside the apartment.

The delivery rider was not only lauded for his act of concern by the customer, who posted his picture on social media with a thank you note, but he was also rewarded by his employer Talabat for the same.

The customer was so touched and overwhelmed that she took to social media to narrate the incident and shower praises on the unsung hero.

She narrated: "So, yesterday was my birthday, and we have ordered a cake through the Talabat app. When I was rushing home, the driver called me to tell me that he’s outside my door with the cake. I told him to leave it at the door as I am not home yet, but he said, ‘Ma’am, I can’t leave! I hear a baby crying inside’ so I said there’s someone with the baby, and it was OK to just leave it was almost home.

"Ten minutes later, I arrived, rushing up to check on the baby, and I see this hero driver still standing at my door with the cake, and he refused to leave until I arrived to make sure my baby is okay.”

Praising the rider and thanking him and his company, she added: “People like him (Mohammad Hassan) prove that humanity is amazing! Thank you so much, Mohammad and Talabat, for bringing such decent and caring people to our lives. #thankyou."

When Khaleej Times contacted the delivery boy, a shy Hassan said: “Although the customer asked me to leave the delivery at the doorstep and leave, my heart didn’t allow me to leave the place until the customer arrived. I have a little niece and nephew in my home country, Pakistan, and the baby’s cries reminded me of them. Also, we have been trained at Talabat to ensure the safety and happiness of our customers, so at that moment, I felt it was important for me to wait.”

Hassan said he barely waited for 10 minutes before the customer arrived. “The customer was shocked to see me waiting for her and thanked me profusely for my concern. I was relieved to see her arrive soon and left at peace when I left.”

Lauding his efforts, Talabat took note of the social media comment of the customer and decided to reward the rider monetarily with his salary.

Hassan’s trainer at Talabat said, "We ensure we recognise our riders for their good deeds, and Hassan will be awarded a cash prize at the end of the month. We are glad Hassan was able to implement what he was taught during his training, which is to be patient, kind and be a superhero for everyone around them."