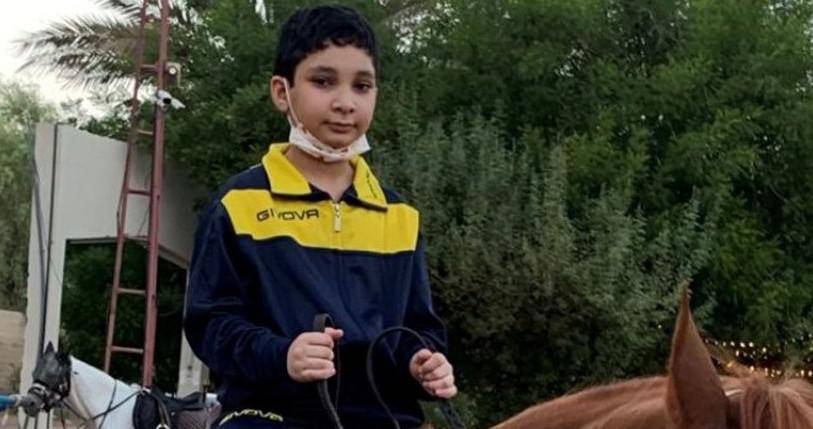 Doctor stresses the importance of having a supportive family in improving outcomes of children diagnosed with diabetes.

Having started horse-riding training,10-year-old Emirati Khalifa Al Khyeli is elated that he has finally taken control of his illness.

Khalifa was diagnosed with type-1 diabetes before he turned four leaving him lethargic most of the time. Ever since he took up his dream of becoming a horse-rider seriously, Khalifa turned his health around. “In late 2019, I saw a video about someone who learned horse riding in just 30 days to enter a competition. It really inspired me to take up the sport. My mother accepted me taking riding lessons on condition that my doctor agrees it would not take a toll on my health,” he said.

Children with poorly managed type-1 diabetes should avoid exercise until their blood sugar levels are under control, said Khalifa’s doctor, Dr Amani Osman, consultant paediatric diabetologist at Mubadala Healthcare’s Imperial College London Diabetes Centre (ICLDC). “If a person’s blood sugar is more than 250 milligrams per decilitre, he or she needs to be cautious about exercising due to the threat of diabetic ketoacidosis,” said Dr Amani.

“Diabetic ketoacidosis is a serious complication that occurs when your blood sugar is extremely high and acidic substances called ‘ketones’ build-up to dangerous levels in your body. If this occurs, it can cause symptoms such as vomiting, abdominal pain and in serious cases, even coma or death. It was, therefore, vital that Khalifa stabilised his blood sugar and had it under control before starting his horse-riding lessons,” she added.

Dr Amani stressing the importance of having a supportive family in improving outcomes of children diagnosed with diabetes. “His mother and his siblings — Asia and Ahmed — all helped in checking his blood sugar, giving insulin injections and talking to him about the importance of eating healthily,” said the doctor.

Khalifa’s elder brother, 16-year-old Ahmed, said: “Khalifa had not taken his condition seriously before but has completely changed his habits now. Horse-riding has been an important turning point, not just as an inspiration to eat well, but also because it has taught Khalifa patience in dealing with his condition,” said 16-year-old Ahmed.

“I want to become a professional rider, like my older brother Sultan, who has won many awards. I want to have my own horses and be a part of the Royal Stable,” said Khalifa.