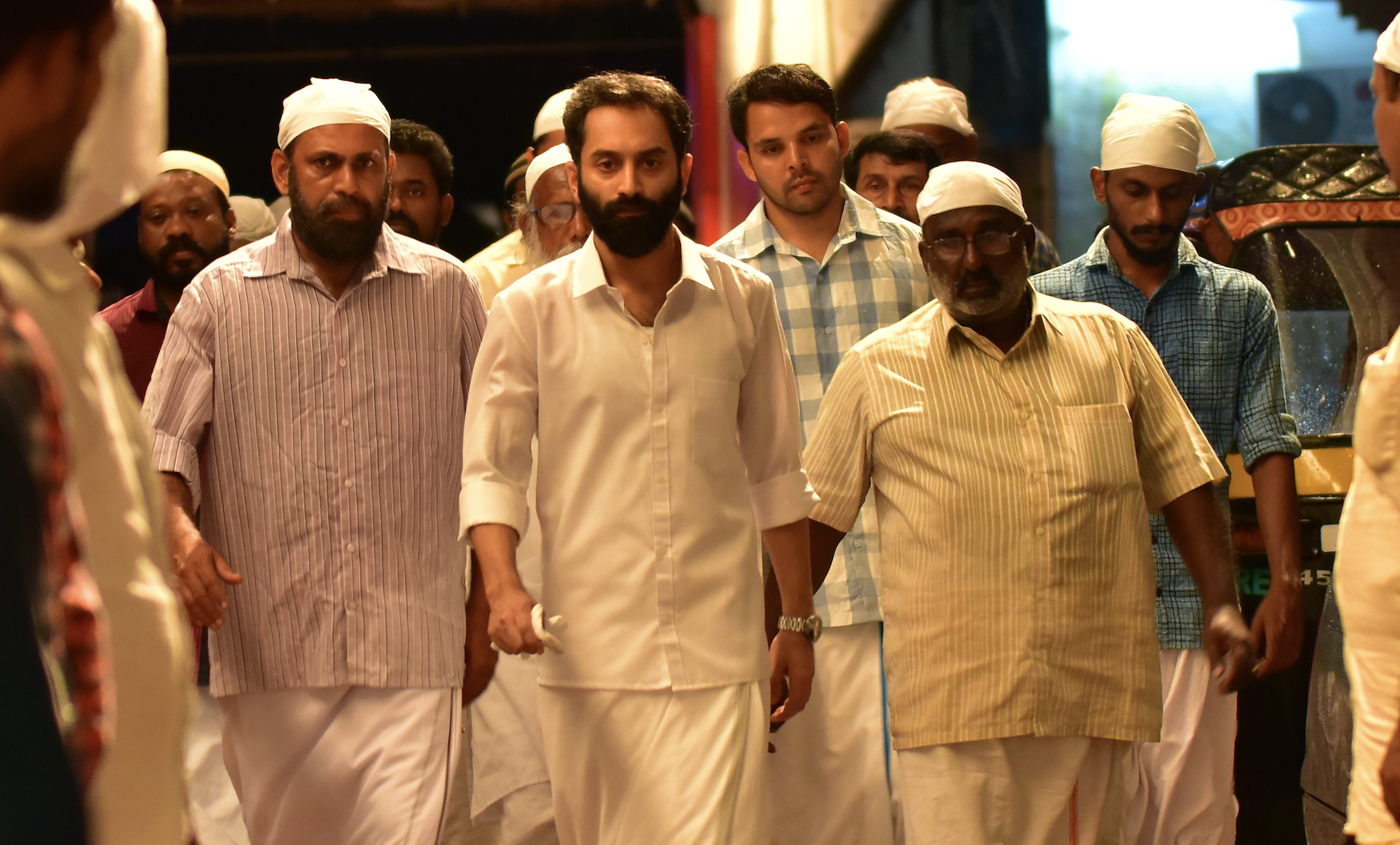 
With three back to back OTT hits to his credit in the past 11 months alone, Malayalam actor Fahadh Faasil has shown that Covid or not, you just cannot keep a good artist down.

The critically acclaimed C U Soon that was released at the peak of Covid in September 2020 was the industry’s first desktop film with the plot largely unravelling through digital devices be it the mobile, camera or the computer screen. This was followed by the middling dark thriller Irul, where Fahadh played a mysterious stranger seemingly caught in a murderer’s trap — or was it vice-versa? And then came Joji, a Macbeth-inspired tale of the wayward scion of a patriarchal plantation owner who embarks on a deadly path upon the death of his father.

What sets apart these three from his crime drama Malik that releases on Amazon Prime on July 15 is that they were specifically made for the OTT platform. Malik however was conceptualised as a grand mass theatrical movie of the scale Malayalam blockbusters are made of. But due to the current pandemic, with most theatres shut, the makers had no recourse but to release it digitally.

Set in a coastal village in Kerala, Malik features Fahadh as Sulaiman Malik, a charismatic leader who toils to safeguard his community from corrupt forces bent on usurping their land.

“Malik was primarily designed for theatres,” states Fahadh in a recent Zoom interview with City Times. “I’ve always decided before the shoot where the film is going whether it is C U Soon or Joji.” He confesses he had qualms about releasing it on OTT, however, director Mahesh Narayanan (Take Off) redesigned the whole movie along with the sound guys.

“The effort that has gone into the film is very honest,” he adds, even as he hopes the movie will spread awareness about the last 30 years of the coastal history of Kerala. But the priority, Fahadh states, is to entertain. Not a far reach for an artist who identifies himself as a storyteller.

“I always like to believe that I am a storyteller than an actor or a producer. In fact that’s the only thing I’m excited about in the entire cinematic experience — the story.”

Mahesh adds: “Malik was written and produced for theatrical release so when it is going to a different platform it is a dampener, but the only thing I am happy is that it is reaching out to many people and that it will be watched simultaneously across the globe. There is a lot of chance of repeated viewing as well — my films have got that because my narratives are always on a faster pace.”

Fahadh Faasil has always played roles closer to his own age be it in Bangalore Days or even Kumbalangi Nights. “I’ve never played anything beyond my age,” says the 38-year-old actor. But in Malik his character ages from 20 to 57, a novelty for the actor but one which he has embraced wholeheartedly judging from the trailer and the posters.

Fahadh has shown through his vast repertoire of roles that he believes in keeping it real on the screen. And even if he had qualms about how he’d look with grey hair, he was comfortable with the idea of putting on weight for the role. “I was looking at my family tree where everyone started trimming down after their 50s — my grandfather, my dad. I showed a few pictures of my granddad to Mahesh and he collaborated with makeup artist Renjith and that’s where the look was decided.”

Ask him how he consistently manages to avoid letting his image overpower his roles and Fahadh is his disarming self. “I don’t think I have an image. I’m just as good as my last film. Three flops and I…. (He doesn’t complete the sentence though we get the gist of it.) “I don’t even know if people know me beyond my films. I prefer it that way. I don’t want anyone to know me. And I don’t think that when they see Malik they will think of my other films.”

Fahadh says he has not deliberately made an effort to look good on screen. “I just wanted to be in front of the camera. I don’t spend too much time deciding on my looks. But here I had to and that was an exercise I had to get used to. A few days into the shoot I had to crack it. So that was challenging for me.”

He also shoots down rumours of losing 20 kilos for the role ("No, not 20") saying he went on a cleansing programme to drop from 70 to 62 so it was only a mere 8 kilos. “I can lose weight easily (as if we needed that to be rubbed in!)”

Is Malik a real story?

Parallels have been drawn between Malik and certain real-life political incidents that have taken place in Kerala. In a previous interview, Mahesh has alluded to how the story is relevant because there has been an increase of land acquisition cases in the sensitive coastal areas in Kerala, resulting in the displacement of a minority community. So is Mahesh ready for the brickbats once the movie is out, since religion is an extremely sensitive issue in today’s world.

“I’m definitely prepared (for discussions post the movie release),” Mahesh avers. “It is a fictional tale at the end of the day. It’s a human drama, so I’m focusing more on the dramatic incidents and the human emotions. If people can draw parallels between what happened in Kerala or outside Kerala then that’s up to them.”

“I’ve never been biased towards any one thing,” he adds. “I have addressed all the communities and even the state.” And he’s not fearful of taking on any potential detractors. “I’m answerable to whatever questions or arguments that are raised and I have answers for that. On a regular basis, when you do films for common people, you are looking at addressing the lower middle class, the middle class and even daily wage workers. So religion is a real factor. Politics also relates a lot to religion right now. When you are saying a story, honestly speaking, all this has to be addressed. I don’t feel any kind of apprehension in handling such kinds of topics at all.”

But he says he takes on the responsibility of saying such things in a truthful way. “More than that, I’m thinking of Malik as a personalised human drama, where we have a lot more to say than the communal thing.”

Also read: 'Joji' is not an adaptation of Macbeth, says Fahadh Faasil

While he has acted with any number of directors, there is no denying that Mahesh Narayanan and Fahadh Faasil share a special bond. We saw it first in Take Off, followed by C U Soon. The duo are also working together on Malayankunju, a survival thriller written by Mahesh. “Fahadh is more than an actor; he is a close friend today. We communicate very well with each other; primarily we all have to be on the same page…”

Fahadh cuts in; “I always get on board with Mahesh whether it is Malik or C U Soon or any film. I’m on his side. And I always ask him, do you want to film with another actor, I will produce it. (Laughs).

“We are excited about an idea and we just want to make that. In the process, everything happens. It’s easy when I know what Mahesh wants or Mahesh knows what I can do, so the chemistry is pretty much transparent.”

As far as viewers are concerned, the unassuming actor says: “If you like Malik, tell your friends. If you don’t like it, tell me whenever you meet me next. It’s the only responsibility I can take.”

Will theatres ever get back to normal?

As someone who is an integral part of a dynamic film industry, which has embraced the new normal by churning out quality content for digital audience in the absence of theatres, does Mahesh ever doubt we are witnessing the end of the blockbuster era as you know it?

The director begs to differ. “Primarily, the theatres are going to come back when the pandemic ends. You take the example of what’s happening in the US, a film like Fast and Furious 9 is the highest box office grosser right now, and even A Quiet Place 2 has won the audience. So in that way, when the vaccination is done, theatres will come back, but both these platforms (OTT and theatres) will coexist.