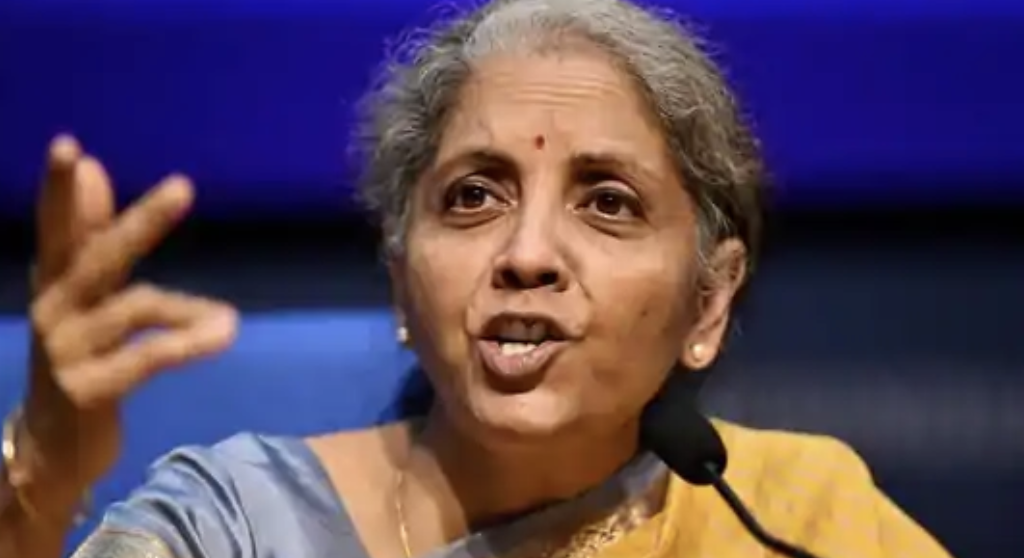 In a bid to limit any damage, embattled Finance Minister Nirmala Sitharaman quickly pulled back the order by saying it was issued due to ‘oversight’.

The word oversight, which by no means is an esoteric word, assumed a very complicated and sinister meaning last week.

Indian finance ministry authorities sprang a surprise by announcing a drastic cut in interest rates for small savings on March 31 in the middle of a very high-decibel election campaign for some provincial legislatures. This could have been very costly for the ruling Bharatiya Janata Party which mounted a big effort to seize power in these states. In a bid to limit any damage, embattled Finance Minister Nirmala Sitharaman quickly pulled back the order by saying it was issued due to ‘oversight’.

What are these small savings? These are deposits collected by Indian post-offices spread across the length and breadth of the country from low-earning and retired persons at an interest rate higher than those offered by banks. The principal and the interest are exempted from income tax. The private provident fund (PPF), meant for retirement savings, is also part of this bouquet of schemes. The PPF is an investment vehicle where each person can contribute a maximum of Rs150,000 per financial year and those funds are locked for a minimum of 15 years. After maturity, one can either withdraw totally or partially or keep the funds intact. This is particularly useful for people employed in the unorganised sector who do not have access to any other provident fund such GPF and EPF meant for the government sector and the organised private sector respectively.

Ever since I started earning money, I began saving in these schemes as I never had sufficient money and knowledge to invest in the capital markets. Apart from buying the national saving certificates to get some tax rebates, I opened a PPF account some time before I came to the Gulf. These schemes are strictly meant for resident Indians only. As an NRI, these are now barred for me. But I continued to put money into PPF as there was an exemption for NRIs who opened their accounts prior to acquiring the non-resident status. Even this exemption was removed two years ago. Strictly speaking, my continued investment in this scheme is an act of illegality. But apparently there is an exemption for NRIs who would like to eventually settle back in India as these funds are strictly non-repatriable. But there’s no clarity on this point so far.

I consider it unfair to deny this facility to Gulf expats. They should be able to invest in these instruments as most of them eventually settle back in India. They should be allowed to save for their retirement as all of them may not be in a position to understand the intricacies of stock markets and mutual funds. I started putting a maximum of Rs150,000 per year in my and my wife’s PPF accounts for the last several years thinking that these funds will earn us some monthly income as and when we retire back in India. But the drastic cut of nearly 1 per cent from 7.1 to 6.4 per cent came as a rude shock to us. Though it is withdrawn for now, the threat holds. At this rate of decline, we will not make much money out of these accumulated funds and need to rethink options. This predicament faces millions of people who depend on the interest earned on these accumulated savings.

Various Indian governments have not been comfortable using these funds for financing their expenditures as they found them to be too expensive because of higher interest rates. The erstwhile UPA government had started to disincentivise investors to drive them away from these schemes. They had slashed interest rates and commissions for agents. They had also compelled small savers to disclose their income tax numbers as a deterrence. The present BJP government is continuing the same policy and has put in place a quarterly review of interest rates to put them in alignment with market rates.

The legacy of small savings is an inheritance from the Nehruvian socialist era and its policy of self-reliance. Mobilising small savings of Indian people to finance its development instead of borrowing funds from foreign sources was considered an ideal way to boost self-reliance. Post offices were considered as the nodal agencies because of their extensive reach.

But the consensus among the neo-liberal economic elite now is these small savings schemes are a relic of our mistaken socialist past and should be consigned to the dustbin as soon as possible. Hence the policy to progressively reduce interest rates so that people would be forced to explore other investment options.

But are stock markets and mutual funds the way out? Can a villager or small-time employee in the private sector dabble in sale and purchase of shares in capital markets? This is doubtful given the lack of transparency and volatility in these markets? Can precious lifetime savings be put at the mercy of stock brokers and wily investment bankers? Small folks in India were never enthused by stock markets which are considered the playthings of the rich. Fly-by-night operators have created mayhem in stock markets in the past despite a supposedly robust regulatory framework. Hence the fascination for government-guaranteed high-yielding saving schemes.

These savings schemes are designed in such a way that big players cannot hijack them. The savings one can do through these channels has iron-clad caps, and pose no risk of misuse by big time investors who may want to get high returns from these low-risk assets. So there’s no reason to jettison this policy.

Exposure of Indians to stock markets and credit cards has been historically limited. That is what kept them and the Indian economy fairly stable when the 2008 meltdown occurred in the global economy. Most of the common folks live within their means and are prompt in repaying their housing and other loans. The least exposure of their savings to the inflated bubbles of the capital markers has kept them steady. The small saving instruments played no mean role in ensuring this.

I do believe small savers should not be seen as a liability. The ploy to drive them to capital markets does not do any good either to them or to the economy. The governments should think through this and arrive at a policy that builds on the good economic instincts of small savers.