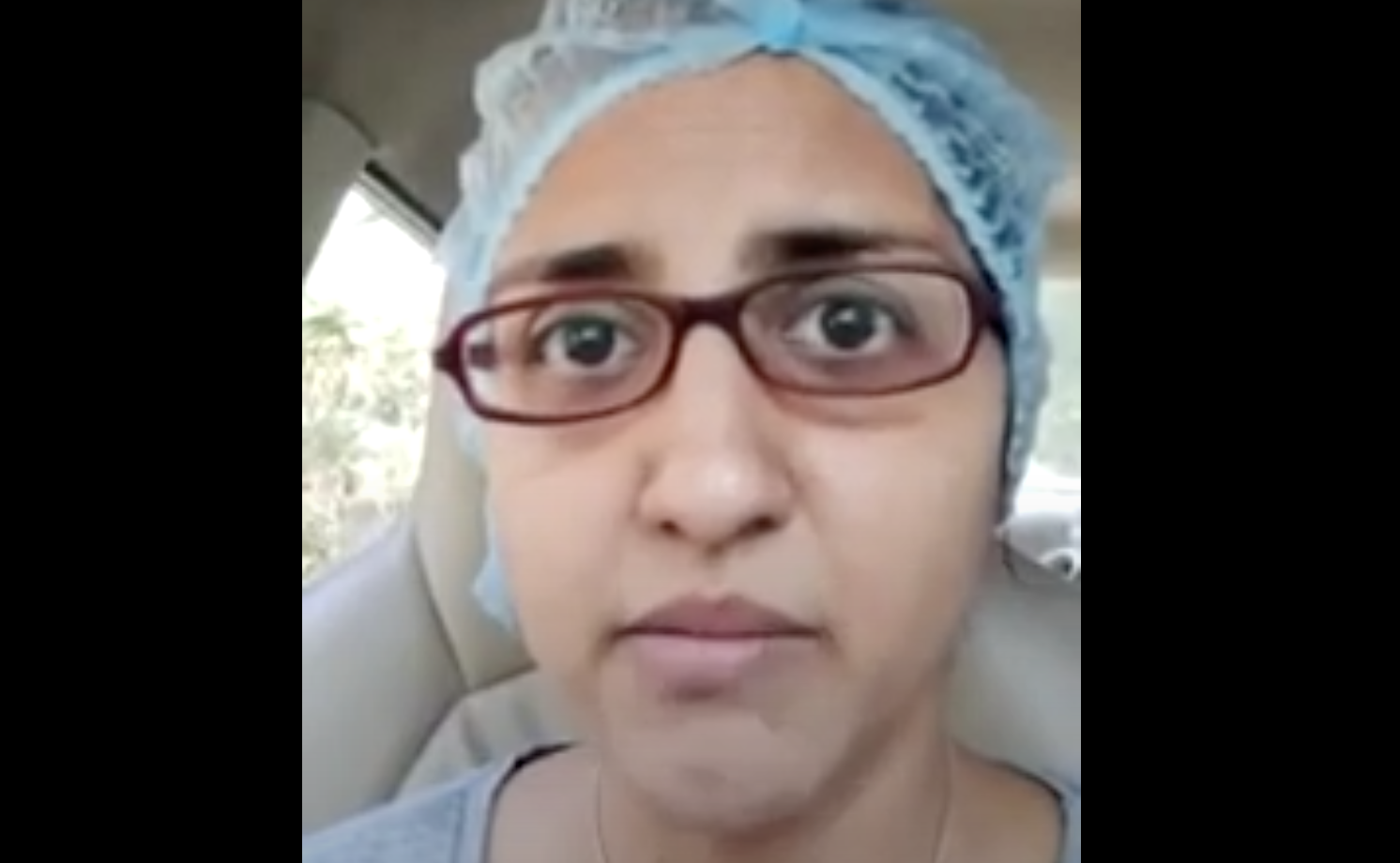 
An appeal by an infectious disease specialist has widely been shared on social media.

Dr Trupti Gilada, in an emotional video message, shared the reality about the deplorable Covid situation in India, such as the shortage of vaccines, lack of hospital beds and the oxygen crisis.

"I have never seen anything like this, we are so helpless. Like many doctors I am troubled. I don't know what to do. I am heart-broken. Maybe if I tell you what worries me... if I can help you understand, I might be more at peace," Dr Gilada says in the video.

Highlighting the strain on health authorities, 22 patients died in a hospital after an oxygen leak cut off the supply to 60 ventilators for half an hour, officials said.

India has been in the grips of a second wave of infections blamed on lax government rules and a new “double mutant” virus variant, adding almost 3.5 million new cases this month alone.

Health ministry data on Wednesday showed a record 2,023 fatalities and 295,000 new cases in 24 hours, among the world’s biggest daily case totals and on a par with numbers seen in the United States during a deadly surge in January.

In an address to the nation on Tuesday night, Prime Minister Narendra Modi said that the country of 1.3 billion people was “once again fighting a big fight”.

“The situation was under control till a few weeks back, and then this second corona wave came like a storm,” he said.

There had been hopes that despite its packed cities and poor health care, India had managed to dodge largely unscathed a pandemic that has killed more than three million people around the world.

Production of key coronavirus drugs slowed or even halted at some factories and there were delays inviting bids for oxygen generation plants, according to press reports.

Distraught relatives are now being forced to pay exorbitant rates on the black market for medicines and oxygen and WhatsApp groups are white-hot with desperate pleas for help.

“I am scared for my parents and relatives more than I am scared for myself because they are not young anymore and getting admitted into a hospital right now is next to impossible,” one Delhi resident told AFP.

Delhi Chief Minister Arvind Kejriwal tweeted late Tuesday that some hospitals in the capital “are left with just a few hours of oxygen”.

Hospitals in the western state of Maharashtra and its teeming capital Mumbai were also experiencing dire shortages, press reports said.

“Normally we would shift some patients to other hospitals... none in the city have spare oxygen,” NDTV quoted one doctor in the state as saying.

“Most of the patients are being sent back because we don’t have enough of this oxygen and remdesivir drug to treat the patients,” said Harish Krishnamachar, associate dean of the Ramaiah Medical College Hospital in Bangalore.

States across India have imposed restrictions, with Delhi in a week-long lockdown, all non-essential shops shut in Maharashtra and Uttar Pradesh set for a weekend shutdown.

Delhi’s lockdown prompted tens of thousands of migrant workers to flee the megacity, in scenes reminiscent of the national shutdown a year ago that inflicted economic and human misery.

The United States now advises against travelling to India, even for those fully vaccinated, while Britain has added India to its “red list”. Hong Kong and New Zealand have banned flights.

India’s inoculation programme has also hit supply hurdles, prompting New Delhi to put the brakes on exports of the AstraZeneca shot, which is manufactured locally by the Serum Institute (SII).

The firm has asked the government for financial aid to scale up production and on Wednesday its CEO Adar Poonawalla told NDTV that SII had decided to borrow “from the banks to get on with the ramp-up”.

The company hopes to raise capacity to 100 million doses a month after July, Poonawalla told the broadcaster, adding that he expected the government to release funds to the firm this week.

India has administered more than 130 million shots so far and from May 1 all adults will be eligible for a jab.

“I think in the coming week or two we will have a more quantitative estimate of and if any effect of this variant on the vaccine,” Rakesh Mishra from the Centre for Cellular and Molecular Biology told AFP.

In total India has recorded 15.6 million cases, second only to the US, and more than 180,000 deaths, though it is behind many countries on a per capita basis.

(With inputs from AFP)