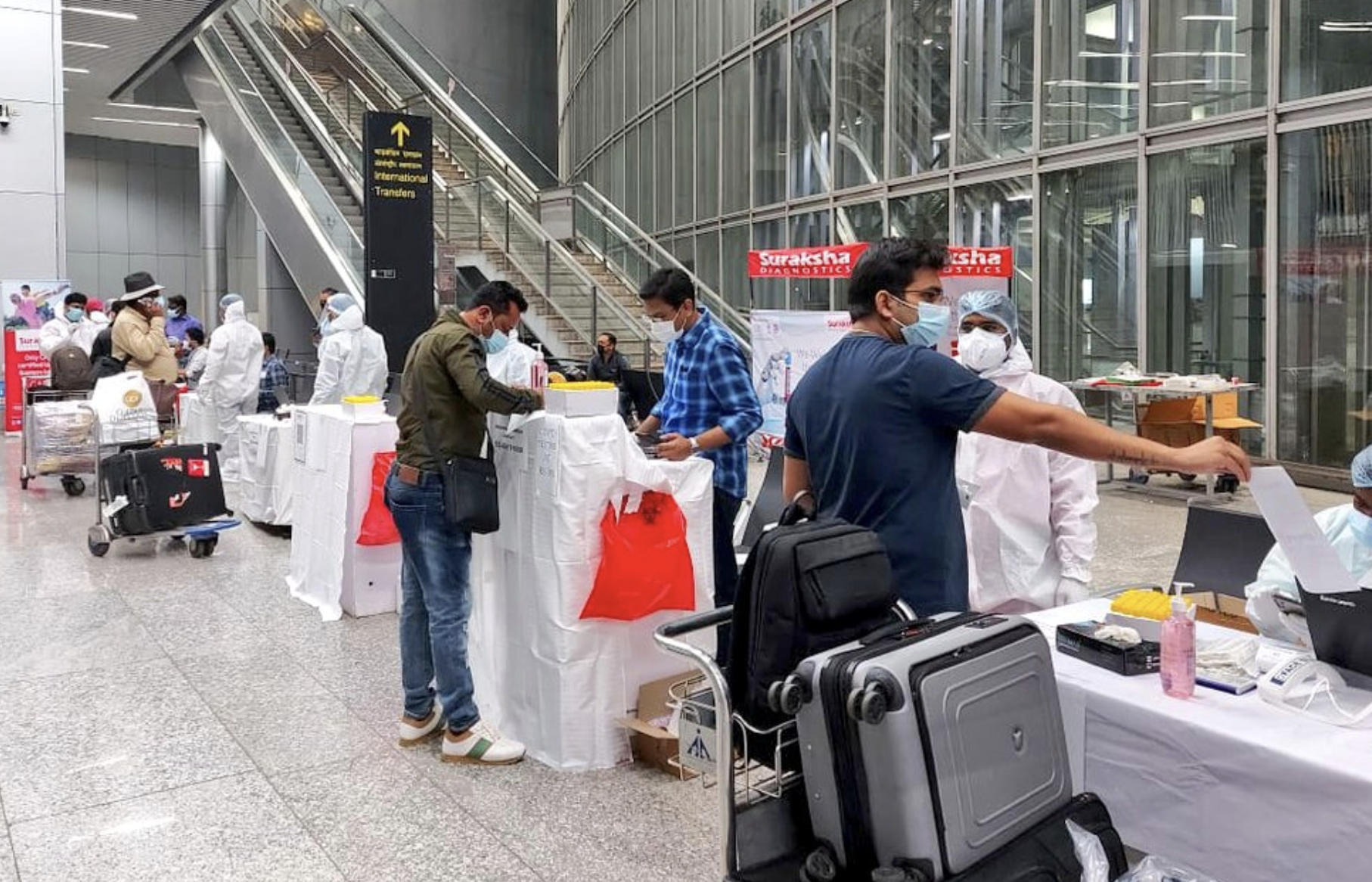 Passengers are advised to carry at least Rs2,000 (Dh100) per passenger.

As new India travel regulations kicked in on Tuesday, the costs for Covid testing have substantially increased for travellers from the UAE. Many passengers now have to pay for two sets of tests. Airport authorities and travel agents advise passengers to bring enough money to pay for the molecular or PCR tests, depending on the airport.

Passengers are advised to carry at least Rs2,000 (Dh100) per passenger, depending on their destination as airports in India are charging different prices. All international passengers whose flights originate from the UAE must undergo self-paid molecular tests at the airport, as per the new Covid-19 travel protocol.

The new travel rules are applicable to all the passengers, including children of all ages. Tests upon arrival are carried out in addition to the negative RT-PCR test report that that had to be posted on the Air Suvidha portal prior to departure.

“It was very chaotic at Kochi and Thiruvananthapuram airports today (Tuesday). Since these regulations and costs were not clearly spelt out, it got very hectic at these airports,” Afi Ahmed, managing director of Smart Travels, told Khaleej Times.

Currently, testing is being conducted in at least eight airports in India, including Mumbai, Kolkata, Kerala (Kochi, Thiruvananthapuram), and Delhi airports, to name a few.

Passengers whose PCR test results come up negative at the Indian airports are not required to undergo quarantine, airport officials told Khaleej Times.

From the UAE, community leaders and social workers have already begun issuing appeals to state governments to waive the second test upon arrival.

KV Shamsudheen, chairman of Pravasi Bandhu Welfare Trust, has appealed to the Chief Minister of Kerala Pinarayi Vijayan to stop the paid PCR test at the airport since only passengers with negative results are departing from the UAE. He said: “Things were chaotic at airports in Kerala as many passengers were not aware they have to undergo a second round of testing which they had to pay for.”

“In spite of a valid PCR negative certificate, passengers are being asked to undergo an additional PCR test in the Indian airport priced at Rs1,800 (approx Dh91). It will be an additional burden for the passengers with financial struggles,” said Shamsudheen. “Many of the returning Keralites are undergoing severe financial distress due to reduction in the salary and business failures.”

How much do on-arrival Covid tests cost in India?

*Rates are per person and take note that various rules apply at the airports.