Ramadan in UAE: Sometimes, I forget to break my fast, says doctor 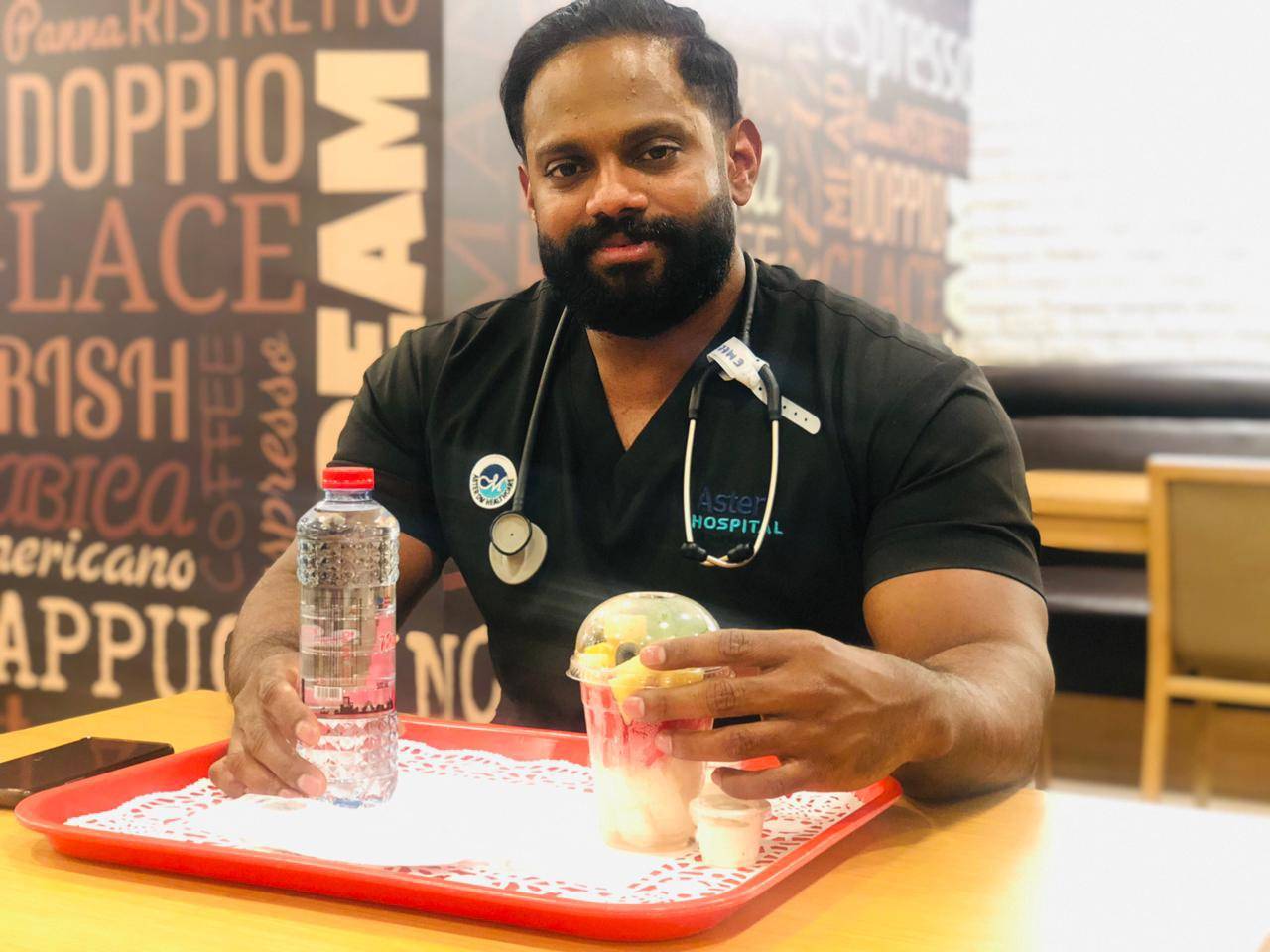 The hospital gets all kinds of emergency cases and saving their life comes first, says Dr Abid Pullippat.


It is not uncommon for Dr Abid Pullippat, an emergency medicine general practitioner in Dubai, to forget to break his fast during Ramadan. “It happens often when I am at work and tending to a patient in the emergency ward at the hospital,” said the emergency physician at Aster Hospital in Al Qusais.

Dr Pullippat who has been a UAE resident for three years now is observing his second holy month here. “Though last Ramadan we were working tirelessly during the Covid-19 peak, the workload is the same this year as well,” said Pullippat.

“We are constantly handling some emergency case or the other. Take yesterday (Sunday), for example. Just before Iftar, an 18-year-old Emirati boy was rushed into the emergency ward. He needed emergency surgery. I had to rush him to the operation theatre and complete the paperwork, I couldn’t break my fast on time, and ended up eating at 7.30–8 pm,” said Dr Pullippat.

The hospital gets all kinds of emergency cases from heart attacks to trauma and Covid-19 patients. “Saving their life comes first,” he explained. “At such times, we cannot think of anything else. The patient is the number one priority,” said the Indian expat from Kerala.

“Sometimes nurses in the emergency ward give some water and dates while I am at work. That’s how I break my fast some days of the working week,” said Dr Pullippat who works from 8am to 8pm or 8pm to 8am, depending on the roster. “I get two days off a week from work. I take that time to relax,” he said.

A native of Malappuram, Dr Pullippat completed his higher education and practice as a house surgeon at a hospital at Kozhikode district. “I began my practice in 2017.”

While the doctor thrives in the high stress environment of an emergency hospital, he misses his family back home in Kerala. A father to a three-year-old boy, Dr Pullippat’s wife and kid are back home along with his parents. “My wife has a government job in forensics. Makes no sense for her to leave her job right now,” he stated.

However, more than anything, he says he misses the delicious food his parents would prepare for Iftar during Ramadan. “There was never a shortage of food during Iftar at my home. My mom would make an abundance of snacks, keep cut fruits, traditional food stuff, and more,” he said. “Also, my dad is a chef. He would make cutlets, homemade vegetable soup, and samosas. I really miss Ramadan with them,” said Dr Pullippat.

When Dr Pullippat is not at work, he spends three hours every day in the gym. “If I don’t hit the gym every day, I’ll go crazy. Even if I’m done with work at 8pm, I hit the gym by 10pm and stay there till 1am. That’s my biggest stress buster,” he stated.