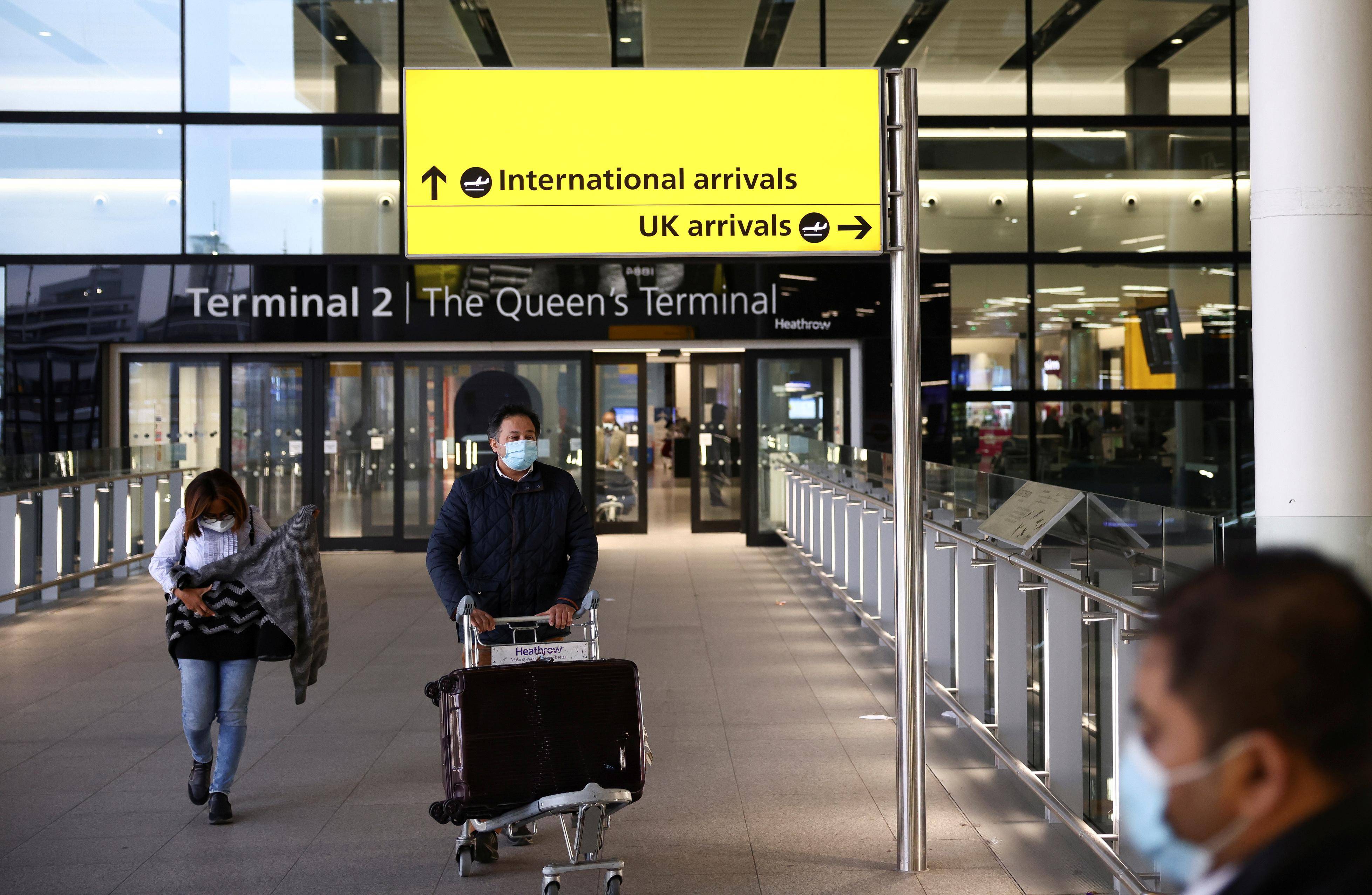 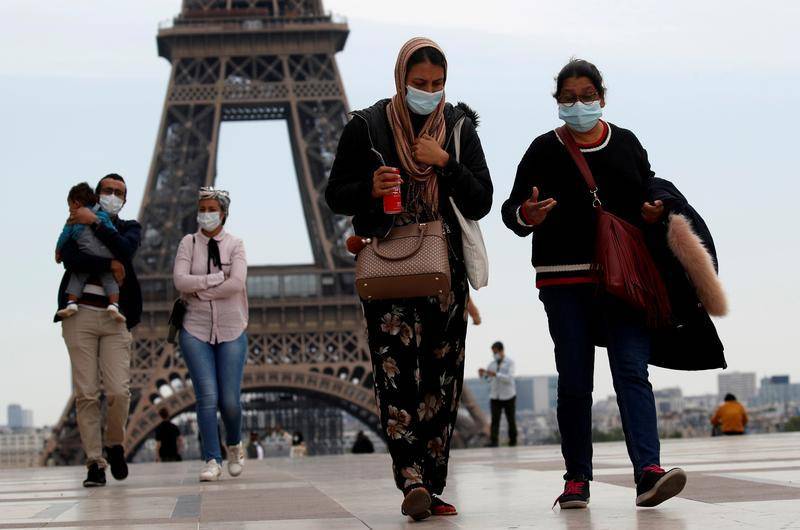 Travellers walk through Terminal 2 at Heathrow Airport, amid the coronavirus disease outbreak in London. Reuters

Here’s a look at current entry rules in some popular European tourist destinations.


Europe is opening up to Americans and other visitors after more than a year of Covid-induced restrictions. But travellers will need patience to figure out who’s allowed into which country, how and when.

Here’s a look at current entry rules in some popular European tourist destinations. One caveat: While these are the regulations as written by governments, travellers may meet hiccups as airlines or railway officials try to make sense of them.

If you’re vaccinated, come to France. But only if you got one of the four EU-approved vaccines: Pfizer, AstraZeneca, Moderna or Johnson & Johnson. That works for Americans — as long as they can produce official proof of vaccination — but not for large swaths of the world like China and Russia where other vaccines are used.

France’s borders are officially reopened. Vaccinated visitors from outside Europe and a few “green” countries will still be asked for a negative PCR test no older than 72 hours, or a negative antigen test of no more than 48 hours. Unvaccinated children will be allowed in with vaccinated adults, but will have to show a negative test from age 11.

Tourists are banned from 16 countries on a red list that includes India, South Africa and Brazil.

Non-vaccinated visitors from “orange list” countries — including the US and Britain — can’t come for tourism either, only for specific, imperative reasons.

Italy is now allowing tourists from the United States, Canada and Japan to enter if they meet the prerequisites for a European Union travel certificate. Those include full vaccination, documented recovery from Covid-19 in the last six months or a negative swab test performed 48 hours before arrival in Italy.

US travellers had already been allowed to enter for the past few weeks if they flew on Covid-tested flights, which require a negative swab test within 48 hours before boarding.

Alitalia and at least two US airlines have been operating those flights, which also require an additional swab test for passengers at the airport where they disembark in Italy. Those passengers, under a US-Italy agreement, don’t have to quarantine either in Italy or in the United States upon their return. But so far it appears very few US tourists have been coming to Italy.

Demonstrating how fast things can change, Italy had been welcoming tourists from Britain with no quarantines, but as of Monday they must quarantine for five days upon arrival. That reflects growing concern in Italy about the delta variant of Covid-19 in Britain.

Tourists who are flying from or have been in India, Bangladesh and Sri Lanka in the past 14 days are banned.

Tourism-reliant Greece started opening to American travellers back in April, and now visitors from China, Britain and more than 20 other countries are also allowed to visit for non-essential travel.

All must provide a vaccination certificate or a negative PCR test and fill in a passenger locator form on their plans in Greece. This directive expires on June 14, but could be extended.

Athens long pressed for a common EU approach, but didn’t wait for one to materialise. On June 1, Greece, Germany and five other bloc members introduced a Covid certificate system for travellers, weeks ahead of the July 1 rollout of the program across the 27-nation bloc.

Spain kicked off its summer tourism season by welcoming vaccinated visitors from the US and most countries, as well as European visitors who can prove they are not infected.

Americans and most other non-Europeans need an official vaccine certificate by a health authority. Spain accepts those who were inoculated with the four EU-approved vaccines as well two Chinese vaccines authorized by the World Health Organization — as long as visitors are fully vaccinated at least two weeks before the trip.

Arrivals from Brazil, South Africa and India are banned at the moment because of high infection rates there, and non-vaccinated Americans and many other non-EU nationalities cannot come to Spain for tourism for now.

But there are exemptions for countries considered at low risk, such as citizens from Britain, who can arrive without any health documents at all. EU citizens need to provide proof of vaccination, a certificate showing they recently recovered from Covid-19, or a negative antigen or PCR test taken within 48 hours of arrival.

There are few, if any, American tourists in the UK at present. Britain has a traffic-light system for assessing countries by risk, and the US along with most European nations is on the “amber” list, meaning everyone arriving has to self-isolate at home or in the place they are staying for 10 days.

People arriving from “red list” countries including India and Brazil must quarantine in a government-approved hotel.

Airlines and airport operators are pushing for European tourism destinations to be added to Britain’s short “green list” of quarantine-free destinations, and to open a UK-US travel corridor, but the British government is being cautious amid the spread of the more contagious delta variant of the virus.

Meanwhile, anyone travelling between Britain and continental Europe, be warned: In addition to the isolation requirement for those arriving or returning to UK shores, rising concern about the delta variant of the virus has prompted some other countries to introduce special restrictions for those arriving from Britain.

The European Union has recommended that its 27 member countries start lifting restrictions on tourists from the United States, along with a handful of other countries including North Macedonia, Albania, Serbia, Lebanon and Taiwan.

But the recommendation is non-binding, and national governments have authority to require test results or vaccination records and to set other entry conditions.

The EU has been working for months on a joint digital travel certificate for those vaccinated, freshly tested, or recently recovered from the virus.

The free certificates, which will contain a QR code with advanced security features, will allow people to move between European countries without having to quarantine or undergo extra coronavirus tests upon arrival.

Several EU countries have already begun using the system, including Spain, Germany, Greece, Bulgaria, Croatia, the Czech Republic, Denmark and Poland. The rest are expected to start using it July 1.

It’s mainly meant for EU citizens but Americans and others can obtain the certificate too — if they can convince authorities in an EU country they’re entering that they qualify for one. And the lack of an official US vaccination certification system may complicate matters.