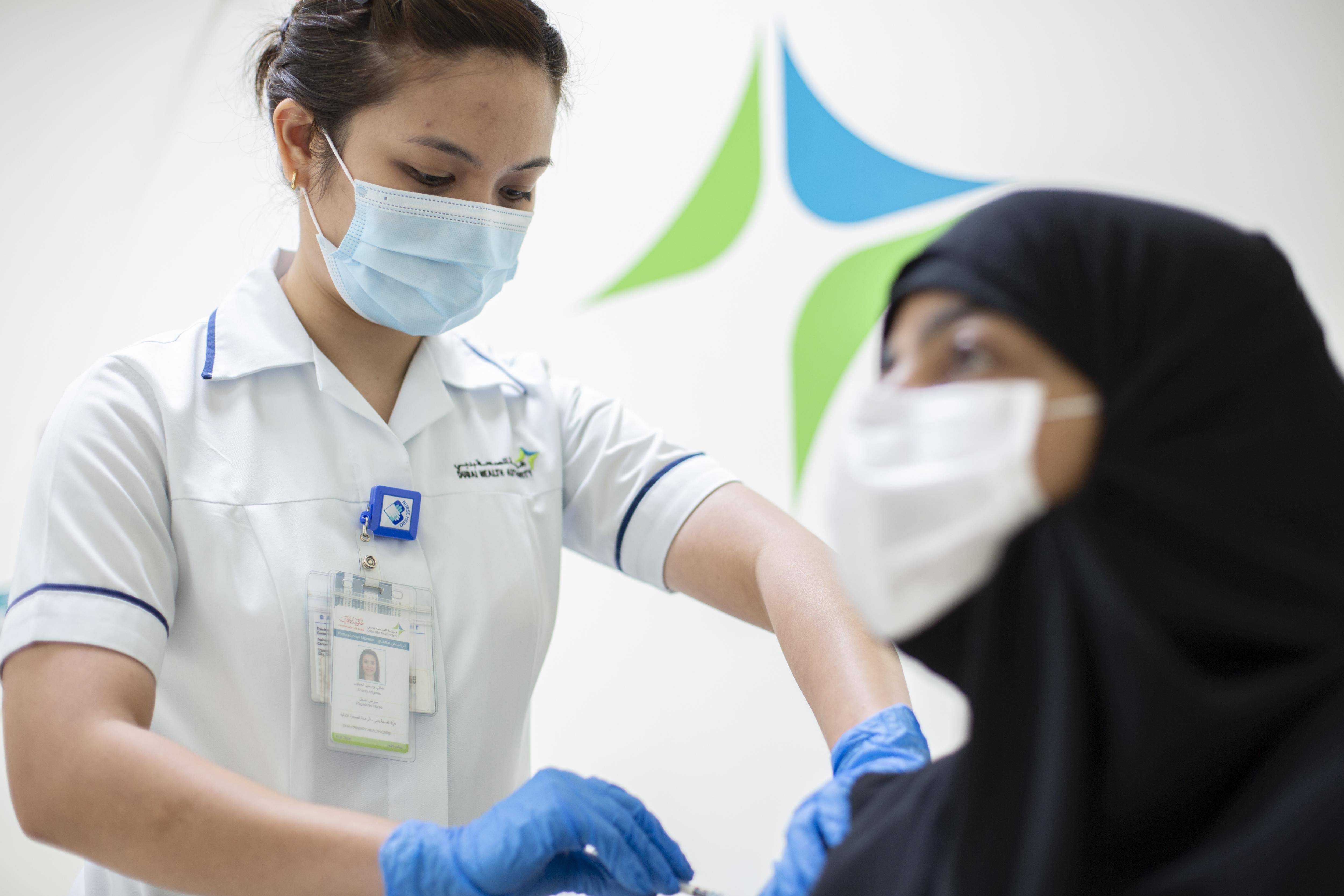 The UAE ranks first globally among countries with the highest percentage of people who have taken at least one dose of the Covid-19 vaccine, the health sector announced on Tuesday.

Dr Farida Al Hosani, official spokesperson of the UAE Health Sector, said that 91 per cent of the country’s population has received at least one dose of the Covid-19 vaccination, citing statistics posted by the ‘Our World in Data’ website.

Speaking during the weekly Covid-19 briefing, she said: “At least 80.38 per cent of the country’s population has taken both doses of the vaccine, according to Our World in Data, ranking UAE second in the world,” explained Dr Hosani. Furthermore, the UAE has the fifth lowest Covid-19 death rate in the world, according to the data.

The UAE ranks third in the world when it comes to the number of coronavirus tests performed per 1,000 people in countries with population greater than one million, according to Our World in Data. “These numbers include tests done from the start of the pandemic until September 12,” said Dr Hosani.

“The number of Covid-19 cases in the UAE has decreased by 60 per cent compared to August 2020, thus registering the lowest percentage in the number of infections in a year,” added Dr Hosani. The health sector spokesperson said the current state of numbers can be attributed to the robust national vaccination campaign and the society’s adherence to safety regulations.

“Vaccines generally contribute to preventing infection and complications of disease, admission to hospitals, reducing hospital stays, and not needing ventilators compared to the unvaccinated group of people,” she added.

Dr Hosani urged eligible residents to take the booster shot of the Covid-19 vaccine. “Introduction of the booster has helped reduce daily case numbers. These doses greatly enhanced immunity and that is what is causing the cases to reduce at the present time,” she added.

Dr Hosani said UAE is experiencing a rapid recovery from the pandemic and urged residents to make a habit to test themselves if they experience Covid symptoms. She also called on Emiratis and expats to take the seasonal flu vaccine. “The recommended gap between taking the Covid and flu vaccine is two weeks,” remarked Dr Hosani.

She said, “The success of Emirates would not have been possible if the integration between the government and people did not exist. Members of the society are full commitment to adhering to safety protocols and preventive measures.”