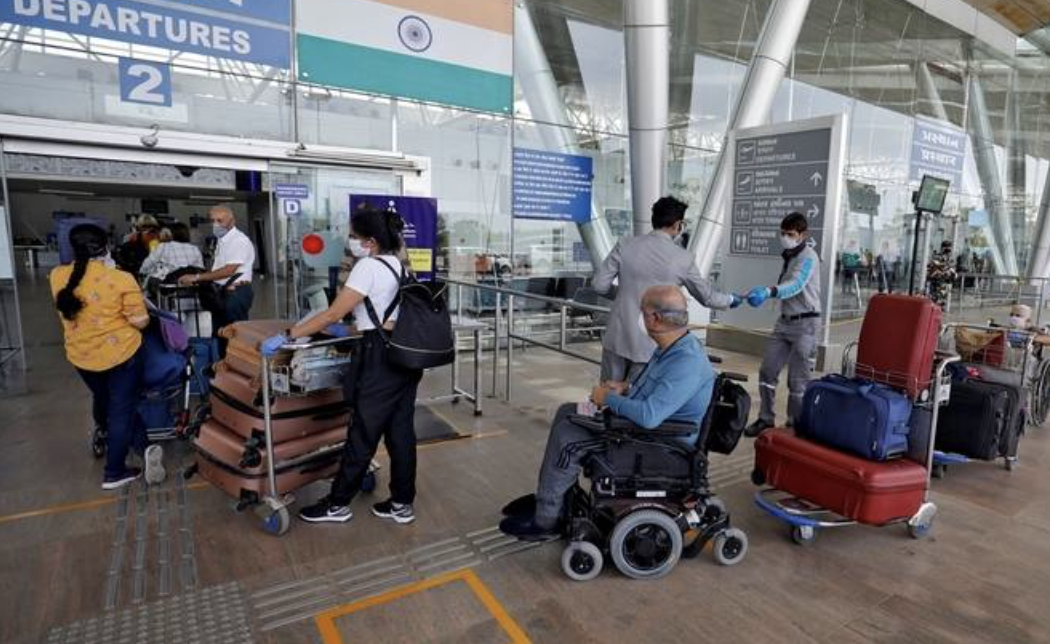 The NCEMA and the GCAA said the suspension applies to all UAE-based and foreign carriers.


All flights from India to the UAE will be suspended for 10 days from 11.59pm on April 24, the General Civil Aviation Authority (GCAA) and the National Emergency Crisis and Disasters Emergency Management Authority (NCEMA) announced on Thursday. All inbound flights for national and international carriers coming from India will be affected.

The travel ban includes inbound transit passengers with exception of transit flights coming to the UAE and heading to India, the GCAA said in a statement.

The GCAA indicated that it is required for those coming from India through other countries that the period of stay in those countries is not less than 14 days to be allowed to enter the country, as of 23.59 on Saturday, April 24, 2021, for 10 days that can be extended.

Cargo flights between the two countries will continue, as usual, the statement added.

The GCAA affirmed that nationals of the UAE and diplomatic missions between the two countries, official delegations, businessmen's planes and golden residence holders are excluded from this decision, provided that they should take preventive measures that include a mandatory 10-day quarantine and a PCR test at the airport as well as another test on the fourth and eighth days of entering the country. According to the decision, the period of PCR test is reduced from 72 hours to 48 hours, provided that the tests issued by accredited laboratories bearing the QR Code are accepted.

This comes in response to the proactive precautionary and preventive health measures issued by all concerned authorities in the country to limit the spread of the Covid-19, the statement added.

The GCAA said: "The decision to suspend flights came after studying and evaluating the epidemiological situation in the friendly Republic of India and within the framework of continuous coordination and cooperation with all relevant authorities inside and outside the country that continuously monitor developments in the situation to maintain the security and safety of civil aviation."

The concerned authorities, under the umbrella of the NCEMA, follow up the global situation to take appropriate decisions that ensure the continuity of the work system within the country, while at the same time reducing the risk of the spread of the pandemic.

The authority called on all travellers affected by the decision to follow up and communicate with the airlines to amend and schedule their flights and to ensure their safe return to their final destinations without any delay or other obligations.

When will the pandemic end? Scientists say 2025 or later