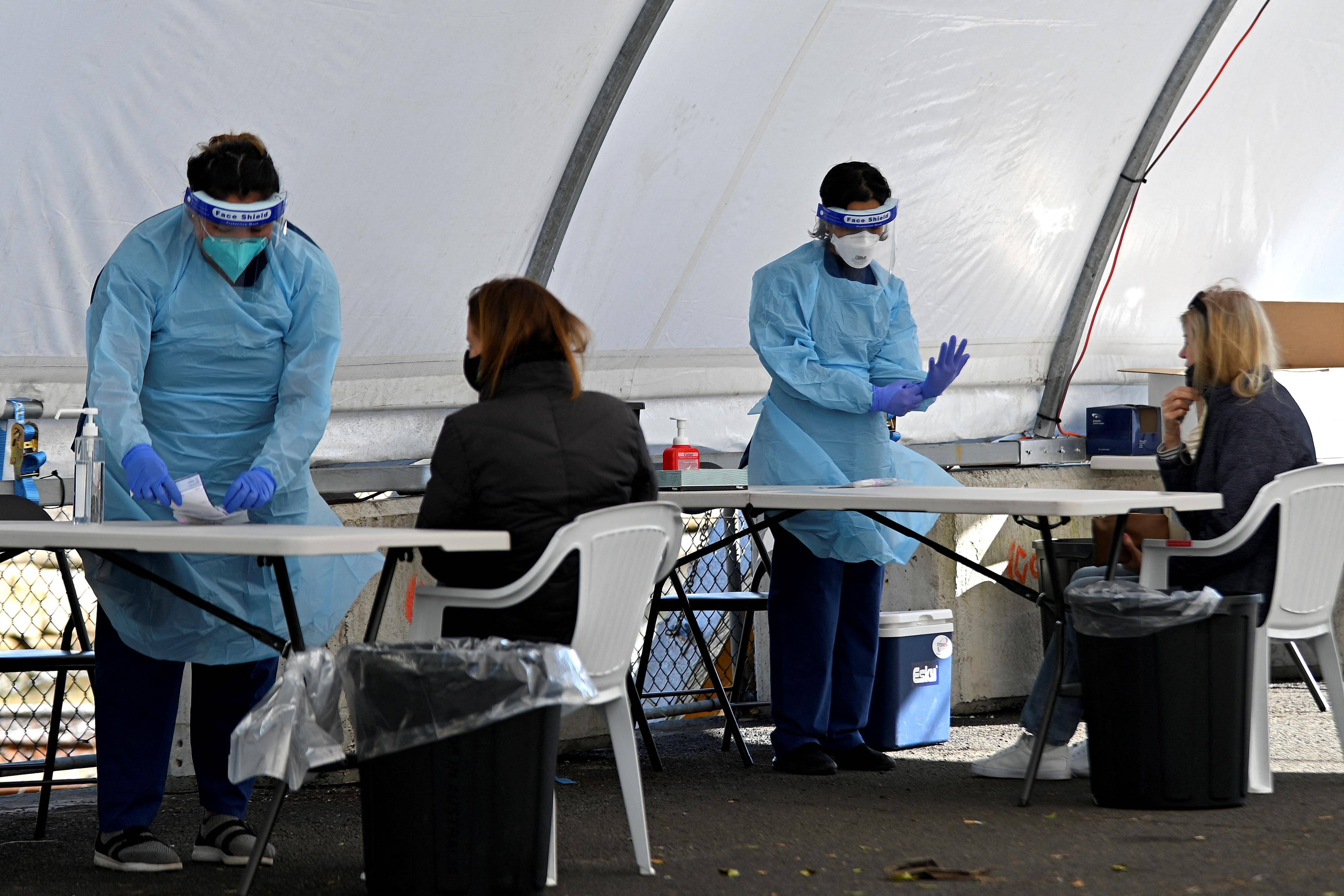 Admitting a month-long lockdown had so far failed to stop a Delta-variant outbreak, the state of New South Wales pleaded for Canberra to urgently send more vaccines and resources.

Declaring the outbreak a national emergency could pave the way for more federal government involvement in stemming the crisis.

"We have an obligation on behalf of the nation to contain the virus," said New South Wales premier Gladys Berejiklian. "There is no doubt that the numbers are not going in the right direction."

Her state on Friday reported 136 new cases, a record for this outbreak, which now totals 1,782.

With the virus "spreading everywhere" and half the country's 25 million people currently in lockdown, Berejiklian said the government must "refocus" its glacial vaccine rollout.

Just 12 per cent of Australians have been fully vaccinated, thanks to problems with supplies of Pfizer jabs and scepticism about the safety of the AstraZeneca vaccine.

"We need, at least, more first doses of Pfizer," Berejiklian said, while warning Sydney's five million residents that restrictions could run until October.

She also announced non-essential workers in specific areas of Sydney would now be barred from leaving, tightening a lockdown that is almost certain to be formally extended next week.

"It is fairly apparent that we will not be close to zero (cases) next Friday," Berejiklian said. "We will have a clearer view next week on what August, September, and October look like."

Prime Minister Scott Morrison on Thursday apologised for the country's slow vaccine rollout, admitting targets had not been met.

With Sydney cases spiralling, the premier of Victoria state, Dan Andrews, called for a "ring of steel" to be thrown up around the city, banning any travel in or out.

In New Zealand, Prime Minister Jacinda Ardern announced a travel bubble between the two countries would be suspended for at least eight weeks.

Australians will no longer have quarantine-free entry to New Zealand, while return flights would be arranged for New Zealanders in Australia.

"There are now multiple outbreaks, and in differing stages of containment, that have forced three states into lockdown," Ardern said.

"The health risk to New Zealanders from these cases is increasing... now is the time for a suspension to ensure New Zealanders aren't put at undue risk from Covid-19 and to ensure we retain our hard-won gains."