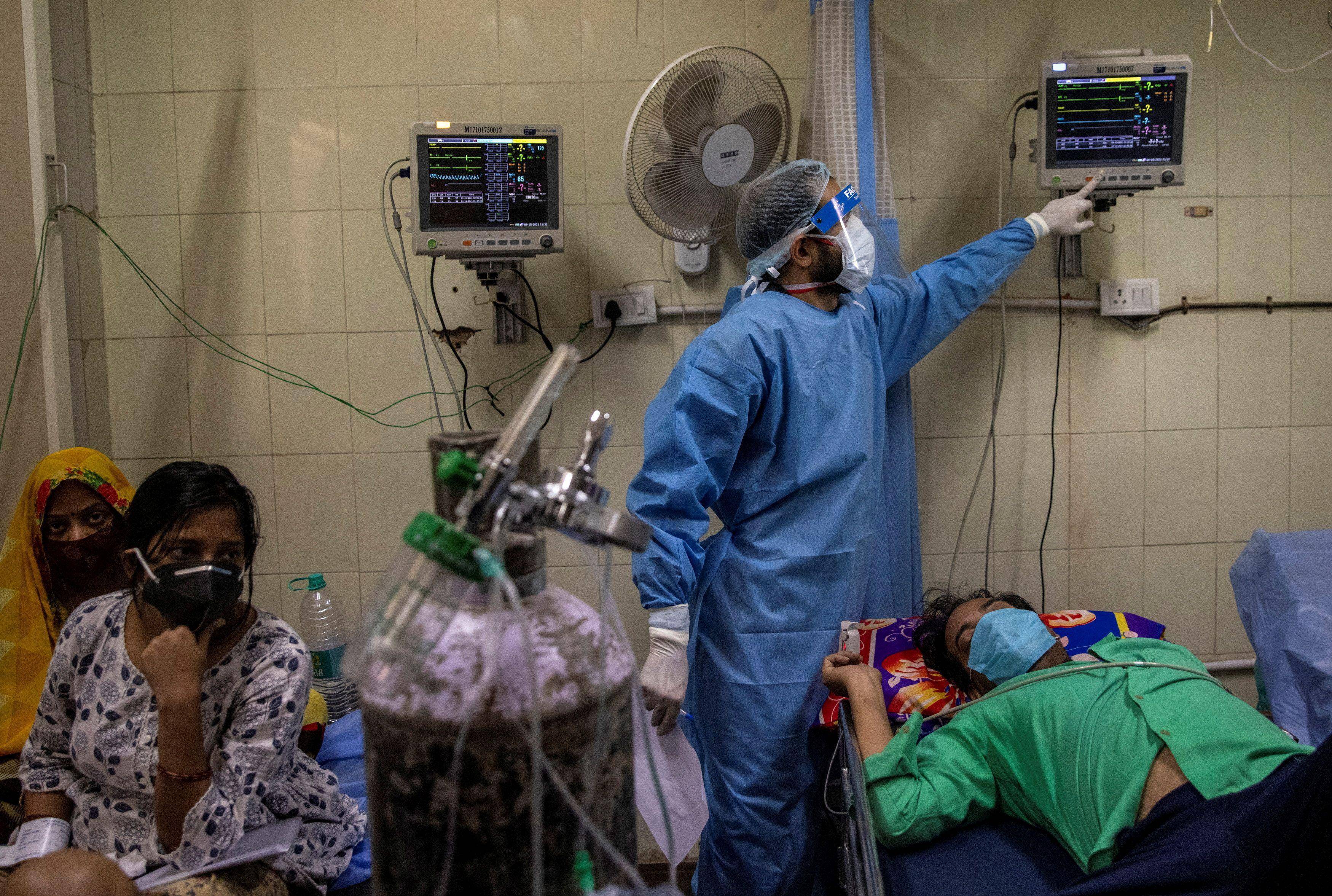 Five states with active Covid cases more than 100,000 each.


India on Thursday reported more than 300,000 coronavirus cases over the last 24 hours, the highest daily global total, while Covid-19-related deaths also jumped by a record.

Five states where active Covid cases are more than 100,000 each and 146 districts across the country with a positivity rate of over 15 per cent are posing a major challenge to the Indian government.

The five states include Maharashtra, Uttar Pradesh, Karnataka, Chhattisgarh and Kerala, according to union health secretary Rajesh Bhushan. The central and state governments are working together to strengthen health facilities including beds, oxygen and medicines, he added.

“These 146 districts are a cause of concern,” said Bhushan. “We have held detailed discussions with the officials on efforts that have to be undertaken to control the spread of infection. These are the districts where the maximum number of cases are coming and the health system is facing the strain of new cases.”

India has more than 700 districts and about 146 (or about a fifth) of them are posing formidable challenges in tackling the Covid crisis. Another 274 districts have reported positivity of five to 15 per cent.

Referring to the oxygen shortage across many states, Bhushan said many international companies were willing to supply oxygen. “We are evaluating and will soon do an allotment. In normal circumstances, it takes three weeks to despatch oxygen,” he added.

(With inputs from Reuters)