Conscious Parenting: 'I lost my temper with my child' 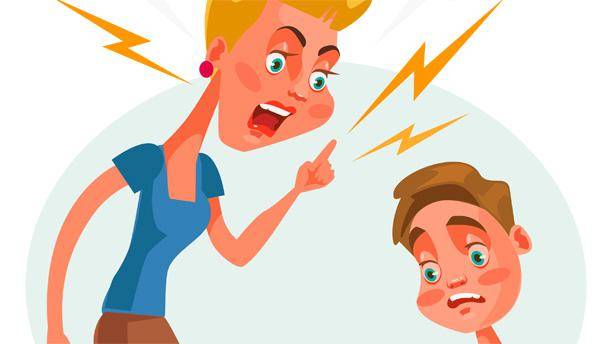 I remember the first time I lost my temper with my son. He was one year old and had torn my book — my precious book — into shreds. It had been a rough night. He was teething. I had a full day of work ahead of me. And here he was, energetic to the point of mania, bustling about with the glee of someone who had gotten a full 12 hours of shut-eye. He had not. I had not. And so, I yelled. “That’s my book! You tore my book!” He yelled louder, in distress at seeing his greatest source of nurture — me — turn against him.

What I saw in those eyes and chubby tear-streaked cheeks made me hate myself. I should never have become a mother. I didn’t know what I was doing and I had just piled my frustration, exhaustion and anger on my innocent child. And so I held him tight, my silent tears matching his wails. I felt helpless. I didn’t know whether I had just condoned his behaviour or hurt him irreparably. Would he hate me? Would he grow up to think it’s okay to destroy things? Will he be a careless teen? An irresponsible adult? Had I just created a monster?

This is what we do. Our minds spiral out of control, deep into a fear-ridden future where our children end up self-destructing. One torn book as a toddler had taken my mind into the worst possible scenarios — where he was setting libraries on fire and shirking school and college to end up homeless. I sounded crazy. But so do we all. Parenting and worry are perfect partners; parenting and fear, soul mates for lifetimes to come.

I couldn’t live like this. The change had to start with me. Losing our temper is a trigger. It is a starting point to investigate why we react the way we do. He had only torn a book. Why did that trigger me?

Our triggers are messages, clues as to what we need to heal in ourselves. Figuring out why we react the way we do takes careful investigation. In psychological terms, this detective work is called ‘deconstruction’.

‘Why did him tearing a book make me so angry?’

He didn’t respect the book!

‘So why does that matter?’

He’s going to end up wasting his life and not valuing books.

‘And so what if he doesn’t value books?’

He will fail. Have no job. Be a waste. And be unhappy.

I had, in that one moment, equated the tearing of the book with him being unhappy. Our fears come from two places: our parents and the culture we were raised in. I’m from South India; we revere books to the point of exaltation. In the South, you parade your Ivy League credentials the way others would their diamonds. Culturally, I had been brainwashed to think that books were the only route to happiness. Was that true? What is happiness? And did my son’s tearing a book mean he was doomed?

More often than not, our anger at our children stems from everything they ‘should’ be to protect them from life’s harshest punishment: unhappiness. But who is to say what unhappiness is? Does having money, fame and success make you happy?

The next time you feel frustrated, angry or impatient with your toddler, middle-schooler or teenager, detach your fears from his actions.

1. Take a deep breath and wait four seconds — that is how long it takes to ‘calm down’.

2. Create physical space between your child and yourself.

3. Re-enter the space, calmer and with the knowledge that their action is making you irrationally fearful.

All you have is now. Connect with your children now and, ironically, they will embrace their truest selves only when you don’t burden them with your fear-driven expectations.