Dananeer Mobeen is having the 'pawri' (party) of her life 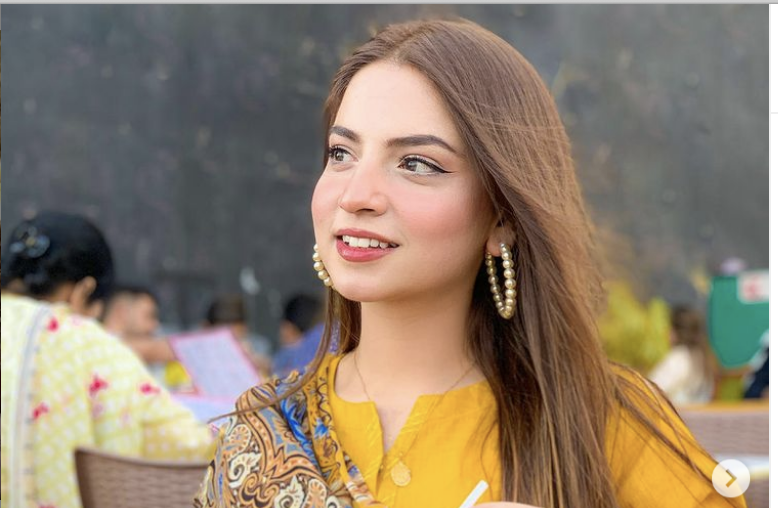 The ‘Pawri Horai Haai’ girl on her viral clip and the love and memes it has spawned.

Talk about breaking the Internet. Dananeer Mobeen, a 19-year-old Instagram influencer has done it like it always happens in the age of the Internet: a less than thirty-second video that goes ‘viral’, turns into a ‘meme’ and boom: you’re an overnight sensation. And when you’ve gone viral for the best reasons, the results are just as wholesome.

Dananeer Mobeen’s ‘pawri horai haai’ video was meant as a joke. Titled ‘When borgors visit northern areas’ and ‘10/10 meme material’, it was a dig at how ‘burgers’ (a term used to refer to the upper-class in Pakistan) talk when they go out to ‘party’ in the hills. While many thought it was real (a number of people believed that this was how Dananeer Mobeen actually speaks), the social media sensation later clarified that she was making a joke and she was thoroughly enjoying the memes around it. The video began circulating on Twitter and gained traction when viral remix sensation Yashraj Mukhate (of Rasode main kon tha fame) took it on. The rest is meme history.

We spoke to Dananeer about what it was like to be the Internet’s favourite girl now, her ‘pawri’ memes have not only flooded Pakistani social media but Bollywood as well.

Her name means wealth, she tells us. “And I’ve got plenty of wealth in the form of love now!” she laughs.

She’s been on various television channels now and her viral video has over 6 million views on her Instagram handle alone. Is she sick of it or is she loving this?

“I don’t think I’ll ever be sick of the memes,” said the young sensation. “I’m being showered with love. The memes are so entertaining and endearing. Some of them are just lovely.” Does she have a favourite meme yet? “There’s a new meme every other minute,” she responds. “It’s impossible for me to choose one!”

Cricket teams, news reporters and influencers have all made their versions. Does she have a favourite celebrity version? “A few hours ago, Mahira Khan did an entire recreation of the video,” Dananeer says. “She complimented me, it was very wholesome. Saba Qamar was the first one to recreate the meme and put it on her story. Deepika Padukone also put one on her feed. These are my favorite memes based on my video!”

In an earlier interview Dananeer mentioned that she wouldn’t go into showbusiness — has she reconsidered her options now? “This is such a new avenue for me, I still have to explore so many aspects of this world right now,” she speaks pragmatically. “A lot of people are contacting me constantly — so I’m just trying to navigate through all of this for the time being and see what I want to do. I don’t want to feel pressured into doing anything, it has to come from the heart. I also want to respect the guidelines and the limitations that my family has set for me. But if there’s an offer that I would love to do, I’d love to talk to my family about it.”

As it is in the age of the Internet, all kinds of reactions follow when something comes forward for public consumption on a mass scale. Dananeer was compared to an ACCA record holder, Zara Naeem Dar, and many said that Zara should have been celebrated more. In a popular morning show (a staple entertainment for Pakistani audiences), Zara Naeem Dar and Dananeer Mobeen were invited together by the host Nida Yasir. How does she feel about the comparison with Zara Naeem Dar and some of the negative memes that flowed in?

“We were on the show together today!” Dananeer responds cheerfully, “There is no competition, which is why the argument died down so fast. But the Internet does have this nature where whenever there’s something too positive, something negative also comes forward, or some controversy gets attached. It’s alright.”

Her positivity is quite inspiring indeed so we ask her the secret behind it. “My family!” she says simply. “They keep me grounded.” Explaining more about the phenomena of Internet hate, she says, “Let’s say there’s a 100 people in a room, 10 people are going to hate on you and the rest of the 90 folks are showering you with love. I prefer focusing on the 90 people who are sending you love instead of the 10 people who are hating on you. I latch on to the positivity for dear life.”

What have you really latched on to, we ask Dananeer. What was that one moment where she absolutely felt flooded with positive vibes? “There was this one tweet,” Dananeer says, “that said that after 70 years of rivalry a young girl from Pakistan has rekindled a wave of positivity and dialogue between the two nations (India and Pakistan) and has created a beautiful trend. That really put it in perspective for me and that was huge for me. I was shook.”

When Celebs joined the ‘pawri’

Saba Qamar recreated the meme with her friend saying, “This is me, this is my friend and we’re watching tv!”

Deepika Padukone recreated the pawri meme as she posted a childhood picture on her Instagram saying, “This is me, this is my horse and this is us partying!”

Ali Zafar recreated the pawri meme on the cricket pitch as he threw a sixer and said, “This is my bat, this is my pitch and that’s my sixer!”

Mahira Khan recreated the meme with Moomal Sheikh and Mahira’s manager Seher Hafeez and other gal pals over the Yashraj Mukhate-Dananeer mix of ‘pawri horai haai’.

Shahid Kapoor recreated the meme with Kunal Khemmu and his friends and remixed it with AIB’s ‘party chalegi’ song.