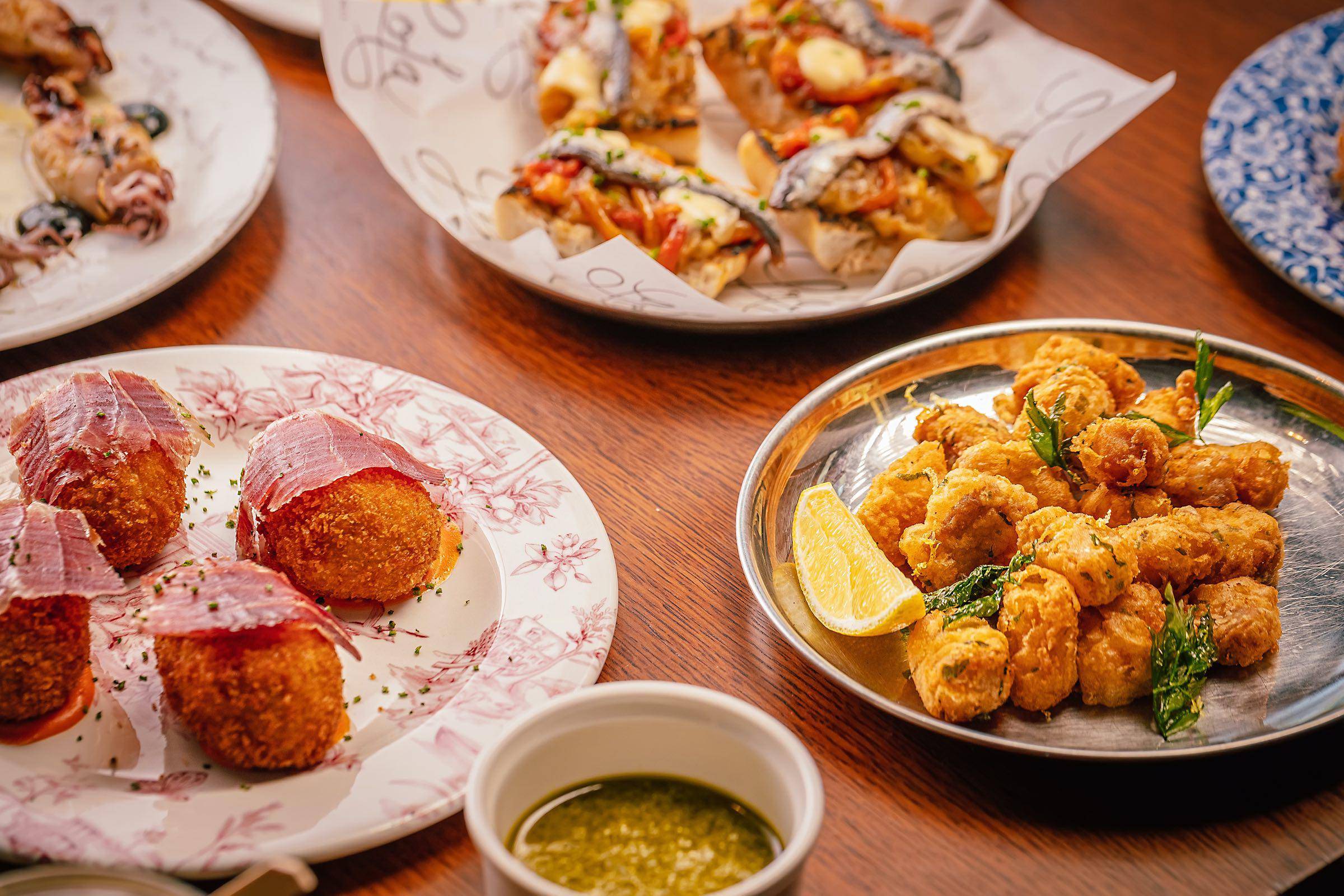 Netflix’s Casa De Papel, Vivir Sin Permiso and Elite, not to mention OSN’s El Embarcadero (The Pier); there’s plenty of high octane Spanish action and drama on our screens but is there sufficient output from this European culinary powerhouse on our plates? Across the UAE the Iberian nation has fair representation with outlets including Dubai’s Salero Tapas y Bodega or Diablito on Yas Island, but when it comes to establishments with the ability to knock out a decent paella we have only one opinion: “mas, por favor.”

The recently-opened Lola Taberna Espanola at TRYP by Wyndham Dubai looks to provide two Spanish dining essentials. The first includes authentic ingredients put together by an expert. Check. The second is housing these meals in a funky and lively though not overbearing atmosphere. Double check. One of the best ways to experience the venue is through its weekend all-in affairs. Viernes de Lunch, obviously on a Friday, is a market-style event featuring food stations, a jamon bar and a paella stand. The unlimited dishes and house beverage offer from 1pm to 4pm is a steal priced from Dh199 to Dh299. Simply presented, pintxos or small pub snacks served on a customary toothpick are brought to each table to start. These encompass bruschetta and various canapés, but always keep your eyes peeled for the Spanish omelette. It is delicious.

Next up hot tapas follows and items are just as easily devoured, each morsel providing a flavourful punch. Croquetas are never unwelcome and at Lola tend to disappear all too quickly. Good job there’s no limit on the re-orders. Slices of jamon, if you’re so inclined, are worth a trip down there (and the fee) alone but the star of the show is the rustic paella, brought out to diners in a traditional huge pot and divided up accordingly. There’s no other word for this classic rice dish featuring both seafood and meat other than ‘superb’. Dessert-wise there’s only one recipe on which we had our hearts set: churros. And they were maravilloso.

Saturdays at Lola are even more relaxed with a more family-friendly atmosphere for Sabados de Lunch. The afternoon will start, as is custom in Spain, with a special aperitif of choice followed by much the same as the Friday series of dishes, served in less of a ‘fiesta’ frenzy. The times and prices are also identical. Thus, it doesn’t really matter which day off you go down, just make sure to book in advance. Tables fill up fast.

UAE Covid-19: Children aged 3 and above must wear masks

Covid-19 in India: One-week curfew in Delhi from tonight