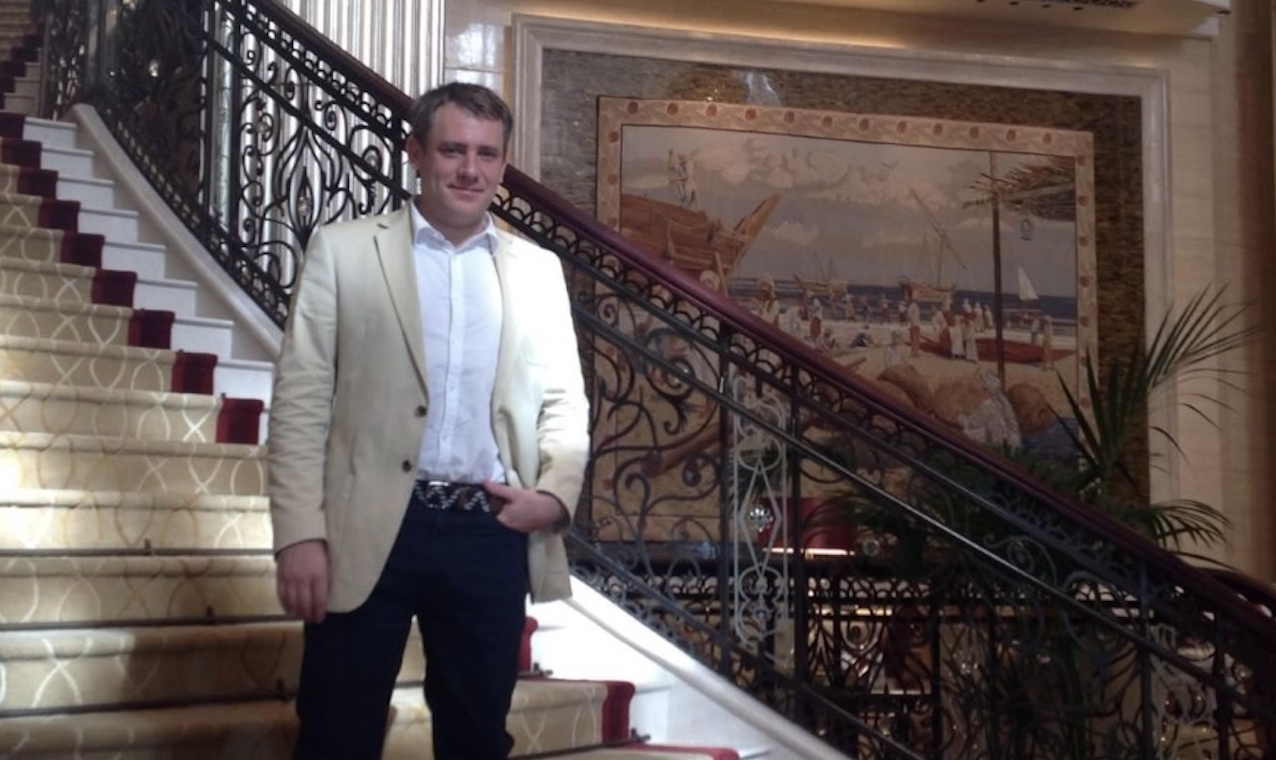 Written during #StayHome measures, The Fall of the House of Thomas Weir is the first in trilogy

DURING OUR TIME indoors in the UAE last year we all began sketching out plans for filling the days, some perhaps increasingly worthy than others. While many dedicated a number of hours charting Joe Exotic’s highs and considerable lows in Netflix’s Tiger King, the more proactive settled on a programme of self-improvement or finishing off those long overdue projects. Ministry of Education English teacher Andrew Neil MacLeod chose the latter. The Scottish native, hailing from Lanarkshire, made his Downtown Dubai apartment balcony a makeshift office and set about completing not only his debut novel, The Fall of the House of Thomas Weir, but also its sequel — securing a three-book publishing deal in the process. With the first installment out on general release this week, we met the writer to find out more.

What can you tell us about your book?

It is inspired by the historic town of Edinburgh with its tales of ghosts, ghouls, witches and weirdness. Underneath the city is a perfectly preserved system of tunnels and vaults. The hero of my story, Doctor Samuel Johnson, was a celebrated wit who wrote the first proper English dictionary, and James Boswell was his close friend and biographer. In my fictionalised account, the two embark on a quest to unravel supernatural mysteries plaguing the city. But what they uncover is darker and more deadly than they could have ever suspected: an evil conspiracy which threatens not just the people of Edinburgh, but the whole of mankind.

How do you feel being a Dubai resident has helped you as an author?

Nowadays, with the focus on ebooks and social media for marketing, it doesn’t really matter where you live. You can communicate with publishers, agents, and most crucially, readers, from anywhere in the world. Dubai is such a great place to be a writer, because although it’s a busy, cosmopolitan city the pace is laid-back. I am fortunate enough to live in the picturesque Old Town, which is like an oasis of calm in the middle of the city. I can go for long walks with my dog to clear my head as I piece together ideas, and when it’s cooler I sit on the balcony to write, surrounded by trees and birds. I greatly admire the leadership of the country who are so invested in promoting arts and culture. Also during #StayHome, hearing residents cheering from their own balconies for the love and support of medical staff was inspiring and motivating, with the heartfelt messages on the Burj Khalifa to stay strong. This support kept me focused and helped me to keep going.

Being Scottish, was your debut always going to be set in your homeland and what is it about historical fiction that drew you to the genre?

My love for Scottish culture, its history and its people is at the heart of everything I do. But you don’t necessarily need to live there to write well about it. In fact living in Dubai has given me the ability to put some things in perspective. I have lots of memories to draw on for inspiration; particularly my memories of Edinburgh, the setting for the first book in the series. Edinburgh is a historical town, and just walking through all its winding back streets makes you feel like you are back in the 18th century.

Did you draw any inspiration for the characters or traits they may possess from people you know in the UAE?

In many ways, the Emirati people remind me very much of the Scots, and there are more similarities than you might expect! Both live in extreme weather conditions that I believe made our ancestors stronger-willed and more adaptable to adversity. I have a great principal in my work place and he reminds me of the strong but fair Highlanders I grew up with. Apart from the fact that both nations love the bagpipes, Emirati culture strongly values hospitality, kindness and humour, and I have experienced so many examples of all these qualities since moving here.

How surprised were you to secure a three-book deal straight away? How can people emulate your success?

I had already completed the first two books when I started the submission process, which definitely helped. Make sure that your book is finished before you start offering it around. Go to sites like Query Shark to help you create your killer query letter. You should submit widely, but choose agents who represent the genre you write in, so you’re not wasting your own time or theirs. Some of the smaller publishing houses accept ‘unagented’ submissions, and that is a perfectly viable route. Finally, YouTube is a great source of information, with lots of confident, younger authors full of great advice. People like Alexa Donne are a great help.

The Fall of the House of Thomas Weir has been released by Burning Chair Publishing as the first in a three-book series entitled The Casebook of Johnson and Boswell.