When Jaya slapped Rekha in front of Amitabh Bachchan 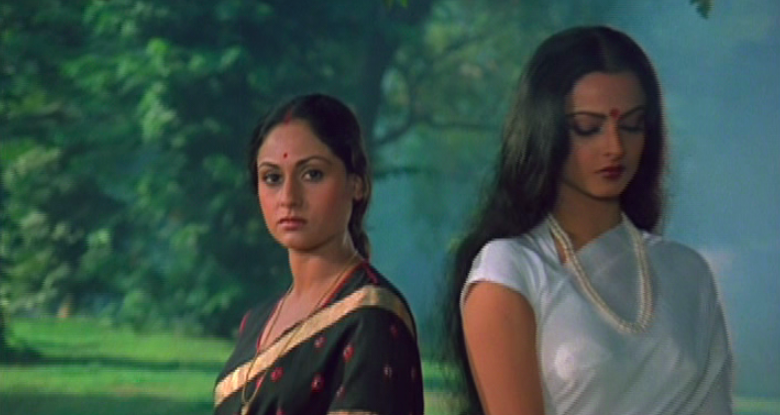 Jaya visited the sets and to her dismay found Amitabh and Rekha speaking in hushed tones.

Amitabh Bachchan and Rekha had amazing on-screen chemistry. This led many tongues to wag about their alleged affair even though Big B was already married to Jaya Bachchan. Jaya would try hard to keep Rekha away from Amitabh.

But an industry insiders' tale reveals that Jaya had failed once to keep Rekha away from Amitabh, who has never spoken in public about the alleged affair.

But the tipping point had occurred over four decades ago. Amitabh and Rekha were about to be cast in a film called 'Ram Balram'. Tito Tony was the producer and Vijay Anand was the director. Jaya pulled out all stops to prevent Rekha from being cast and suggested Zeenat Aman's name to replace it. However, Rekha, who was Bollywood's leading actress at that time, prevailed upon the producer and the director and offered to work for free. Jaya was livid. She failed to convince Amitabh to reject the film. Once the shooting started, Jaya visited the sets and to her dismay found Amitabh and Rekha speaking in hushed tones. She couldn't control her rage and in the heat of the moment slapped Rekha in front of Amitabh and the entire cast and crew of the film. An embarrassed Amitabh immediately beat a hasty retreat.