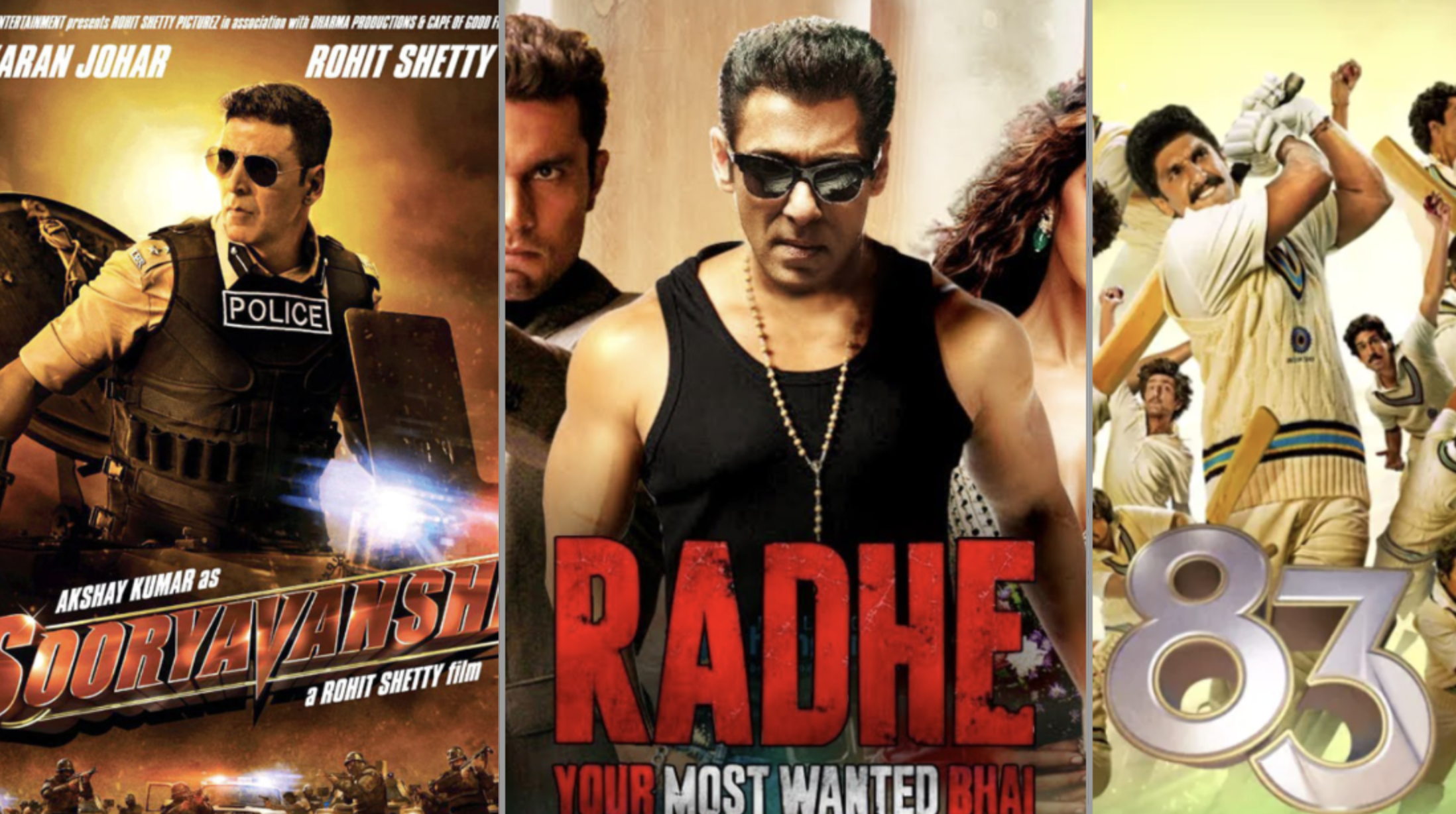 Now, rumours abound that makers of many of the films are weighing the option of direct-to-OTT release

'Sooryavanshi' has been postponed. The Akshay Kumar-Katrina Kaif starrer cop action drama, which was supposed to be Bollywood's first mega release of the year on April 30, has been pushed, with no new release date announced. The reason, of course, is the current Covid situation in Maharashtra.

10 Bollywood stars who have tested Covid-positive

The buzz is the production houses backing the film -- Reliance Entertainment, Dharma Productions, Rohit Shetty Picturez and Cape of Good Films -- were never keen on putting up 'Sooryavanshi, an extravagant Rohit Shetty entertainer, for a direct-to-OTT release. According to sources, the makers are now assessing the situation. They will make a formal announcement around April 10 if they plan to drop the film directly on OTT irrespective of whether it gets a theatrical release.

"Team Sooryavanshi postpones the release of the film. The Honorable Chief Minister of Maharashtra, Uddhav Thackeray had a discussion with director Rohit Shetty yesterday. In the meeting, Mr. Uddhav Thackeray appreciated Rohit Shetty as he took the brave and difficult decision of postponing Sooryavanshi owing to the current Covid situation in the state," a statement issued by the makers of tye film on Monday evening reads.

While Bollywood is in a tizzy over the current shutdown of cinema business in Maharashtra, one of the most important markets for Hindi films, the fate of 'Sooryavanshi' could have ramifications on film trade trends far beyond just the film. Being one of the most important Bollywood biggies of the year, the decision whether such a huge film goes directly to OTT could set the course for other films as far as future exhibition trends go (at least for now), in an industry that is quick to adapt herd mentality.

When cinemas opened up after last year's lockdown, Bollywood was quick to announce a rich line-up of films, beginning March this year right up to the yearend. 'Mumbai Saga', among the first big commercial films to release in cinemas, fared below expectations, what with the public maintaining a cautious stance about visiting theatres. Still, the big films of big banners were undeterred and insisted they would go ahead with release.

While no announcement has been made on any of the above films yet, release of the first lot of films, which were to open over the next few weeks, was already postponed even before the Maharashtra government officially decided to shut down halls owing to the second wave of Covid. These include the Amitabh Bachchan-Emraan Hashmi starrer 'Chehre', the Rani Mukerji-Saif Ali Khan starrer 'Bunty Aur Babli 2' and Rana Daggubati's 'Haathi Mere Saathi'.

Now, rumours abound that makers of many of these films are weighing the option of direct-to-OTT release and that negotiations might be on with digital platforms.

The film trade, however, would prefer to stay optimistic at this point. Most trade experts would rather take a wait-and-watch stance.

"These are speculations, we need to wait for the official announcements. The theatres have shut down so people tend to believe that big films will release on OTT. But let's not speculate. These filmmakers might postpone and release in the theatres," trade analyst Taran Adarsh tells IANS.

"We might have official announcements in a few days. Whenever a project is delayed, 10 to 15 per cent of the budget is lost. You need to restructure the schedules, get dates. Plus, you have to pay interest on the budget. For a 100-crore film, 15 to 20 crore worth interest is charged in a year," he says.

Mohan adds: "Theatres have been shut in Maharashtra and these account for more than 40 per cent of box office collections. It's a huge market and cannot be ignored."

Film trade experts are unanimous in agreeing that, due to Covid, the film industry's monetary suffering has only been worsening over the months since the first lockdown in March last year.